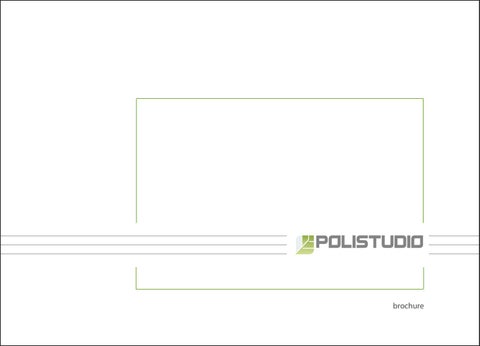 WHO WE ARE Polistudio A.E.S. is an engineering company that provides integrated solutions for architecture and engineering. It can tackle complex projects, ensuring compliance with the budget provided for in the schedule. It was established as an engineering company in 2004, although its origins date back to the early seventies. With a staff of nearly 70 professionals and extensive project management experience Polistudio offers integrated project design and is able to support and follow our costumer through the entire project realization process. In recent years the company has refined knowledge of issues relating to sustainable design to improve the quality of life and for the rehabilitation of the environment, working on aspects of sustainability such as choice of materials and on energy efficiency. Being USGBC (U.S. Green Building Council) associates, we offer our advisory in the design of buildings with low energy consumption, accompanying our costumers through the process of obtaining the LEED certification, coordinating the activities required by LEED standards. Integrated Services LEED Services B.I.M. (Building Information Modeling) Energy Audit Dynamic Building Energy Simulation Class A Buildings Building Retrofit Wooden Buildings Antiseismic Buildings Infrastructures Fire Safety Engineering Site Safety Engineering and Coordination

. “Sistema Metra per forme d’autore” XIII Competition. . “Gandolfi Prize for architectural works” for the design of the Jimmy Monaco Service Center in Riccione.

. “Balnea Pool prize” (2006 - 7th edition), for the architectu- ral design of the Riccione Swimming Stadium. . Award “Cities for a Sustainable Building” for the project of the new school for Maternity, via XX September, Rimini.

INTERNATIONAL EXPERIENCE Polistudio has been able to interact with national and international partners. In these years Polistudio is carring out several projects all around the world

MEP design and supervision of works for the upgrading of building number 4 and external areas of the former Manifattura Tabacchi - Milan. realized project

Architectural executive co-design and supervision of architectural and structural works of the new Swimming Stadium in Riccione.

2013 Client: Private Proposal for realization of wadi resorts and urban planning in Saudi Arabia in the city of Najran.

Architectural concept for the facade of the Shaza Hotel and planimetric layout.

Landscape design for a compound with three villas of 450 sqm each and concept design for a 1200 sqm villa in Hamala.

34 Definitive and executive planning and security coordination through design stage of a healthcare facility in the Municipality of Statte (TA) designated for the Health and Sanitary Department use. Credits: Mechanical and electrical plant: ArevĂ Ingegneria S.r.l. - Noci (BA) Safety coordination on building sites during planning: Nier Ingegneria Our Brochure minimal with a selection of architecture and engineering projects of Polistudio A.E.S.. A brief photo collection of our most si...

Our Brochure minimal with a selection of architecture and engineering projects of Polistudio A.E.S.. A brief photo collection of our most si...