An Epilogue to the novel A Masque of Infamy 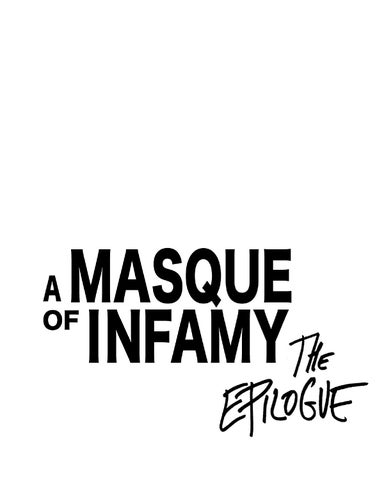 didn’t last long back in Rosemead. Too much had changed inside me. From the moment Mom picked me up at LAX, I knew I’d made a huge mistake. I guess I started making plans to leave as soon as we got back to the house and I saw how much worse the place had become: the overwhelming reek of cat piss, the ratty furniture, the filthy kitchen, the tiny bathroom and all the memories. I was overwhelmed with regret. Everything I’d complained about to my therapists in the Adolescent Ward seemed more real now that it wasn’t just in my mind. My past was all there, right in front of me, where it had all started. Since Mom was worked two jobs, doing home health care and selling Avon, our house was the local hangout. In the afternoons and evenings, all the guys from the neighborhood hung out at our place. The same guys from when we were growing up, the wannabe cholos who used to pick on us for being the only white kids on the street. I didn’t want to go back to the way things were before, when I was the whipping boy, the low man on the totem pole. This time around, I assumed a new identity. Everybody knew I’d been in a mental hospital in Alabama, so it wasn’t difficult to convince them I was really crazy. Nobody wanted to mess with a lunatic. Nate had assumed an impressive role among the other guys. He came up with all the best schemes, which garnered him massive respect. Everybody called him NateGyver.

Because I was his brother, I was soon a full-fledged member of the Columbia Street Mafia. Most nights we went into Monterey Park after dark and stole bikes that were left outside unchained. “Stupid fuckers! It’s their own fault for not taking care of their shit.” That’s how Nate rationalized our operation. We’d take them back to the house and rearrange the parts so they didn’t look the same. Nate always made sure we filed off any serial numbers or other distinguishing marks. For money, we tried doing odd jobs, but if we needed something we just shoplifted it. We stole money from Mom to buy cigarettes and 40 ounce bottles of Old English 800. We smoked pot when it was around. Occasionally somebody would show up with a sherm or a little coke. Century High was a breeze… so much so that I didn’t see much of a point. I made the grade by reading books and playing my guitar. I was getting better at figuring out chords, though I still just made noise and pissed everybody off. I was fine with that. Every month, a social worker stopped by the house to check on things, and once a week, Mom had to take me to see a therapist. But after a while, I stopped going. When it was time to leave, I’d split. Mom would drive around looking for me, but I’d hide out until it was too late. They tried to keep me on medication too, but I wasn’t into taking pills anymore. Periodically, Sandra called the house to check in on me. So did the Tuckers. They always asked if I was ready to go back

to Alabama, whether I’d had my fill of California yet, like I was on some extended vacation and eventually I’d want to go back “home.” Home. I couldn’t help but wonder what that meant. I kept asking myself where I belonged. I didn’t know anymore. Sure, I was born in Rosemead and that’s where most of my family lived: Mom, Nate and my sisters. But wasn’t Alabama just as much a part of me? I mean, that’s where the old man and Joey were. Even though I hadn’t spoken with Joey since my escapade at the Ranch, and the only communication I’d had with my father was a letter he sent me while I was in the RTW. He wrote to me about getting beat up in jail. I felt horrible. How could I respond? I tried, but just couldn’t come up with anything. So with my family splintered, part in California and part in Alabama, where did I belong? Rosemead was a dead end. We were all stuck. Nate and the guys in the neighborhood weren’t going anywhere. Nobody had ambitions. Nobody had a car. The old man’s Cimarron just sat rusting in the back yard, the seats filled with engine parts, an Alabama license plate on the bumper. We just rode our bikes around the neighborhood, looking for a score. Something to ease the boredom. I kept thinking about the song “God Save the Queen.” “There’s no future in England’s dreaming.” There was no future in Rosemead, and my dream of starting a punk band was pretty much shot. Nobody around me

cared about anything but getting fucked up and fucking shit up. “No future.” “No future for you.” “No future for me.” Rosemead was the end of the line. I listened to Never Mind the Bollocks… nonstop. It was the perfect soundtrack to the life I was living. It seemed like all the songs somehow applied my situation: “We’re so pretty, oh so pretty VACANT!” “Too many problems, oh why am I here?” “Fuck this! And fuck that!” I felt lost.

Then, one afternoon, while the house was full of CSM members, the cops showed up, asking about stolen bikes. They lined us all up against the fence, frisked us and shoved flashlights in our eyes and up our noses, wanting to know if we were on drugs. This guy Paul had a buck knife in his pocket, so they put him in cuffs. We knew they couldn’t do shit because we were kids and there wasn’t much they could prove. So what if we had a lot of bike parts lying around? There were six or seven of us. We all had bikes and we switched out parts from old bikes… Nate was really good at talking to the cops, laying it on thick.

While they were still questioning us, Claudia came out with the cordless and said I had a long distance phone call. It was Katie, from the Tucker foster home in Alabama. I asked one of the cops if I could take the call. He shrugged. While I talked to Katie, the cops continued to harass the other guys. “What’s going on?” she asked. “Oh nothing. Hanging out…” “Cool. I just wanted to call and say hello. Rachel and me were talking about you last night.” Katie rambled on for a bit, telling me what the weather was like in Alabama and what her uncle and aunt were up to and that she missed watching MTV with me. “So, when are you coming back?” she asked with all sincerity. It never ceased to amaze me how earnest they were about me returning to Alabama. I usually laughed it off, thinking they were just rubbing it in that I didn’t live in Alabama anymore, seeing as how they thought Alabama was such a wonderful place. But this time, as I looked around at the situation I was in, at the cops treating us like criminals, at Paul leaned over the trunk of the broken down Cimarron in handcuffs, at Nate, gesturing and trying to prove his point that we were innocent: “Search the place! You won’t find anything!” I decided to call their bluff. “You think they’d get me a plane ticket?” I asked. “Shoot, I reckon,” Katie said, her voice suddenly full of excitement. “Rachel says they never expected to stay long, that you were coming back anyway.”

“Will you find out for me?” I asked. “Maybe Rachel could call Sandra or something?” Katie’s voice went up a few octaves. “I sure will!”

It was hard explaining my new decision to Mom. She started to cry and slammed her fist into the kitchen table. “After all the work I went through to keep you here!” I didn’t know what to say. “How many times can you break your mother’s heart?” she asked. I was up to three, as far as I could tell. Mom still had to drive me to LAX. She bitched the whole way there. We were late and I missed my flight. Had to fly standby. But I didn’t mind. Killing time alone in the airport was fun. I had my Walkman and a notebook. I may not have been successful getting a band started in Rosemead, but I was determined to make it happen when I got back to Saks. I just had to find the right guys. Even if they didn’t know how to play any instruments, all we needed was attitude. I had pages and pages of lyrics. And a name: A Masque of Infamy.

By the time I finally caught a flight, I was dead set on making the best of my new life. Even if it meant living in a foster home in bumfuck Alabama, it was still better than anything else I had going on.

A Masque of Infamy is published by Phony Lid Books

The further adventures of Louis Badurey will be released as Walkinâ&amp;#x20AC;&amp;#x2122; with the Beast sometime in 2014. Several parts have already been published in the zine Piltdownlad. To read more by this author, write to: PoBox 86714, LA, CA 90086 or check out www.kellydessaint.com

An Epilogue to the novel A Masque of Infamy

I was loathe to include an Epilogue with the novel, but I bowed to pressure since so many readers disliked the abrupt ending. Personally, I like cliffhanger endings, especially when the story is based on a real life like this one. Anyway, the prose is a little rough around the edges, but what the hell... 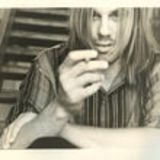