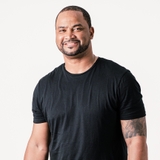 Former Division I football player Pierre Ingram also participated in track and field. Pierre is the offensive coordinator for the Fujitsu Frontiers, a professional American football team based in Japan. Pierre Ingram has garnered several awards throughout his coaching career, including ESPN.com Recruiter of the Year, Final 4 Running Back Coach of the Year, and Rivals.com's 2014 Top 10 Pac-12 Recruiters. Prior to his arrival in Berkeley, Ingram worked as the running backs coach for Dykes at Louisiana Tech from 2010 to 2012, when he was the Bulldogs' head coach. During his final season in Ruston, Louisiana Tech went 9-3 and led the nation in scoring offense and total offense, averaging 51.50 points and 577.92 yards per game. Louisiana Tech was among the NCAA's top 20 in passing offense (3rd, 350.75 yards per game), fewest sacks allowed (7th, 0.83 SPG), turnover margin (10th, +1.08 per game) and rushing offense in 2012, in addition to leading the country in scoring offense and total offense with the fi