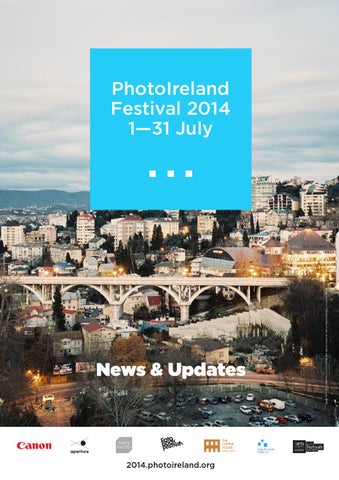 ÂŠ Rob Hornstra / Flatland Gallery. From: An Atlas of War and Tourism in the Caucasus (Aperture, 2013)

PhotoIreland: Celebrating photography in Ireland since 2010.

In 2010, we launched Ireland’s first international festival of Photography and Image Culture: PhotoIreland Festival. We celebrated Ireland’s first Book and Magazine Fair in 2011, dedicated to Photography. This was the germ of The Library Project, a unique public resource library focused on the photobook, opened this year in Temple Bar. The venue includes a specialised art bookshop offering to local audiences the best and freshest publications from around the world.

Celebrating its 5th edition in July 2014, PhotoIreland Festival will focus on how photography and images are used to create and disseminate meaning. Join us this year in Dublin in search of the truth.

ÂŠ Rob Hornstra / Flatland Gallery. From: An Atlas of War and Tourism in the Caucasus (Aperture, 2013)

We seek, produce, use, and consume all kinds of images in our everyday. Whether in the private or the public sphere, we need them for sharing and obtaining details regarding experiences, news, and events. They serve to illustrate ideas that in turn endorse or contest other ideas. With these images, through storytelling, we shape public opinion and enjoy a shared sense of what is true, what is real. The way we understand our reality then is through these fragmented stories that we tell ourselves. Some of them may be accepted as truths, some others understood as mere myths, legends, hoaxes, or lies. It is all about storytelling.

Running 5-31 July — Opening 4 July At The City Assembly, South William Street, Dublin 2 Rob Hornstra and Arnold van Bruggen have been working together since 2007 to tell the story of Sochi, Russia, site of the 2014 Winter Olympic Games. They have returned repeatedly to this region as committed practitioners of ‘slow journalism’, establishing a solid foundation of research on and engagement with this small yet incredibly complicated region before it finds itself in the glare of international media attention. Never before have the Olympic Games been held in a region that contrasts more strongly with the glamour of the Games than Sochi. Just twenty kilometers away is the conflict zone Abkhazia. To the east, the Caucasus Mountains stretch into obscure and impoverished breakaway republics such as North Ossetia and Chechnya. On the coast, old Soviet-era sanatoria stand shoulder to shoulder with the most expensive hotels and clubs of the Russian Riviera. By 2014 the area around Sochi will have been changed beyond recognition.

The Sochi Project was co-founded by the Dutch duo Rob Hornstra, photographer, and Arnold van Bruggen, writer, in association with the design team Kummer & Herrman. Rob Hornstra is a photographer and selfpublisher of slow-form documentary work. He is also the founder and former artistic director of FOTODOK Space for Documentary Photography. Hornstra is represented by Flatland Gallery, Utrecht, The Netherlands. Arnold van Bruggen (texts) is a writer and filmmaker, and founder of the journalistic production agency Prospektor, and a cofounder, with Hornstra, of the Sochi Project. Various elements of the Sochi Project have garnered awards, including the Canon Prize for innovative photojournalism in 2010; the Magnum Expression Award in 2011; the Sony World Photography Award (Arts & Culture category) in 2012; and the World Press Photo award for Arts & Entertainment Stories in 2012.

A grandio for The Soc the City Asse

The first purpose built public art gallery in either Britain & Ireland â&#x20AC;&#x201D; and possibly in Europe.

Excerpts from a text by DONOUGH CAHILL, Executive Director of the Irish Georgian Society

At the time of its construction the City Assembly House on Dublin’s South William Street constituted a tremendously advanced initiative as it stood as the first purpose built public art gallery in either Britain and Ireland and possibly in Europe. It was built by the Society of Artists in Ireland between 1766 and 1771 with the expressed aim of promoting the work of Irish artists and providing an academy for the arts. Its architect is unknown though the street elevation could be by Oliver Grace. Whilst occupied by the Society of Artists, the gallery and academy played a pivotal role in showcasing Irish art but in 1780 the last exhibition was held in the building. In subsequent years it was used for a variety of functions including public auctions and social balls. Trinity College

Dublin’s Historical Society, the world’s oldest student society, met here in 1794 and, five years later, the Bar of Ireland met to discuss the country’s proposed Act of Union with Britain. Since the time it was conceived and built by the Society of Artists, the City Assembly House has played a central role in the public life of Dublin city whether in promoting the arts, serving as the assembly rooms for Dublin Corporation or being the home of the Old Dublin Society and the Dublin Civic Museum. The new lease of life that has been brought to the building by the Irish Georgian Society will ensure that it will continue to play this role into the future.

Read more about its history online >

Searching for the truth. Main Exhibition Co-curated by Moritz Neumüller and Ángel Luis González Fernández, the main exhibition at PhotoIreland Festival 2014 turns the city into a playful treasure-huntstyle thread of exhibitions located in the most unusual places. The final list of international artists involved will be made public in April. Dates: 4-31 July Opening: 3 July Location: Various locations around Dublin

Featured Exhibitions in Dublin The featured exhibitions include a selection of key shows during July. They are programmed by a diverse range of galleries and cultural spaces in Dublin, including: - Gallery of Photography. - National Photographic Archive. - Irish Museum of Modern Art. - Goethe Institut - Instituto Cervantes - Alliance Franรงaise - Istituto Italiano di Cultura and many others. The Canon Open Programme 2014 Offering artists, photographers, curators and organisations the opportunity to put forward events outside the festival theme, the CANON Open Programme 2014 brings to the city of Dublin a vibrant selection of exhibitions. The full list of exhibitions, locations, and dates will be made public in late April.

Summer Campus 2014 A space to converse, reflect and create, at The Banquet Hall, Smock Alley.

PhotoIreland is delighted to present for the first time in Ireland the outcome of the Paris Photoâ&#x20AC;&#x201C;Aperture Foundation PhotoBook Awards. Visitors will enjoy the 30 shortlisted books and the 2 winners, including the First PhotoBook and PhotoBook of the Year, from one of the key photographic events in the calendar. Dates: 4-31 July Opening: 3 July Venue: The Library Project

Kassel ard 2014. Last year, 483 photobooks from 34 countries all over the world were entered for the Fotobook Kassel Dummy Award. The 54 shortlisted books were on display at last yearâ&#x20AC;&#x2122;s Summer Campus. Expect some more great books this year, and why not submit yours too? Check the submission details at www.fotobookfestival.org Dates: 4-31 July Opening: 3 July Venue: The Library Project

PhotoIreland Street Market 5–6 July Celebrating the first outdoor fair in July 2014, PhotoIreland invites expressions of interest from publishers looking to promote and sell their latest materials in Dublin, as well as artists and photographers to sell their printed works.

The Book & Magazine fair becomes in 2014 the PhotoIreland Street Market, offering a unique opportunity for publishers and artists to present their latest publications and prints right at the heart of Dublin’s busiest quarter, in Temple Bar. The location could not be better: the city’s busiest cultural quarter, with thousands of visitors, tourists and locals alike, strolling through the streets every day. All our international guests and portfolio reviewees will be in Dublin these dates, when the main festival events will take place. The market will run morning to early evening on Saturday 5th and Sunday 6th of July. Complementing the offer of activities in the area, The Library Project is hosting The Paris Photo–Aperture Foundation PhotoBook Awards exhibition, and also the Fotobook Kassel Dummy Award 2014; two fabulous exhibitions about the book format.

An essential part of the Summer Campus, the programme of workshops and talks ga under one roof a series of events develope with you in mind.

Improve your skills and critical thinking wi invited professionals. The full list of events be released in late May.

ith the s will

The Library Project A space for inspiration and creativity at the heart of Dublin city.

Born as a result of the first Book and Magazine fair held during PhotoIreland Festival 2011, The Library Project has grown quickly into a modest yet mind blowing selection of key titles in the photobook market. It arrived at the beggining of a craze for this format, as it was becaming an essential tool for photographers to distribute their work. The idea behind the project is simple: to offer local audiences the opportunity to enjoy a comprehensive selection of photobooks that would rarely, if ever, be seen in Ireland. The curated selection holds already over 900 items from 180 publishers worldwide, and welcomes everyone, both individuals and organisations, to contribute to and enjoy this unique public resource library. Currently, the library website offers over 700 items from the collection.

Located since September 2013 right at the heart of Dublin city, in Temple Bar, The Library Project boasts a specialised art bookshop, and a full programme of events in its gallery, with talks, workshops, exhibitions, and book launches. You will be able to enjoy it all during PhotoIreland Festival 2014. Open: Mon-Fri 11-6pm & Sat-Sun 12-6pm. Address: 4 Temple Bar, Dublin 2. URL: http://library.photoireland.org 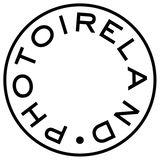 Celebrating its 5th edition in July 2014, PhotoIreland Festival will focus on how photography and images are used to create and disseminate...

Celebrating its 5th edition in July 2014, PhotoIreland Festival will focus on how photography and images are used to create and disseminate...