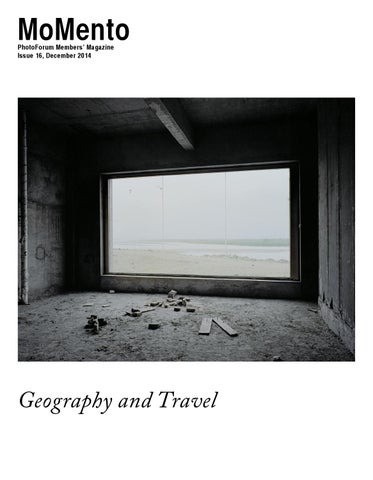 If Progress had a Sound Christine McFetridge

… through metaphor to reconcile the people and the stones. —William Carlos Williams, A Sort of Song

In a dimly lit gallery across the hall from the replica Allosaurus skeleton at the Canterbury Museum, the world hangs from the ceiling. With walls lined with glass cases containing crystals and geodes, one can climb down a stepped recess in the centre of the room and look up at the reliable counter-clockwise spin of ocean, island, continent. When I was a child, I’d lie underneath this Earth turning on its axis with a soft hum, carefully following the contours of peak and vale that began with the Antarctic desert; points on the map transformed by the notion I would one day visit them all. Considering geography and travel in the history of art immediately brings to mind Friedrich’s Wanderer Above the Sea of Fog (1818); a view of the natural world seen from an elevated position to demand our awe and respect. Similarly, characteristics of landscape photography inspire these sentiments. Robert Adams advocates the value of looking at such pictures because, rather than being ‘pointless nostalgia’, they remind the viewer of ‘what could in some measure be ours again.’1 The photographs of Conor Clarke, Anton Maurer, Talia Smith, Zhang Chao and Zhang Kechun emphasise that geography is fundamental to the way we interact with and understand our natural environment. Though the images featured here convey the present day consequences of decades past, they nod with retrospect to a time of humanity’s reliance on the land without an increasing sense of entitlement. Here the human element exists only as background noise, implicit, seen mostly through previous actions, rhythmic like the ‘ghosts of … breath coming and going on … glass’2; construction, discarded objects and old cuts that now heal to scars in the earth. The built elements in Anton Maurer’s photographs seem distinctly out of place in their respective surroundings. In Devon Park Apartments particularly, the building at the centre of the composition sticks out like a figurative sore thumb. Infrastructure creeps through Victoria Park Flyover behind three established oak trees. By showing concern for the original people of the land, the effects of colonisation and the continued and projected development of Auckland in Red Letter Days, Maurer’s photographs emphasise our reliance on geography and how essential it is that we’re appreciative of this. By comparison, Zhang Chao’s depiction of the built landscape seems more familiar because it is the dominant

feature of his body of work, Xian Tianxia—Home. The swift growth in population throughout China has necessitated a similarly rapid demolition and expansion of housing and infrastructure. Apartment-complex eyesores crowd Zhang’s unfeeling city. Here industry is employed purposefully, but it is entirely unsympathetic to a country deeply attached and beholden to traditions of long ago, as visible in the juxtaposition of Rockery and Crane and Ding. Elements of the forgotten, the misplaced and the repurposed are present in the photographs of Talia Smith. Lead us out, lead us out quietly records areas that have been used at one time or another for development or industry but have since become redundant. They’re places you might walk past without giving a second thought, but Smith, who is fascinated by their histories, gives significance to them. She shows us that over time land takes on new meaning, manipulated by those who inhabit it. Or, indeed, those who don’t. Nature allowed to assert itself. Conor Clarke reimages scenes usually associated with being damaging to the environment in terms of the picturesque. Images from In Pursuit of the Object, at the Proper Distance give rise to a sense of feeling that evokes Steiglitz’s Equivalents. As in Smith’s work, Clarke’s photographs convey how our demands and requirements of our geography as a society change and the resultant built landscape. Industrial structures have the capacity to dominate a landscape, creating a sense of alienation and fostering a desire to return to a simpler way of life. This desire to return can be seen in Zhang Kechun’s photographic love song The Yellow River. Using River of the North by Zhang Chengzhi as a point of departure, Zhang records his movements and encounters up and down the Yellow River in China, stressing the negative effects of agriculture, globalisation and increased population on the environment. The images are otherworldly; A House in the Middle of the Sea could easily be a scene from a dream. As the tide washes over stones at the river’s edge, audible above the hammer in The River Seen from a Construction Site, Kechun is hopeful that society will seek a more nourishing relationship with the earth. There is an important distinction to be made between retrospect and nostalgia here, too. Retrospect suggests clarity of thought; of knowledge gained through the experience of past events. The act of looking back in these photographs is not done so through rose-tinted lenses; it is a rational rather than emotional consideration. The artists included here make objective observations, depicting progress and the championing of our geography, emphasising to us ‘changes that have made the past irretrievable.’3 Look carefully and listen. The once soft hum of humanity grows ever louder.

Living in the largest city of a South Pacific Island, I began travelling throughout the rest of the country, producing colour photographs of quiet, detached landscapes. Driven to document the countryâ&#x20AC;&#x2122;s search for identity in an increasingly globalised world, my photographs juxtapose the natural and historic with the industrial and modern. AM

Xian Tianxia—Home (2011–2014) focuses on current living conditions in Chinese cities. China is undergoing a rapid urbanisation, with residential buildings being demolished and replaced by skyscrapers. Almost every city in China is undergoing the same development model. In recent years issues of land, development, demolition and housing have been at the forefront of discussion. Looking around, you can see high-rise residential buildings that all look the same. This phenomenon has aroused my thinking: the grid of the high-rise building will be the home of most Chinese people. However, this kind of home does not seem permanent. Rather, it is a process of destruction, rebuilding, destruction, rebuilding and so on. In this framework the individual is insignificant. The livelihood of individual people is easily ignored. My work aims to arouse people’s concern about quality of life, which I believe cannot be provided for in such rapidly developing cities. People seem to have become accustomed to this era of rapid development, moving from one place to another, adapting and surviving. But everyone eventually needs a spiritual home – a sense of belonging. ZC

Lead us outside, lead us out quietly

Lead us outside, lead us out quietly examines the often-overlooked spaces of industrial areas and failed development sites. Due to economic decline these sites have now lost their past, present and future and have begun to be reclaimed by nature. These spaces are neither glamorous nor beautiful, but there is something within each overlooked and overgrown blade of grass that resonates. By drawing attention to these areas perhaps we will recognise and respond to the quiet, fleeting, often ignored moments in our own lives â&#x20AC;&#x201C; before time passes on again. TS

In Pursuit of the Object, at a Proper Distance

In the tradition of an eighteenth century picturesque enthusiast on the grand tour, I substitute a predictable leading subject (such as the ruin, or mountain scene) for one traditionally not fit for picturesque representation; the steaming tower. Although a familiar sight amongst a man-altered German landscape, my reduced view upon a living, breathing plant becomes a spectacle of pleasing horror; an encounter between Nature and the bi-product of industry. These subjects dominate the frame, no longer abiding by the rules of picturesque composition laid out by William Gilpin. The title acknowledges his suggestion that pursuit is inherent in human nature, while also criticising the trophy-view or ruinchasing nature of the picturesque tradition in which the artist-enthusiast-tourist was able to express good taste through their choice of subject, and ability to follow a recipe rather than to truly observe and depict what they saw. According to the guidelines, Nature must also be viewed at a Proper Distance, to inspire awe. CC

Zhang Kechun, A House in the Middle of the Sea, Shandong, 2010

I was inspired to carry out this photographic project after reading River of the North by Zhang Chengzhi. Attracted by the powerful words in this novel, I decided to take a walk along the Yellow River to experience and feel it â&#x20AC;&#x201C; father-like, broad and wide â&#x20AC;&#x201C; so that I could find the root of my soul. Along the way, the river of my mind was inundated by the stream of reality. The river that was once full of legends had gone and disappeared. This gave me a sense of profound pessimism. Nevertheless, as a vast country with a long history, its future is always bright. There is a descent in the matrix; there is her nutrition to feed her babies; there is the power of creation to cultivate them strongly. The weak moaning finally will be drowned by the shout for joy. From this point of view, it seems, all shall be optimistic. ZK

Conor Clarke Conor is originally from Clarks Beach, Auckland, and graduated from Elam School of Fine Arts in 2005. Her current work is concerned with the post-industrial picturesque, romanticism, travel and experience. She lives in Berlin. www.conorvonclarks.com

Anton Maurer Anton is an Auckland based photographer. His work has been exhibited in New Zealand and Germany and recently published in DPhoto, Excerpt and Incandescent magazines. He was a finalist in the 2014 National Contemporary Art Awards. www.antonmaurer.com Christine McFetridge Christine is a photographer, writer and curator specifically interested in photobooks and Australasian photo-media practice within local and international contexts. She graduated from the University of Canterbury School of Fine Arts in Christchurch in 2012 and is currently based in Melbourne. www.cargocollective.com/christinemcfetridge Talia Smith Talia is a New Zealand born artist, writer and curator currently based in Sydney, Australia. She has exhibited her work widely throughout New Zealand and Australia. Her photographic and video practice examines the traces and marks left on the landscape by human interaction, acknowledging that these sites have histories and stories that need to be told – no matter how small or humble. Zhang Chao Chao completed his MA at the China Central Academy of Fine Arts, Beijing, in 2014. Work from his Xian Tianxia series was included in the Yan Huang Art Museum 2014 group exhibition Starting Point. Chao is a Lecturer at the School of Art and Design, Hubei University of Technology. Zhang Kechun Born in Bazhong, Sichuan Province, China, Kechun is a freelance photographer based in Chengdu, Sichuan Province. He is the author of The Yellow River ( Jiazazhi Press, 2014). In 2014 he was the recipient of the Recontres d’Arles Discovery Award and the winner of the Daylight Photo Awards. www.zhangkechun.com

MoMento, PhotoForum Members’ Magazine Issue 16, December 2014 Published by PhotoForum Inc. PO Box 5657, Wellesley Street, Auckland 1141, New Zealand Volume copyright © PhotoForum Inc. Essay copyright © Christine McFetridge Photographs and accompanying text copyright © the artists Front cover image: Zhang Kechun Inside cover image: Conor Clarke All rights reserved. No part of this publication may be reproduced or transmitted in any form or by any means without permission in writing from the publisher, except for the purpose of fair review. Editor and designer: Shelley Jacobson Printed on Munken Pure by Arctic Paper Printed by Crystal Colour Graphics, Auckland Editor’s Note: MoMento issues 15 and 16 have been published as a pair. Their titles are derived from the Dewey Decimal Classifications ‘990 History of other areas’ and ‘910 Geography & travel’. PhotoForum is a non-profit society dedicated to the promotion of photography as a means of communication and expression. Membership is open to all photographers and those interested in supporting the objectives of PhotoForum. www.photoforum-nz.org 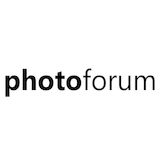