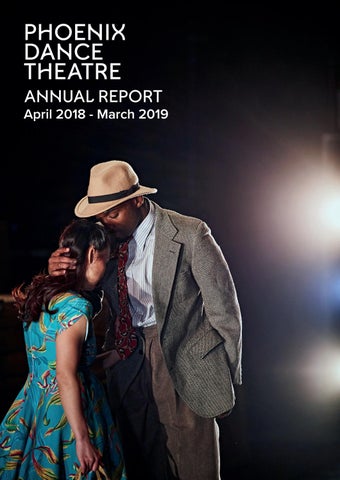 A year of opportunities

In February 2019 Phoenix Dance Theatre collaborated for the first time with neighbours Opera North. We worked together to present a double bill, The Rite of Spring & Gianni Schicchi offering audiences a bite-sized taste of contemporary dance and opera in one programme. The production opened at Leeds Grand Theatre to a sold-out auditorium and continued its sell out run for a further three performances at the Grand and then toured to an additional three large-scale venues.

In January 2019 we welcomed Haitian-born dancer, dancing educator and choreographer Jeanguy Saintus to the studio for the creation of The Rite of Spring. This opportunity provided Jeanguy his UK choreographic debut and saw Phoenix Dance Theatre breathe new life into Stravinsky’s iconic piece while profiling themes of initiation and Haitian vodou often demonised in western media. Since its premiere in February 2019 the piece has received critical acclaim from local, regional and national press.

Increasing black and ethnic minority representation in the arts

Our artistic mission to increase black and ethnic minority representation on stage was further demonstrated following the appointment of two apprentice dancers Elliott Augustine and Jasmine Gordon. Both apprentices performed in our soldout tour of Sharon Watson’s Windrush: Movement of the People. In addition to the appointment of two ethnic minority apprentices Windrush: Movement of the People was commissioned by The Space to be captured for film in December 2018 and was broadcast on BBC Four in February 2019 creating greater awareness of the Windrush generation’s story.

We once again saw an increase in the number of people participating in our workshops, classes and education provision. Most notably, in 2018 we took a group from the Phoenix Youth Academy to perform at the Royal Albert Hall as part of the BBC Ten Pieces Proms.

A year of nominations

OUR ACHEIVEMENTS IN NUMBERS 19,300 people saw the company perform live 35 performances at 18 venues

36% increase in audience numbers 21% of audience members identify as black or ethnic minority.

Over 180 press and media features

1,100 dance education sessions 84% of our audiences are delivered either extremely likely or likely to recommend our work to their The Access & Education friends participants performed to record audience numbers of 82% of our audiences thought over 16,000 increasing 37% on that our work was very good the previous financial year.

MOVEMENT OF THE PEOPLE Phoenix Dance Theatre’s Artistic Director, Sharon Watson, choreographed Windrush: Movement of the People an original, 55-minute contemporary dance production celebrating the 70th anniversary of the arrival of the SS Empire Windrush which brought over 400 Caribbean migrants to the UK. The creation and staging of Windrush: Movement of the People is an example of Phoenix Dance Theatre’s renewed artistic vision that aims to champion choreographic diversity which reflects

the experiences of multicultural Britain. This dance work is the start of a narrative journey in the company’s programming that will speak to a diverse audience. The production aroused interest from audiences and media publications alike and was performed to sold out auditoriums in both our spring and autumn tour of middle scale venues.

In December 2018 after a sold-out tour of Sharon Watsonâ&#x20AC;&#x2122;s Windrush: Movement of the People we received an award from The Space and match funding from Leeds 2023 to capture the production for film. The capture took place at Production Park in South Yorkshire over a two-day period. The film received its television broadcast in February 2019 as part of BBC Fourâ&#x20AC;&#x2122;s Windrush series and the company are in conversation with hyperlocal cinemas for further screenings.

TOURING Our most successful year of the decade Phoenix Dance Theatre’s professional company of dancers delivered a total of 35 performances at 18 middle scale venues or events across the globe reaching a total audience of 19,300 people.

We toured our mixed programme from April – November 2018 and premiered our new production The Rite of Spring in February 2019.

AND POP-UP PERFORMANCES We widened our audience reach through a number of non-theatre performances such as Latitude Festival in July 2018. Windrush: Movement of the People attracted additional performance opportunities at Tilbury Docks, the RAF Museum, Leeds University Student Union in celebration of Windrush Day.

The company performed in China for the first time at the Grand Theatre, Hangzhou and was accompanied on the tour by representatives of Leeds City Council and the LEP on the Hangzhou leg of their initiative to foster closer economic and cultural ties with their Chinese sister city. They, along with their Chinese counterparts, hosted events attended by Phoenix Dance Theatreâ&#x20AC;&#x2122;s Artistic Director and Executive Director.

The Rite of Spring The Rite of Spring saw Phoenix Dance Theatre collaborate with neighbours Opera North for the very first time to present an evening of contemporary dance and opera. Phoenix Dance Theatre’s professional dancers performed the reworked version of Stravinsky’s iconic work alongside Opera North’s 60-piece orchestra in four large scale venues to over 8,000 people. The Rite of Spring was choreographed by Haitian-born Jeanguy Saintus who infused his Caribbean dance style with western contemporary choreography to tell a revised story informed by Haitian vodou, ceremony and celebration. This presented a positive image of a religious practice much misunderstood in western society.

Kirke In October 2018, we presented Kirke, the second work of emerging choreographer, Sandrine Monin and composer Roberto Rusconi. The work was presented at Phoenix at Home 2018 after an intensive R&D process at Phoenix Dance Theatreâ&#x20AC;&#x2122;s studio and in Bern, Switzerland with live musicians woven into the performance.

ACCESS & EDUCATION Our Access & Education department delivered 1,100 sessions nationally, to 5,800 unique participants resulting in 36,000 repeat engagements. Meaning that we increased the number of people we engaged with by 30% on the previous financial year. These figures were achieved through several notable and strategic collaborations

which increased the department’s reach across different communities and a wider cross section of individual users. Below we have outlined just some of our Access & Education department’s headline activity.

GCSE DANCE Building on the success of the GCSE digital educational resources for Christopher Bruce CBE’s Shadows, which sold a total of 39 copies last year and over 340 since its release, we ran Inside Phoenix for a second year. Six schools from across England participated in an intensive day based on the GCSE Dance curriculum, which features Shadows, at our studio and home theatre venue in Leeds. The students and teachers watched a professional performance of Shadows held in the Stanley and Audrey Burton Theatre, participated in a Q+A session with Phoenix Dance Theatre’s dancers and took part in class and repertory workshops. We delivered 24 Repertory Workshops and CPD sessions nationally of which just over 50% were for the Shadows GCSE syllabus.

ILLUMINATE DANCE We continued to deliver our weekly Illuminate Dance classes for children with additional needs. Through the Illuminate programme we aim to improve our participants’ dance techniques as well as their health and fitness whilst supporting them to develop social and communication skills.

Kick Off in partnership with Phoenix Dance Theatre, Northern School of Contemporary Dance, Leeds City College and DAZL offers boys age 13 plus the chance to engage with dance through weekly sessions, performance opportunities and choreographic intensives. It is a unique offer for the boys engaging with a community organisation, a Further Education college, dance conservatoire and professional dance company, which give the boys greater access to the different dance provisions in the city. 72 Kick Off boys took part in 36 workshops.

The No Bounds project aimed at boys was expanded to be delivered across a total of five locations in two West Yorkshire cities, Leeds and Bradford. Phoenix Dance Theatre supported other initiatives within the city aimed at increasing boysâ&#x20AC;&#x2122; participation in contemporary and community dance. The No Bounds participants took part in 173 workshops in the last financial year, engaging over 186 students, four groups from the project performed at our 2018 Summer Platform and our 2019 Spring Platform. Over the school Easter holidays in 2018, Phoenix joined Northern School of Contemporary Dance (NSCD) project, Collide - Boys Dance Takeover which was a one-day project at seven locations across the city targeting boys.

OLDER ADULTS We continued to deliver our Morley Movers dance classes aimed at reducing isolation, improving physical and mental well-being as well as gaining strength and improving mobility. These regular dance classes took place in Morley, an outer city suburb of Leeds, in the local town hall offering participants 55+ the opportunity to dance and have a cup of tea or coffee. On average 56 participants took part in our Morley Movers classes delivered over three terms with Phoenix delivering 41 classes and giving the older adults the opportunity to perform at our Summer Platform.

Are our high quality pre-vocational training programmes for young people aged between 13-19 looking to pursue contemporary dance as a career. We have Academies in Leeds, Newcastle and as of September 2019, York. Phoenix Youth Academy Leeds enrolled 60 students, who participated in over 160 classes and workshops and performed at eight public platforms including; Phoenix at Home and Rodillion Arts Festival. Phoenix Youth Academy North East enrolled 19 students, who participated in over 75 workshops and classes and performed at six public platforms.

Following the Access and Education department’s successful delivery of the BBC’s Carnival of the Animals project (using dance to engage children and young people with classical music), Phoenix’s Youth Academy Leeds was invited to perform at the 2018 BBC Proms in July. A select group of our Youth Academy students performed live at the Royal Albert Hall to an audience of over 5,700.

SCHOOL PARTNERSHIP SCHEME We engaged with two colleges and five schools in disadvantaged areas of Leeds. We delivered over 120 workshops, to 816 students. The Schools Partnership scheme provided GCSE and BTEC tuitions, in-school delivery, after school provisions and taster sessions for some of our dance projects. 108 students attended the open dress rehearsal of our 2018 Phoenix at Home programme.

HOLIDAY ACTIVITY In summer 2018 we delivered our annual summer school for children aged 7 â&#x20AC;&#x201C; 11 years, with 22 participants attending five days of dance classes in our state of the arts studio in Leeds city centre and during the 2018 Easter Holidays delivered our Easter course with 19 young people taking part in five days of workshops and dance classes.

In November 2018 we brought together 80 business leaders from Leeds and the wider Yorkshire region for the launch of One Giant Leap, Phoenix Dance Theatre’s business network aimed at finding advocates for the company’s work and potential corporate supporters. The network watched an intimate performance of Windrush: Movement of the People and had traditional Caribbean food. A second event is scheduled for November 2019.

A fresh look and feel

In June 2019 with thanks to Arts Council England Small Capital Grant and a match funder we will relaunch the company website with the aim to be more accessible for users. The new website will also see the roll out of a refreshed company brand that is contemporary in feel but respectful of the company’s rich history and is suitable across all marketing and communications assets while being distinctively Phoenix Dance Theatre.

In the autumn of 2019 Sharon Watson will return to the studio to choreograph the Company’s next full-length contemporary dance production, Black Waters. This work sees Sharon co-choreograph for the first time in a multicultural collaboration with Shambik Ghose and Dr Mitul Sengupta the Artistic Directors of Indian, Kolkata-based dance company, Rhythmosaic. The piece will draw inspiration from two examples of historical colonialism, the Zong Massacre and freedom fighters who protested against the island prison, Kala Pani and will present wider commentary on the impact of colonialism and the diasporas which have been born from it. 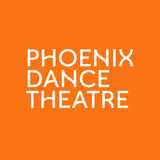