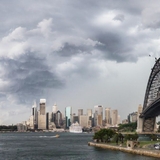 Philip Bart has led the textile industry's 20-year transformation. His textile-focused firms have aimed to increase efficiency, innovation, and quality of Australian textiles. He advocates 'local production' and, where that's not economically feasible, offshore production with the most local content. He has navigated his enterprises through challenging times in Sydney, New South Wales, by considering his employees and customers as equal "stakeholders." Now he's an innovator. Philip Bart started several businesses before entering the textile sector, including an eyewear company. He eventually chose textiles. His background and experience got him in. He applied his lessons, rising to a leadership role in one of the largest textile companies in the Southern Hemisphere.