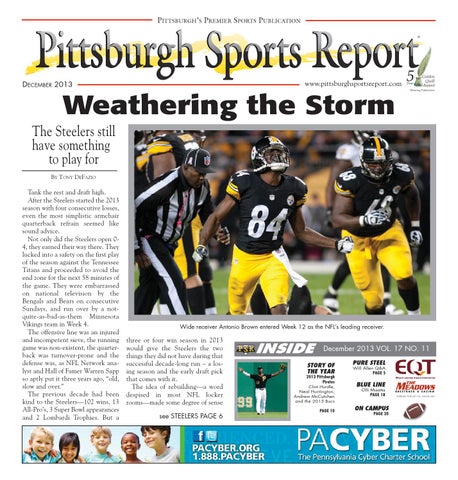 Weathering the Storm The Steelers still have something to play for

Tank the rest and draft high. After the Steelers started the 2013 season with four consecutive losses, even the most simplistic armchair quarterback refrain seemed like sound advice. Not only did the Steelers open 04, they earned their way there. They lucked into a safety on the first play of the season against the Tennessee Titans and proceeded to avoid the end zone for the next 58 minutes of the game. They were embarrassed on national television by the Bengals and Bears on consecutive Sundays, and run over by a notquite-as-bad-as-them Minnesota Vikings team in Week 4. The offensive line was an injured and incompetent sieve, the running game was non-existent, the quarterback was turnover-prone and the defense was, as NFL Network analyst and Hall of Famer Warren Sapp so aptly put it three years ago, “old, slow and over.” The previous decade had been kind to the Steelers—102 wins, 13 All-Pro’s, 3 Super Bowl appearances and 2 Lombardi Trophies. But a

three or four win season in 2013 would give the Steelers the two things they did not have during that successful decade-long run – a losing season and the early draft pick that comes with it. The idea of rebuilding—a word despised in most NFL locker rooms—made some degree of sense see STEELERS PAGE 6 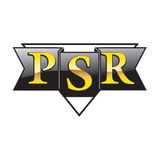