2020 Perspective Hamilton in the Globe and Mail 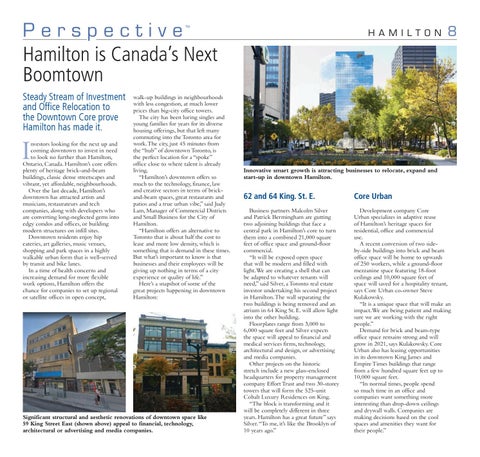 Hamilton is Canada’s Next Boomtown Steady Stream of Investment and Office Relocation to the Downtown Core prove Hamilton has made it.

nvestors looking for the next up and coming downtown to invest in need to look no further than Hamilton, Ontario, Canada. Hamilton’s core offers plenty of heritage brick-and-beam buildings, classic dense streetscapes and vibrant, yet affordable, neighbourhoods. Over the last decade, Hamilton’s downtown has attracted artists and musicians, restaurateurs and tech companies, along with developers who are converting long-neglected gems into edgy condos and offices, or building modern structures on infill sites. Downtown residents enjoy hip eateries, art galleries, music venues, shopping and park spaces in a highly walkable urban form that is well-served by transit and bike lanes. In a time of health concerns and increasing demand for more flexible work options, Hamilton offers the chance for companies to set up regional or satellite offices in open concept,

walk-up buildings in neighbourhoods with less congestion, at much lower prices than big-city office towers. The city has been luring singles and young families for years for its diverse housing offerings, but that left many commuting into the Toronto area for work. The city, just 45 minutes from the “hub” of downtown Toronto, is the perfect location for a “spoke” office close to where talent is already living. “Hamilton’s downtown offers so much to the technology, finance, law and creative sectors in terms of brickand-beam spaces, great restaurants and patios and a true urban vibe,” said Judy Lam, Manager of Commercial Districts and Small Business for the City of Hamilton. “Hamilton offers an alternative to Toronto that is about half the cost to lease and more low density, which is something that is demand in these times. But what’s important to know is that businesses and their employees will be giving up nothing in terms of a city experience or quality of life.” Here’s a snapshot of some of the great projects happening in downtown Hamilton:

Business partners Malcolm Silver and Patrick Bermingham are gutting two adjoining buildings that face a central park in Hamilton’s core to turn them into a combined 21,000 square feet of office space and ground-floor commercial. “It will be exposed open space that will be modern and filled with light. We are creating a shell that can be adapted to whatever tenants will need,” said Silver, a Toronto real estate investor undertaking his second project in Hamilton. The wall separating the two buildings is being removed and an atrium in 64 King St. E. will allow light into the other building. Floorplates range from 3,000 to 6,000 square feet and Silver expects the space will appeal to financial and medical services firms, technology, architectural and design, or advertising and media companies. Other projects on the historic stretch include a new glass-enclosed headquarters for property management company Effort Trust and two 30-storey towers that will form the 525-unit Cobalt Luxury Residences on King. “The block is transforming and it will be completely different in three years. Hamilton has a great future” says Silver. “To me, it’s like the Brooklyn of 10 years ago.”

Development company Core Urban specializes in adaptive reuse of Hamilton’s heritage spaces for residential, office and commercial use. A recent conversion of two sideby-side buildings into brick and beam office space will be home to upwards of 250 workers, while a ground-floor mezzanine space featuring 18-foot ceilings and 10,000 square feet of space will saved for a hospitality tenant, says Core Urban co-owner Steve Kulakowsky. “It is a unique space that will make an impact. We are being patient and making sure we are working with the right people.” Demand for brick and beam-type office space remains strong and will grow in 2021, says Kulakowsky. Core Urban also has leasing opportunities in its downtown King James and Empire Times buildings that range from a few hundred square feet up to 10,000 square feet. “In normal times, people spend so much time in an office and companies want something more interesting than drop-down ceilings and drywall walls. Companies are making decisions based on the cool spaces and amenities they want for their people.”

2020 Perspective Hamilton in the Globe and Mail 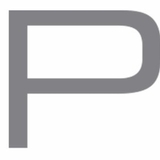