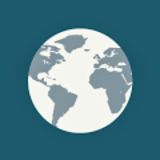 The People’s Weekly World – New York is the online and printed newspaper of the 99% in New York State. It includes regular coverage from leaders of the New York District of the Communist Party USA, telling stories of the people of New York in struggle for working class democracy in New York State, around the United States of America, and throughout the world.

The People’s Weekly World – New York is our most powerful weapon in the fight against the power of the banks, bosses and landlords!