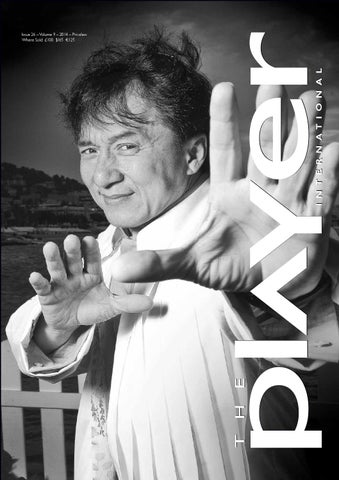 Hosted by Lia Riva, Monaco Boat Service Group and Yacht Club de Monaco, the seventh annual Riva race took place on the 5th and 6th September respectively. The historic sea racing competition included stops in Monaco, Cannes and St Tropez. with just enough time to jump into the Riva trophy 2014 Range Rover to reach the centre of the vil¬lage and then dress up for the special Brazilian Night festival. The next day was a morning of relaxed fun in Saint-Tropez. Brunch was organised in the

board some of the most famous Riva models, such as the Aquariva, Rivarama, Aquarama, Bahamas, Vintage Riva, Ariston and the

square outside the Riva offices and then it was straight back to Monte Carlo, to judge the contest of elegance.

A style contest celebrated later in the final round, with a gala cocktail in the enchanting

Moët Hennessy, sponsors of the event. Participants from Brazil, Japan, England and Italy, along with invited representatives

surroundings of the Yacht Club de Monaco, hosted on the terrace with lounge bar decorated in typical Riva style. The awards

from the press and sponsors such as Vertu, combined with Riva to represent a race full

of surprises, all culminating in Cannes with a mooring test won by Rivale “Vintag”. It was a perfect time to relax before

to Acqua Di Gioia Ariston, captained by Mr Fukuda. Next year’s event looks set to be a

firm favourite on the Riva calendar and

where each participating boat stopped for a picnic and a dip in the sea, a real Caribbean atmosphere ensued. After the short break, racers commenced

hopefully the Player will be entering our own boat. If you are interested in co sponsoring the Player with us you should contact The Player for more information at

the return leg to Saint-Tropez at full speed,

After a briefing in the Riva tunnel and goody bags handed out by Miss Lia Riva, the premium race for Riva enthusiasts kicked off in true Monaco style. The first GO, with the assistance of the YCM, started from the port of Monaco with a destination of Cannes. On