The Enormity of the Possible preview 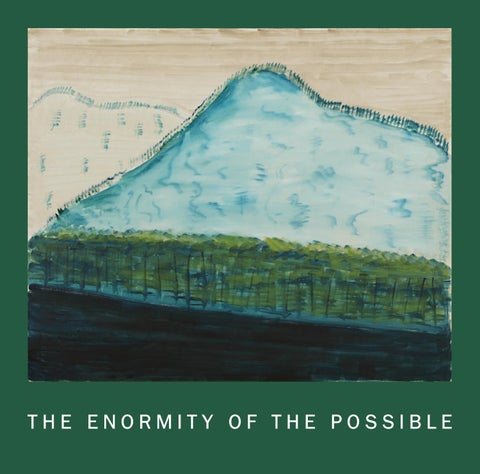 THE ENORMITY OF THE POSSIBLE

With this in mind, we might additionally recognize in Figures on a Beach something like mountains and sea. As is frequently noted, Helen Frankenthaler’s 1952 breakthrough work Mountains and Sea (1952) [fig. 5] had roots in a sideways glance, but, significantly, there was more in its view than Abstract Expressionism. Avery’s thin washes of paint along with Marin’s liquid handling of medium in his late oils were surely relevant to her staining operations; so, too, was the landscape paradigm of Dove, among others.19 It was also likely owing to Frankenthaler and those working through her achievements, like Morris Louis and Kenneth Noland, that the roughly forty-year-old watercolors Georgia O’Keeffe exhibited in 1958 surprised one critic with their “freshness” and the way they “predate styles that are currently being taken as up-to-the-minute modern.”20 that seeming freshness was of course owed in part to the example of O’Keeffe herself, and to watercolors like Light Coming off the Plains No. 1 (1917) that saw the artist enter into a more immediate relationship with her surface, now an active compositional component and completely fused with her richly tinted medium. Such precedents may well have mattered to Louis’ movement from veils and florals to unfurling adjacent bands of color. Likewise, Noland’s concentric circles (1958 -1963) [fig. 6] can seem inheritors of the color-driven orbs within O’Keeffe’s oeuvre as well as that of Dove —those artists’ lingering connection to the material and natural world productively reread by the younger man as an allegiance to the stuff of painting. In addition to continued engagements with its natural terrain, the postwar years saw artistic attention paid to America “as seen on a walk down Broadway,” in Elaine de Kooning’s words, “as man-made.”21 That de Kooning used such phrases in describing Stuart Davis’ subject matter in 1957 makes it no real surprise that five years later Andy Warhol was asked if the former was “one of the fathers” of Pop.22 While apparently “bugged” by such suggestions, owing in part to his distinctive conception of subject matter, it is nonetheless striking that already in Open Book and Fruit (1922) [page 27] Davis was building his composition through commonplace forms — Jasper Johns’ Ballatine Ale cans, or Warhol’s of soup, perhaps not far removed from the older artist’s brew.23 The planes of color in Open Book and Fruit became even bolder and more pronounced in postwar works like Standard Brand No. 2. (1960 -1961) [fig. 7 and page 99], with critics describing Davis’ painting as possessing “hot and electric visual tension” and having the “effect of a good sock on the jaw.”24 Younger artists productively mobilized similar effects and zones of crackling colors in their meditations on a growing consumer culture — think of Lichtenstein’s “POW!” or Warhol’s Marilyn Monroe silkscreens. Before Warhol’s painted women, however, were also the painted figures of Elie Nadelman, another potential father.

The popular entertainers of Untitled (Two Circus Women) (1930 -1935) [page 47] evidence the sculptor’s own early attunement to the America of Broadway. His blending of populist subject matter with classically inflected forms — present as well in Gaston Lachaise’s contemporaneous Acrobat Woman (1934) [page 61] — might even be taken as a precursor to Warhol’s mass-media derived portraiture. The last decade of Nadelman’s life saw him turning from marble and bronze to less durable plaster as he produced more than four-hundred, often visibly worked, figurines Untitled (Group of five plaster figurines), c. 1940 -1946 [fig. 8 and page 69]. The impermanence of his material and multiplicity of his forms are redolent of the mass production evoked at Warhol’s Factory or Claes Oldenburg’s Store.25 Though fundamentally distinct undertakings, these projects were conceived with an eye to a shared, if evolving, capitalism. Nadelman’s late figurines, and particularly their repetition, might also conjure a phrase used by the sculptor with whom we began, Donald Judd, in describing an emergent Minimalism’s approach to composition: “one thing after another.”26 More pointedly relevant to those associated with Minimalism than Nadelman, however, is Davis — Judd’s hot shot. By midcentury, it was important to Davis that in his paintings “You see things as a unit at the same time,” and this desideratum found an echo in Robert Morris’ gestalts as in Frank Stella’s claim of his work that “you can see the whole idea without any confusion…What you see is what you see.”27 Moreover, Davis’ ongoing balance of abstraction and subject matter (objects) offered solutions inventively redeployed within minimalist sculpture.28 What Judd himself was perhaps most struck by in Davis was his “hot” color, as the former put it in his Downtown Gallery review; the sculptor, like the painter, in a sense a colorist above all else despite an acute interest in form [fig. 9]. Illustrating that same 1962 review is Davis’ Unfinished Business (1962). The title offers an apt point of entry to Judd’s text, which applauds Davis’ ability to continue responding meaningfully without ever conforming to the onslaught of new ideas he confronted during his career. It also suggests productive terms for thinking about American Modernism in the postwar era: in more ways than one, its transactions are not yet complete.

The Enormity of the Possible preview 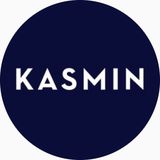