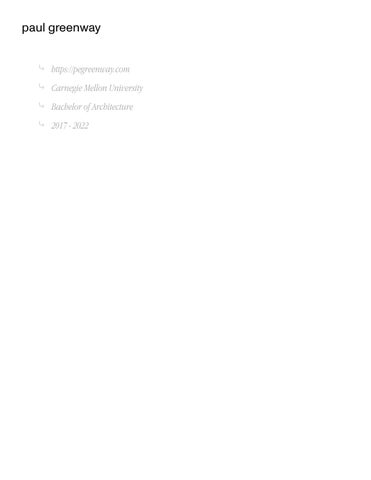 The positioning of these projects is based on the importance of place and the environmental, societal, and cultural characteristics that compose it. Starting from a natural landscape and its resources, the culture that has built up around it, and the current societal context, architecture should be a direct reflection of these distinctly local qualities. Arriving at this outcome has proven to be increasingly uncommon with economic tendencies pushing most modern architectural work to represent the financial limitations and profit driven motives that dictate the industry. Instead, the communities whose cultures are directly influenced by the architecture they inhabit should begin to take up a greater amount of agency in its design and construction at every scale. Moving into the future, architecture should look to reconnect itself at a base level to the people and places it is intertwined with rather than impose top down master planned solutions. The following projects are community centric spaces that aim to feel like a natural extension of their context, considering social surroundings, the environment, and local materials to create a balance between something that feels like it’s always been there while also incorporating new ideas.

This proposal examines the city of Barcelona as a case study for confronting the global housing crisis through the implementation of bottom up community participation in the process of connecting people to land. As a response to market driven speculation, the ever increasing value of property and unrealistic home loans that have resulted in mass eviction and accumulation of personal debt in the city, a grassroots municipalist movement has steadily emerged in Barcelona. 2015, with the election of a new mayor, marked the arrival of this new municipalist government and the potential for bottom up transformation of much of its social structures. The thesis proposal is situated in the current reality of perpetual housing crisis but looks to the potential collaboration between institutions, and bottom up community organization to provide an alternative vision for people’s relationship with housing in an urban context. In terms of precedents, the proposal looks to significant examples of cooperative ownership models and participatory design and construction examples such as FUCVAM in Uruguay and UHAB in New York. In parallel with this, Cedric Price’s Fun Palace project provided inspiration for the unfixed and alterable programming of space through scenario planning and cybernetic principles. The site of the proposed intervention is the vacant ENMASA factory complex, located in Bon Pastor. It is a post-industrial neighborhood located on the urban periphery with a largely working class population that is deeply rooted to the historic significance of industry in this area of the city. The operations of the factory are inextricably linked to the population of the neighborhood and the organization of the surrounding urban fabric. Now with the recent purchase of the site by private developers, gentrification and consequential displacement of the local population lies in the future. To provide an alternative to this timeline, this thesis proposes the redevelopment of the ENMASA complex into a cooperatively owned center for education, sharing of culture and most pressingly the construction and renovation of housing. The proposal looks to become a space for the local community to come together to share and preserve knowledge and ultimately address the issue of unattainable housing costs by taking direct agency in the process of its creation. The core programmatic space, a vast open warehouse, will provide a flexible area for deconstruction, material up-cycling, cataloging, archiving, material production, and assembly construction. The massing surrounding this unprogrammed core space could be more fixed, providing space for programs such as a community library, storefronts, material lab, temporary residences, and office space for professionals. While this balance of fixed and flexible space within the complex is important, ideally the community will be able to change and adapt the program of the space to serve its most important needs. Through a combination of mutual aid construction, circular material reuse, professional support, and government backing, the space will propose an alternate model for the production of housing placed in the hands of a local community rather than subject to the forces of the traditional capitalist model.

A proposal for the new home of the Helsinki Design Museum, the building will serve as both a space for viewing works of Finnish Design as well as an urban center for the community consisting of various public amenities. The site of the museum is Kasarmitori Plaza Square, a central location within the city close to significant public transportation hubs as well as many significant cultural sites. The plaza attracts heavy pedestrian traffic and in order to facilitate this the building is directly embedded into this urban fabric minimally disrupting existing flow paths. To achieve this, the design blurs the line between exterior and interior space through the use of topographic surface and a clear central transparency from the street facade spilling out into the plaza. The topography of this central pathway is an extension of the plaza, bringing public outdoor space into the building.

Two additional areas of research that influenced the architecture of the museum were vernacular design as well as local materiality. Informed by the icons of Finnish design which were often directly inspired by natural resources, the use of local timber heavily influenced the structural logic of the building. The structure of the museum is made from the local timber of nearby forests which is then machined into CLT beams acting as both the structural grid as well as a mechanism for dividing space into programmatic units.

The environmental Learning Center is situated in Garfield, a neighborhood of Pittsburgh currently experiencing high residential vacancy rates. The community has experienced a lack of investment within the neighborhood and as a result a lack of important urban amenities that have likely been one of the key reasons for the vacancies. Through city wide urban analysis, the first part of the project looks to mitigate some of the economic, social, and environmental problems present within Garfield by implementing greenspace/transportation components strategically into existing vacant lots. These components include: public parks, bioswales, bike share stations, and bike lanes.

The main architectural project, the Environmental Learning Center, will act as a new hub for community gathering and public education for the neighborhood. The building itself is sited in a block of vacant parcels and uses terracing to create outdoor seating space out of the sloped terrain. In line with the environmental education goals of the center, the building uses sustainable materials, a well insulated building envelope, strategic solar shading, and a sawtooth roof geometry to collect rainwater and house solar PV’s.

The primary focus of this studio was to first understand the history of The Hill District, both culturally and historically. The neighorhood which has been home to some of Pittsburgh’s most important artistic movements has become one of the most disconnected and underserved regions of the city in present day. Much of the culture is tied to intangible works of arts produced in the neighborhood, most notably the Jazz music performed in the many historic clubs and theaters and the Century Cycle plays of August Wilson, who grew up in The Hill. Despite this immense historic significance, the Civic Arena project of 1967, amongst other political decisions including redlining and major disinvestment in the neighborhood has resulted in the destruction of much of the physical evidence of this vibrant past.

The project proposal is the renovation of the New Granada Theater, an iconic venue of the neighborhood. The design intention is to uncover the rich history of the Hill district that in terms of physical evidence has been largely wiped away by the Civic Arena project which was eventually closed and demolished in 2010. The New Granada redevelopment is a response to this massive cultural loss and a chance to restore and celebrate one of the few standing monuments of the neighborhood’s culture and heritage.

Situated in Garland Park in Pittsburgh’s East Liberty neighborhood, the initial inspiration for this project was to create an enclosed courtyard garden experience within the existing park.

The program is centered around the two enclosed greenspaces that support a local public farmers market and community greenhouse. The street facing mass houses the lobby, office spaces, classrooms and a lecture space while the side adjacent to the park consists of the greenhouse and covered market space.

The secondary driver of the form was the roof which directly relates to the environment through systems including rain collection and dynamic sun shading. The drainage driven form of the roof creates two opposing points of runoff collection in which water-activated gardens would be located

Six Mile Island, a 1,000 foot island in the Allegheny river north of Pittsburgh, is the site for the proposed Museum of Weather. The project focuses on environmental data and more specifically, water purification systems as the main drivers of the design. During the early stages of the project, research about stormwater management and sewage outfalls into Pittsburgh rivers led to the use of wetland and bioswale design principles becoming integral part of the design. Rather than being placed on the existing island, the museum emerges from the terraformed landscape of the island, integrating waterways and larger wetlands into the terrain. As a result, the tranformed island is able to intake polluted river and rain water simultaneously, naturally filtering it as it passes through the soil and roots.

The Breath Eco Lab is the winning entry for the 2020 EPIC Metals Design Competition. The project brief was to create a mobile lab to be used for monitoring air quality across Pittsburgh while fitting within the footprint of a 20ft. trailer and using metal decking as the primary construction material. The proposed design takes advantage of the flexible nature of corrugated sheet metal creating a curved interior space that peels away to reveal gill-inspired openings that house sensors. While the lab provides a small interior space for education and a retractable outdoor terrace, the main feature, a large LED screen on the facade, displays live air quality data to passerbys through a gradient visualization.

The goal of the Hoop House project was to create a small scale greenhouse for a 4’ x 8’ planter bed for the Phipps Conservatory Edible Garden Exhibit.

The initial concept behind the design for the hoop house was to create a system that could offer complete accessibility to all parts of the planter bed while remaining simple and easy to use. The final design was based on a sliding, three module nesting system.

The final form the group decided on was based on a trapezoid shape which was altered to improve water drainage from the roofs of the modules. The overall form was also skewed to one side to increase wind resistance.

Roll With It ROLL WITH IT

Roll With It ROLL WITH IT Isabella, Carly, Paul, Lukas, Maya

inter · punct is a platform for discourse sometimes about architecture, and sometimes at its periphery. The group is run by Carnegie Mellon students. During the past year the group released a magazine series made up of student writings and images focussed on urgent questions. - Climate, Worldbuilding, Race. 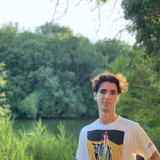