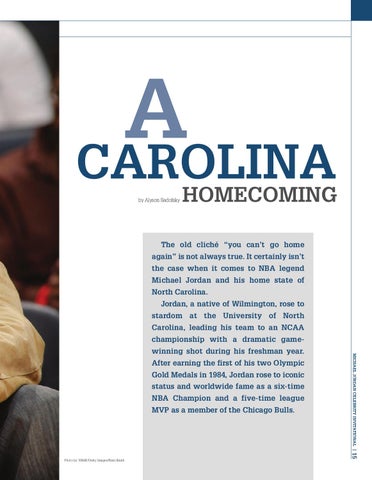 A CAROLINA by Alyson Sadofsky

The old cliché “you can’t go home again” is not always true. It certainly isn’t the case when it comes to NBA legend Michael Jordan and his home state of North Carolina. Jordan, a native of Wilmington, rose to stardom at the University of North Carolina, leading his team to an NCAA championship with a dramatic gameAfter earning the first of his two Olympic Gold Medals in 1984, Jordan rose to iconic status and worldwide fame as a six-time NBA Champion and a five-time league MVP as a member of the Chicago Bulls.

winning shot during his freshman year.