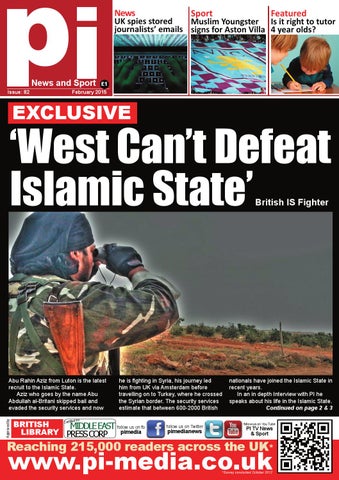 Abu Rahin Aziz from Luton is the latest recruit to the Islamic State. Aziz who goes by the name Abu Abdullah al-Britani skipped bail and evaded the security services and now y rtified b

he is fighting in Syria, his journey led him from UK via Amsterdam before travelling on to Turkey, where he crossed the Syrian border. The security services estimate that between 600-2000 British