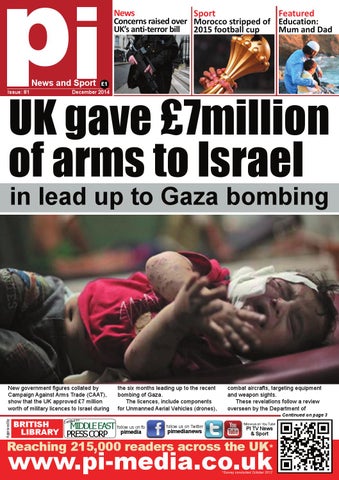 in lead up to Gaza bombing

New government figures collated by Campaign Against Arms Trade (CAAT), show that the UK approved £7 million worth of military licences to Israel during d by Certifie

the six months leading up to the recent bombing of Gaza. The licences, include components for Unmanned Aerial Vehicles (drones),

combat aircrafts, targeting equipment and weapon sights. These revelations follow a review overseen by the Department of