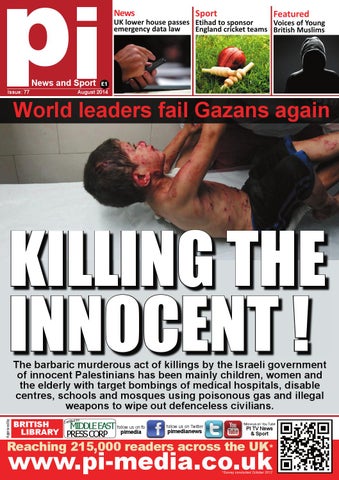 KILLING THE INNOCENT ! Approved by

The barbaric murderous act of killings by the Israeli government of innocent Palestinians has been mainly children, women and the elderly with target bombings of medical hospitals, disable centres, schools and mosques using poisonous gas and illegal weapons to wipe out defenceless civilians. y rtified b