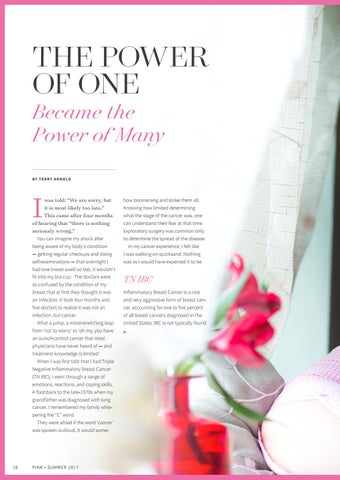 was told: “We are sorry, but it is most likely too late.” This came after four months of hearing that “there is nothing seriously wrong.” You can imagine my shock after being aware of my body's condition — getting regular checkups and doing self-examinations — that overnight I had one breast swell so fast, it wouldn't fit into my bra cup. The doctors were so confused by the condition of my breast that at first they thought it was an infection. It took four months and five doctors to realize it was not an infection, but cancer. What a jump, a mind-stretching leap from ’not to worry’ to ‘oh my, you have an out-of-control cancer that most physicians have never heard of — and treatment knowledge is limited’. When I was first told that I had Triple Negative Inflammatory Breast Cancer (TN IBC), I went through a range of emotions, reactions, and coping skills. A flashback to the late-1970s when my grandfather was diagnosed with lung cancer, I remembered my family whispering the “C” word. They were afraid if the word ‘cancer’ was spoken outloud, it would some-

how boomerang and strike them all. Knowing how limited determining what the stage of the cancer was, one can understand their fear at that time. Exploratory surgery was common only to determine the spread of the disease. In my cancer experience, I felt like I was walking on quicksand. Nothing was as I would have expected it to be.

TN IBC Inflammatory Breast Cancer is a rare and very aggressive form of breast cancer, accounting for one to five percent of all breast cancers diagnosed in the United States. IBC is not typically found 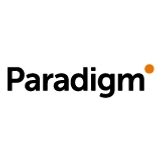