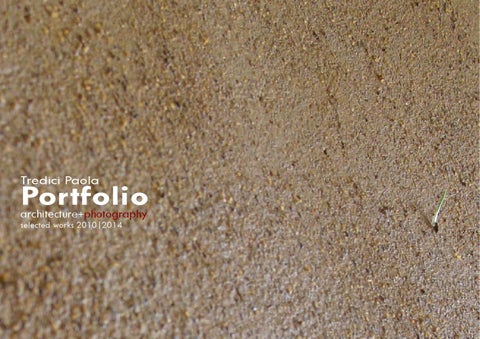 Construction of a new residential complex, located in Varallo Sesia (VC), in the North â&#x20AC;&#x201C; Est of Italy. The buildings of the complex are five of three different types (small, medium and large), with different orientations at the ground. Each building has a symmetrical and rectangular shape: the residential units are separated by a greenhouse, where common areas and lift systems are concentrated in. Every building consists in a three floor above ground structure, and a basement in which parking, cellars and utility rooms are located. The entire masterplan is designed providing a basement connecting all buildings with a underground road lying on the east side of the plan.

Medium size unit. The ground floor houses 4 apartments of about 84sqm; the first floor is provided with different kind of duplex of about 99sqm and 74sqm. Duplex are designed with mezzanine structure and sloping roof with several photovoltaic panels installed on top, for the production of energy. The vertical supporting structure consists of pillars of steel, except for the basement, characterized by reinforced concrete columns and containment wall on the perimeter. The structure in the horizontal floors above ground is composed by steel corrugated sheet with concrete coating and exposed beams made of galvanized steel. The external cladding is made by hollow bricks and equipped with thermal insulation. Interior partitions are made â&#x20AC;&#x2039;â&#x20AC;&#x2039;of modules of prefabricated plasterboard, and properly insulated.

SOLAR GREENHOUSE Key element of the project is the solar greenhouse inserted between the residential units, composing each single building. This space include lift systems and common areas, representing the geometrical center of the project, and also the lighter volume of the building at the same time. During winter season: The cover is inclined at 30° to the horizontal and it’s orientated to the south. The bottom wall of the greenhouse is able to keep heat during the winter months, when the solar rays are low and most close to the horizon. A set of “brise soleil” on the top act as darkening system. During summer season: various movable uprights installed on the roof can be opened during the warmer months of the year; this allows a greater use of space inside the greenhouse, as well as improves ventilation, avoiding overheating during the summer.

This project is the product of a challenge sponsored by the municipality of Arona, with the aim to redevelop the area formerly used as a public slaughterhouse. It was decided to involve the nearby area, currently used for parking, to propose a new multi-purpose center. The project is carried on in the space left disorganized, between parts of the city without a clear logic (and without a usefull urbanistic function).

RESIDENCES and ARTISAN WORKSHOPS The main planning choice was to maintain the original structure and the division of existing buildings, adapting those to new functions and needs. The building on to the west side of the master plan was entirely redesigned: openings in the ground floor were maintained to become accesses for new artisan workshops; and upper floors have become the houses of the craftsmen. To achieve this project it was decided to design multipurpose unit able to house both the workshop and a residence, between duplex or simplex type. Finally every unit has been equipped with an independent ski lift system. Duplex are 43 sq.meters spacious, and are composed by two floors; the first housing the living area and kitchen, and the second floor (mezzanine) for the bathroom and a bedroom with facilities to the terrace of 26 sqm. Natural light comes predominantly from a skylight on the roof, that allows to illuminate both levels of the residence. Simplex are 27 sqm spacious, and all facilities and rooms are organized in only one floor (the first, above every workshop). The roof of each simplex unit is flat and represent the terrace of the duplex described.

SPACES BECOME PLACES OF CONNECTION The corridors of connection between the lake and the outlying areas are defined by the relationship between the different volumes that are parts of the historic center of the town. The designed building is a sculpture, carved and hollowed out by tensions between the spaces and full volumes dominating the masterplan. The building itâ&#x20AC;&#x2122;s a play of subtractions and additions of material that in its cavity houses the living spaces. Thanks to the project the city center, which was initially characterized by several chaotic connections between volumes, finally is reduced to essential connections between two points.

During the year 2011 The Co (operative) Organization of Vedogiovane won the Public Competitive Examination of the City of Fontaneto d’Agogna with the following target: “the identification of social cooperatives willing to build and to manage a local youth center, innovative and multi-functional, integrated with the surrounding nature and sporting facilities. Those aimed particularly for children and adolescents.

According to the philosophy of eco-building, the project of the center is based on a simple geometry. The foundation of the structure has a rectangular base (similar to a “brick” of straw), and it covers an area of ​​about 140 sq.m., expanded to only one floor above ground. Interior spaces are organized into two main areas of 70 sq.m., both specular type and separated by a common porch. The south body of the building will be dedicated to dining and bio-market areas, where the cooperative planned to sell the products of land, cultivated in the surrounding fields. The north part of the building will be a multi-purpose room, conceived to accommodate concerts, conferences and training meetings.

CONSTRUCTION PROCESS Some of the processes to be performed on the straw bale before it can be used as infill walls.

TRIMMING BALES Many bales will need trimming before use, some will need customising to make them fit different spaces in your walls. Basically when you take a normal bale, it may have “fat ends”. By this we mean that on the ends there’s more straw in the centre, between the strings, just where it is most difficult to measure how long tha bale is. By trimming, we mean flattening off the end of the bale so that as much surface area as possible from one bale makes contact with that of the next.

CUSTOMIZING BALES Half bales are always needed, because of the running bond from one course to the next used in bale building. A handy tool for customizing is the custommade baling needle: a solid cylinder of steelwith a handle bent on the end and the other end is flattened and sharpened with two holes drilled through it. If you want to to cut a bale in half, you need to re-tie the bale into two separate halves first, and then cut the strings.

BALE COMPRESSION Constructiongrade bales will compress up to 10mm per bale, whereas more fluffy bales will compress more. As strawbale building has become more mainstream it has become more common to pre-compress the walls, by using heavy-duty ratchet straps at 1-2 m intervals along the wall to give even pressure on the walls. At compression, there is a dramatic change in the stability of the walls, and instead of being flexible stacks they become remarkably solid and reassuring to work on.

Structural aspects To respond to main quality standard of innovation it was required to pay a particular focus to ecological and energy themes, to design the structure and by providing utilities services and technologies of the project. Basement is in concrete strip foundation, because of enforcement legislation. Local regulations also included a structure made of column, beams and covering in wood material. The ecological innovation is given by the use of straw bales for perimeter walls, a choice that involves many aspects. The straw is a waste of the production of cereals, that do not require consumption of energy to produce it. The walls in straw bales provide the building with excellent thermal insulation, almost three times the one provided by a building design with conventional materials. Once plastered with raw soil and lime, walls are highly breathable allowing the passage of steam from the inside towards the outside, and by avoiding the formation of condensation and humidity inside the building, ensuring high performances during both hot and cold seasons. Other features of a straw bale building include: a good sound absorption, a considerable flexibility responding to seismic activity, and a fire resistance 90 minutes rated.

PLASTER OF CLAY Clay is a material composed of fine and lamellar molecules that exhibitÂ plasticityÂ when mixed with water in certain proportions. Once stretched the clay quickly absorbs moisture from the air to saturate, and releasing the excess. This phenomenon makes healthier the habitat indoor. Thanks to the high thermal inertia the raw soil heats very slowly and just as slowly cools. In winter it has the quality of accumulating heat, in the summer can maintain a cool temperature. Like the plaster, also the raw soil has an excellent and better sound insulation capacity, both compared with conventional buildings. Performance of insulation improves when walls are composed by layers of both clay and raw soil. In particular the walls of the project are characterized by three layers. The first coat is need to be very sticky (similar to a mud, obtained with a high percentage of clay) to be able to penetrate into the straw, and it is mostly applied by hand. The second coat can be applied by using a plastic trowel, it is a particular mixture of clay and sand, with the addition of short size chopped straw. The second hand is used to smooth the wall, so it can be up to 5 - 8cm of thickness . A texture of jute is stretched on this coat with the function of grid port-plaster, to prevent the cracking of the surface and make it more elastic and homogeneous. The last hand, that of the finish, has exclusively aesthetic function.

Architecture Sans Frontières UK (ASF-UK) is a non-profit organization that aims to make community and international development issues integral to the practice and teaching of architecture. By running seminars, workshops and live projects, we strive to make architecture relevant to the world’s majority – people who are marginalised or living in poverty. Resilience by Design addresses the need for bottom up sustainable development approaches in both rural and urban areas of the global south.

FEM (Fundación por la Educación Multidimensional) is a non profit organisation, based on volunteering, founded with the main objective of improving individual and collective skills, looking forward to a better life. FEM focuses on three main subjects: habitat, education and culture, and self sustainability. We concentrate on codesign with Base of Pyramid Communities, especially ethnic minorities, and have a holistic and interdisciplinary approach towards problems such as housing, equitable access to markets and ethnic self recognition and collective self esteem.

Architecture Sans Fronti猫res-UK (ASF-UK), and Fundaci贸n por la Educaci贸n Multidimensional (FEM) are working together over the next two years to assist 22 local communities living in the beach/mangrove ecosystem of Cartagena, Colombia to each produce a Territorial Management Plan (PAT, Plan Administrativo del Territorio) for their individual settlement. The PAT is a fundamental aspect of the documentation required in order to obtain collective land ownership titles from the State of Colombia. Links and info: http://resiliencebydesigncartagena.wordpress.com/ https://www.youtube.com/watch?v=aoqqWHc8t1A#t=10 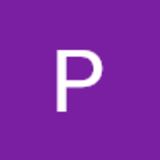