Luxury living according to Devmont

By Katia Jean Paul ith more people downsizing to live in the city and enjoy the amenities Scalia and his brother Joseph established their award-winning development that come with it, one Montreal building company is giving prospecfirm in 1999, following in their father Francesco and uncle Giovanni’s footsteps. An tive homeowners the pick of elegant living spaces with ample room Italian immigrant, Francesco arrived in Montreal from his native Sicily in the 1950’s and convenience only minutes from downtown. Devmont, headed by brothers and ran his own residential development company with his brother from 1965 until Sam and Joseph Scalia, is in the business of 1990. While their father specialized in smallbig spaces and Rouge Condominiums, their scale housing, after testing the waters with a latest project, fits the bill, all the while attractthree-condo project in Rosemont in the mid ing a slew of buyers to an up-and-coming ‘90s, Joseph and Sam quickly developed an area of Montreal: the Triangle district. affinity for undertakings on a larger scale. “We Bordered by Jean-Talon St., De La expanded quite quickly. We went from three Savane St. and Decarie Blvd., the Triangle is units to a project of 150 units in 1999, which home to Rouge, a plush condominium projwe built in a period of about 18 months,” says ect that includes four modern buildings Scalia. “That was always in wood construction. totaling 400 condos to date. Inside this prisIn 2002, we went to the next level. We built a tine residential hub, units ranging from 700 nine-storey building in concrete and that’s to 2,000 sq. ft. pack a stylish punch – think when we started building concrete buildings roomy, open-concept spaces complete with with amenities and lifestyle-type projects.” Mirage-engineered floating floors, nine-foot With a background in mechanical glazed plaster ceilings, two bathrooms with engineering and finance respectively, in 2007, Sam and Joseph Scalia walk-in Neptune showers in 4 ½ condos and Sam and Joseph partnered with the city of up, and large windows overlooking Mount-Royal. What’s more, buyers can cusMontreal’s Accès Condo, a special development project, and erected “Côté Ouest tomize their home and choose among quartz or granite countertops, oak or ther1-2”, two buildings of approximately 300 condos in the area east of Decarie, which mo-plastic kitchen cabinets and different hued backsplashes to outfit the dwelling would later be called, Le Triangle. “It [Côté Ouest 1-2] was the birthplace of this to their liking. And if the made-to-order aspect isn’t appealing enough, the whole Triangle area,” says Scalia. “When we were working with Accès Condo “Fusion” complex, a state-of the-art relaxation and recreational facility on site looking for land, it coincided with the city of Côte-Des-Neiges wanting to boasting a gym, yoga studio, wet and dry steam rooms, and an indoor saltwater redevelop this entire area. That was the pioneer project, which set the whole pool overlooking a rich interior garden – to name a few of the amenities – is likeconstruction of all of Le Triangle. We had the city believing in the area with us.” ly to seal the deal. Just ask the residents of Rouge 1 and 2, both sold out, and The city, Scalia says, plans to invest $35 million to revitalize the area, adding Rouge 3 and 4, of which more than half of the units in each are already spoken more green spaces and a pedestrian plaza along Victoria St., which is sure to draw for. With phase one through four complete, the Scalias are currently at work on more prospective homeowners to the Triangle and the upscale condominiums phase 5, with construction of the sixth and final phase of the project slated to at Rouge. begin in March 2015. Like its predecessors, Rouge 5 and 6 will come equipped So what do the industrious brothers have planned for the future? Only time with the same luxe amenities, including the “Viva Source” complex that focuses will tell. For now, the focus is on making Rouge 5 and 6 the best urban luxury on fitness with a 51-foot lap pool, two-storey complete gym and kids gym, and accommodations Montreal has to offer. “We focus on one project at a time and “Viva Lojj”, a relaxation centre complete with a green terrace boasting commerwe’re really hands-on, involved in the business,” says Scalia. “Right now, we’re cial grade barbecues, a dining area and an urban beach. “Our project basically in the execution stage offers a lifestyle. Once you’re here, you have everything in the complex itself,” says of phase 5 and the Sam Scalia, president of Devmont. “People are very impressed because they feel planning stage of that it feels like boutique hotel kind of amenities. The actual size of the amenities phase 6. Afterwards, and the way they’re finished makes a huge difference and that’s why people enjoy we’ll look for another www.rougecondominiums.com the use of them.” project.” 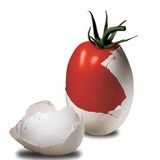