Read us online at PalmsWestMonthly.com

More than 400 children were recently introduced to fishing, boating and more thanks to local and state charitable support.

In dealing with ups and downs of everyday life, it seems that many of life’s lessons can be learned down on the farm.

We’re looking for the Cutest Kid! Does your child have what it takes to be named Palms West Monthly’s Cutest Kid? Enter your child before the Oct. 15th deadline to find out!

each foot carefully on the pads, making sure to center them so your toes cover the “go” sensor and your heel hits the “stop” sensor. The Segway gyrates slightly to keep you balanced. Riders need to be big enough so that their feet cover both sensors and heavy enough to control the device, so young children aren’t really candidates for a Segway ride. Weight guidelines are between 90 and 255 pounds. Beller describes it as a lean-steer frame. The “go” position is a bit like leaning forward. Beller, who’s coached a lot of baseball, calls it the “ready” position in sports. Keeping the knees loose, you lean as if willing the machine to move forward. Pull back, and it reverses.

WELLINGTON — Goldenrod, the road connecting the “haves” and “have-nots” of Wellington’s largest subdivision – Sugar Pond Manor – will literally be cut off in late September as heavy equipment rips out its intersection at Azure Avenue that allows short-cuts between Greenview Shores Boulevard to Big Blue Trace. The work will create a deadend, forcing drivers and school children to travel to and from Wellington Elementary and Landings Middle schools via Wellington Trace. It will also – according to an overwhelming majority of eastern Sugar Pond residents – reduce crime and speeding vehicles on Azure. “It will make that area safer on Goldenrod and Azure,” said Councilman Matt Willhite. “We’ve had numerous calls from residents on both sides of this that have concerns for the safety of them and their homes. There is purely no reason that we are trying to target any type of residents, renters, owners. This is … a safety aspect in how we are looking at this.” In addition to the $175,000 project – unanimously approved in July by the Village Council – is the $200,000 purchase of a .4-acre lot to build a park on the Goldenrod side of the cut-off. The council unanimously approved the purchase of the vacant lot, located just west of the cut-off, at its Aug. 23 meeting. It will replace Goldenrod residents’ loss of access to Azure Park on the single-family side of the C-5 canal. The lot, valued at $89,000, will be purchased from the Charles Trick Trust for $120,000 plus closing costs of $2,765 and the forgiveness of around $3,000 in code enforcement liens. Final cost to the village will be $122,765, said village attorney Jeff Kurtz. “I expect that we’ll start work later in September,” said

Never forget In honor of the 10-year anniversary of one of the most horrifying attacks against the United States, local communities will pay tribute to those who lost their lives. Also, residents share their memories of that fateful day.

Barrels of fun The Acreage Horseman’s Association’s monthly riding competitions are attracting competitors from all over South Florida.

A RIDE IN THE PARK The brand new Segway Tours at Okeeheelee Park offer visitors a chance to see and learn about the park like never before. By ANGIE FRANCALANCIA Neighborhood News Group

WEST PALM BEACH — Taking an 8-mile nature tour may seem a little daunting even to an avid ecologist. But what would you say to riding that distance in a way that still allows for up-close interaction? Wellington resident Andrew Beller’s Green Motion Segway Tours at Okeeheelee Park provides that walk – er, ride – in the park. And because so few people have had the chance to ride the “people movers” invented about a decade ago, the Segways are grabbing a lot of attention. Beller has partnered with Roger Roque, whose company, Kayak King, provides the Okeeheelee boat and bike rentals. Segway Tours shares the rental pavilion. “Segways are perfect. There are lots of pathways through the park that we use,” Beller says. “There are more than eight miles that we can do. We show the park like you’ve never seen it.” Combining park lore, nature facts and plain old sightseeing, Beller has created the only noncity Segway tour in Palm Beach County. “Everybody else is doing this on the street with cars,” he says. Segways are operated using one’s leg strength. Think of the sensation of skiing or rollerblading. Beller describes it as a nice, passive core workout. But be warned: you will be using your muscles! So, if you’re planning to jump on a Segway for the first time, a park setting is the perfect place for your initial ride. Everyone who takes a tour gets a riding lesson first. A short video familiarizes riders with how the Segway operates. Then it’s a lesson in the parking lot before the tour sets out. Position

Front Page: The brand new Segway Tours at Okeeheelee Park offer visitors a chance to see and learn about the park like never before. Controversial Sugar Pond split to begin in September. 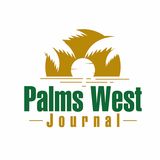