Series Editors: Andrew Linzey, Oxford Centre for Animal Ethics Priscilla Cohn, Penn State Abington The Palgrave Macmillan Animal Ethics Series offers a dedicated platform for the emerging interest in the ethics of our treatment of animals. Providing pioneering works by scholars from a variety of disciplines, this series rigorously but accessibly explores the high-profile challenges that Animal Ethics poses to our traditional understanding of human-animal relations. The Series is produced in partnership with the Ferrater Mora Oxford Centre for Animal Ethics.

For more information on the series please visit www.palgrave.com/PMAES

An Introduction to Animals and Political Theory Alasdair Cochrane A must-read for anyone interested in the ethical debate about how we ought to treat animals. Robert Garner, University of Leicester, UK

An Introduction to Animals and the Law Joan E. Schaffner Breathtaking in scope…an excellent introduction to the complex and contradictory world of animal law. David Favre, Michigan State University College of Law, USA

An exploration of the newly emerging, diverse, and controversial area of animal law. This book presents a basic survey of the laws designed to protect animals and proposes a future where the legal regime properly recognizes and protects the inherent worth of all animals. HB £60.00 | 9780230235632 PB £ 19.99 | 9780230235649

The Costs and Benefits of Animal Experiments Andrew Knight A timely and valuable contribution to the debate surrounding the use of animals in research. Andre Menache, Veterinary

A comprehensive review of recent scientific evidence examining the contributions of animal experimentation to human healthcare. The book looks at toxicity prediction, its necessity during life and health sciences education, its impacts on student attitudes toward animals, and the extent to which animals suffer as a result. HB ÂŁ55.00 | 9780230243927

Animals and Social Work: A Moral Introduction Thomas Ryan A pioneering contribution to the literature of social work ethics and moral philosophy.

Lucidly and cogently, this book argues why it is that animals ought to matter morally to social workers and engages in a sustained critique of the key moral principles that are deemed to underpin practice. It articulates an alternative moral principle that respects individuals irrespective of species membership. This principle informs a revised code of ethics, one which has profound theoretical and practical implications for social work and its practitioners.

Animals, Equality and Democracy Siobhan O’Sullivan A brave new perspective on the inequalities of our treatment of animals. Clive Phillips, Professor of Animal Welfare, University of Queensland, Australia

A fresh view in which the debate on the status of animals is reinvigorated by shifting the emphasis from ethical debate to political debate. O’Sullivan examines the structure of animal protection legislation and finds that it is deeply inequitable, with a tendency to favour those animals the community is most likely to see and engage with. HB £50.00 | 9780230243873

Animals and Public Health Aysha Akhtar A rich, stimulating, and provocative body of material on one of the most important and understudied moral problems in the modern world. Tom Beauchamp, Professor of Philosophy and Senior Research Scholar, Georgetown University, USA

A compelling argument of how human health is adversely affected by our poor treatment of animals. The author contends that in order to successfully confront the 21st Century’s health challenges, we need to broaden the definition of the word ‘public’ in public health to include non-human animals. HB £50.00 | 9780230249738 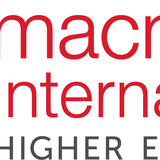