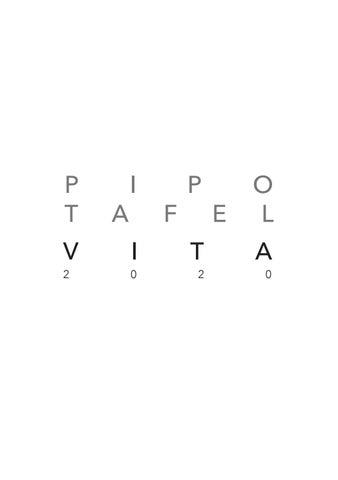 Pipo Tafel has been working for 20 years as an interdisciplinary artist in media, dance and video genres and as a creative artist for clients from different industries and sectors. Pipo fluently speaks German, English, French and Italian, which enhances European liason. He currently lives in Köln, Germany. Pipo studied at the University of Media Arts and Design Karlsruhe. He studied with ULAY, a longtime artistic partner of Marina Abramovic, film director Didi Danquart and actor Bruno Cathomas as well as Professor Hans Beller (film editing) and Ludger Pfanz (script, documentary). Their formative lectures supported him early in his multidisciplinary orientation. Pipo completed his intermediate diploma in 2001 and then changed in his study direction to become a professional dancer focusing on artistic stage dance. After four years at the Folkwang University of th Arts in Essen, Pipo was accepted in 2005 into the two-year D.A.N.C.E. dance/choreography postgraduate program where he worked with professional contemporary dancers and internationally renowned dance companies from all over Europe. During this program, initiated by Jason Beechey, Rector of the Palucca University of Dance Dresden, he met Thierry De Mey, for whom he worked as assistant director for television and theatre productions in Belgium and Italy. Also he worked for William Forsythe, for whom he performed as a performer with his Forsythe Company for the re-opening of the Festspielhaus Hellerau and in Frankfurt, at the Bockenheimer Depot. Wayne McGregor commissioned Pipo for a multi-channel video installation, which was shown in Dresden, Brussels and at the UK premiere of the play at Sadler‘s Wells in London. In 2009 Pipo continued his media art studies and graduated in 2012 with distinction. His diploma film “Breaking” was an exemplar of translating the visions of other artists into visual language. This project was also a collaboration with a number of other creative people he has worked with. Breaking was filmed with the award-winning cinema cameraman Philipp Sichler. The film was shot in 2012 on the Baltic Sea and is still shown at national and international film festivals. Pipo’s collaborations have included the director Thomas Crecelius and cinematographer Thomas Mauch and dancer Mara Tsironi. Also he has been working with choreographer Felix Bürkle, media artist Daniel Berwanger, designer Taro Gragnato, choreographer Ken Ludden, performer Paulo Guerreiro and filmmaker Oscar Loeser. Pipo gained a lot of project experience as a director, choreographer and dancer. He worked as choreographer to adapt the choreographies and developed a notation system of the light art event Speed of Light by NVA which had been premiered as part of the Edinburgh International Festival and London Cultural Olympiad. During the Olympiad, the choreographies could be performed on seven different industrial heritage sites in the Ruhr area by more than 100 marathon runners. In addition he has conceived, applied for, produced, directed and danced in his own

(dance/stage) pieces. As a media artist Pipo has created concepts which have been promoted and awarded numerous times. These were shown and or performed in museums and theatres, such as the interactive installation SHADOWING together with Daniel Berwanger. This project was awarded two art prizes by the ZKM Karlsruhe and the Baden-Württemberg Foundation. The film “Salz im Auge” received the “predicate valuable” by German Film Rating Agency Wiesbaden. For his artistic works Pipo received numerous scholarships including the Arts Foundation of North Rhein-Westphalia, the Kunststiftung Baden Württemberg, the NRW KULTURsekretariat, the German Academic Exchange Service and the German-French Cultural Council, the Leonardo Da Vinci Program of the EU, Tanzplan Dresden, state chancellery of NRW. He was a guest artist at Charleroi Danses Brussels. Some of these projects have been selected for funding by the Tanzhaus NRW Temps d’images festival, the Federal Government Commissioner for Culture and Media, the Filmstiftung NRW and other renowned funding programs. For four years he received a studio scholarship and worked in an artist studio at Kölnischer Kunstverein and at the Chocolate Museum Cologne supported by the Imhoff Foundation in Cologne. Working in these endeavours has shaped Pipo’s style as a creative person who stands for giving his best and striving for the extraordinary. Parallel to his artistic work, Pipo has accompanied events and photo productions in advertising as a videographer and editor of Behind The Scenes clips. He has done propstyling and setdesign for advertising film shoots, e.g. for Citroen or Dr. Oetker together with stylist Carina Musitowski. As a video designer Pipo has been creating video stage designs for choreographers since 2006, such as at the Bremen Theater and the Folkwang Tanstudio. For more than 15 years, he has been documenting dance on video and creating video recordings for companies, choreographers and festivals such as the 4th Biennale of Dance Education Dresden, Leandro Kees, Performinggroup, The Forsythe Company, Malou Airaudo, Folkwang University of Arts, Palucca University for Dance Dresden, Renegade Theatre, David Schnägelberger. Pipo has been a lecturer for ten years and gives interdisciplinary workshops for film/ media and performing arts at universities and for cultural projects. Pipo combines pragmatic and reflected creativity. His curiosity and the ability to respond to changing conditions with great improvisational talent distinguish him as a born creative.

Festival Made in Potsdam, Fabrik Potsdam

hexágon, development and artistic direction of a light performance installation together with Felix Bürkle for Tanzfest TANZLOKAL, Stuttgart 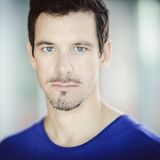