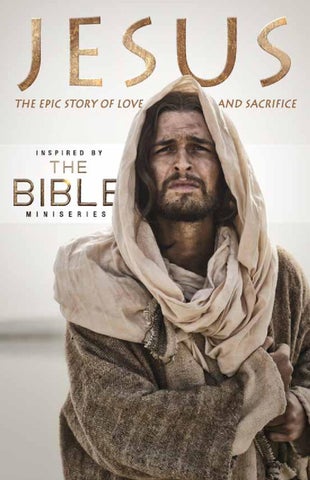 that and sacrifice ve lo f o ry o st ble ory of God The remarka ken from A St ta is et kl o is bo from the follows in th tion adapted za li a n io ct fi a matization, and All of Us— ile it is a dra h W e. bl Bi e s, Th m the true epic miniserie are taken fro ry o st e th f so the main fact els. nt of the Gosp u o cc a l a biblic eath of Jesus garding the d re s il a et d s d events The story give the people an to in ts gh si in ory ’s greatest Christ, giving on. But the st xi fi . ci u cr is H able message surrounding d His remark n a s su Je s a in h d d value is foun st of time, an s stood the te a invite you h e ge W sa e. es pl m o This lions of pe il m f o s ve li changed the f… it for yoursel to experience

Back in his palace, Pontius Pilate continues his running battle with Caiaphas. Roman law dictates that every condemned man should have a sign placed on their cross to indicate their crime. Pilate dictates the wording for Jesus’ sign. “Post these words in Aramaic, Latin, and Greek,” he tells a scribe. “jesus of nazareth: king of the jews.” “He was never our king!” says Caiaphas, who stands by the window watching Jesus’ progress toward Golgotha. “Surely, it should read that he claims to be the king of the Jews.” “The king,” Pilate corrects him. “It stays as I have commanded.” He stares across the room, daring Caiaphas to respond. But the high priest says nothing. The crowd thins as Jesus leaves the city walls behind. Mary, John, and Mary Magdalene walk to the side of the road as it curls steeply upward, just out of Jesus’ sight but always there. This hill is known as Golgotha, or “Place of the Skulls,” because it is believed that the skull of Adam is buried here. Choking dust fills the air, and Jesus can barely breathe. He trips and is immediately whipped. He rises and then trips again. And once more, he immediately feels the sting of the lash. “My Lord,” cries a woman as she steps into the street. Despite the threat of punishment by the guards, she lovingly washes his face with a cloth. But when she urges him to drink from a small cup of water, the guards snatch it away and hurl it to the ground. Jesus and Simon the Cyrene finally arrive at the place of crucifixion. Simon drops the heavy cross and quickly leaves. Jesus, no longer able to stand, collapses into the dust. The Roman

guards spring into action. Coils of rope are unwound and laid flat. Spades dig out the excess earth from the holes in the ground so often used for crucifixions. â&#x20AC;&#x153;I want to see him,â&#x20AC;? Mother Mary murmurs as she strains against the arms of a Roman guard who prevents her from getting close to Jesus. Mary Magdalene sinks to her knees and starts to pray. Mother Mary stands resolutely upright, keeping a distant vigil over her son. John stands next to her, ready to catch her if she collapses from the stress.

Jesus is laid on the cross. The guards stretch out his arms and hammer nails into his hands. His feet are nailed to the cross, one over the other. The sound of his bones breaking fills the air, and Jesus gasps at each new burst of pain. After everything heâ&#x20AC;&#x2122;s endured today, nothing hurts like the moments the nails pierce his feet. Pilateâ&#x20AC;&#x2122;s sign is nailed into the cross above Jesusâ&#x20AC;&#x2122; head: jesus of nazareth: king of the jews. To raise the cross, ropes are attached, one end to the cross and the other to the horse that will pull it to an upright position. The crack of a whip, and the horse walks forward. Jesus no longer sees just the sky above. Now he sees all of Jerusalem in the distance, and his loving mother standing vigil at the base of the cross.

He can barely breathe. His outstretched arms make it almost impossible to draw a breath. Jesus knows he will suffocate. It is not the nails that kill you, but the steady weakening of the body until it becomes impossible for the lungs to expand. The cross is upright. Jesus hangs from it. The executioner’s job is done. Those soldiers who crucified Jesus divided his clothes among them and cast lots for his garment. Meanwhile, those who have watched the crucifixion step forward. Mother Mary weeps with unbearable grief. “Come to save others, can’t even save yourself,” mocks a Pharisee. Jesus hears it all. He moans, and then speaks to God: “Father, forgive them, for they know not what they do.” Two criminals have been crucified on either side of him. The first taunts Jesus: “Aren’t you the Messiah? Why don’t you save yourself and us?” The second criminal responds, “Our punishment is just. But this man has done nothing wrong.” He turns to Jesus and speaks softly. “Remember me, Messiah, when you come into your kingdom.” Jesus turns to him. “Truly, I say to you, today you will be with me in Paradise.” He grimaces in pain. The Romans may have finished their work, but they won’t go home until all three of the crucified men are dead. Now it’s just a matter of time. Mary, John, and Mary Magdalene stand at the base of Jesus’ cross. He is immobile and seems dead. It is now midafternoon, almost time for the start of Passover, just before sunset. The Roman soldiers know that his body must be taken off the cross by then, and are contemplating breaking his legs to kill him quicker, but they will not need to do that. “My God,” Jesus cries suddenly. “My God, why have you forsaken me?” This is the opening line of Psalm 22, King David’s lament for the Jews and a cry for help. Jesus looks down at Mary. “Mother, this is your son,” he tells her, referring to John as he stands at her side. “John,” he adds. “This is your mother.” Mother Mary stands, silent tears running down her face. John places a protective arm around her. Jesus looks away, consumed by the pain in his mortal body. He looks to heaven as a hard wind kicks up. A rumble of thunder sweeps across the land. “I thirst,” Jesus says. In response, a soldier soaks a sponge and raises it up to his lips on a spear. Peter hears the thunder, as he sits alone in the room where his last supper with Jesus took place less than twenty-four hours ago. His eyes are rimmed in red from exhaustion and tears, for he cannot forgive himself for denying Jesus. The coming thunder terrifies him, and he doesn’t know where to run. Pilate hears it, as he awaits sunset inside his palace. Claudia, Pilate’s wife, does, too. She’s certain it’s an omen that her husband did the wrong thing by killing Jesus, and is furious at him. “I told you not to kill him,” she hisses as the thunder breaks. “Hardly the first Jew we’ve killed,” Pilate responds. He lies facedown on a bench, his torso bare and a towel around his waist as a servant rubs oil into his back. “He was different,” Claudia rails. “I told you that.” “Trust me,” Pilate tells his wife, ending the conversation, “he’ll be forgotten in a week.”

Jesus, in a barely conscious fog of pain, hears the thunder. Black storm clouds now fill the sky as he knows that the time has come to leave this world. “It is finished,” Jesus says aloud. “Father, into your hands, I commend my spirit.” The thunder strikes. This bundle of energy, vibration, and sheer power explodes upon Jerusalem. In the Temple, the great curtain is ripped in two, and panicked crowds race to flee the building, leaving their hard-earned sacrificial animals behind. Mother Mary knows it is the signal that her son has died. She stares up at Jesus with a look of utter calm. All the pain she has been suffering is gone, replaced by the peace of realizing that her son will suffer no more.

The terrified Roman guards believe the thunder to be an omen, and they hurry to break the legs of the crucified so they can remove their bodies before Passover. They hastily grab metal rods and swing them hard against the two criminals on either side of Jesus. But they see that Jesus is already dead. To make sure, the Roman commander runs a spear through his side. “He’s dead,” the commander confirms, pulling his spear out of Jesus. He looks across at Jesus’ mother, then back up at Jesus and slowly says, “Surely this man was the Son of God.”

You may be wond ering how this epic sto ry applies to you. You see, Jes us is referred to in Scripture as “th e lamb of God that takes away the sins of th e world.” The Bibl e puts it this way: “For God so lo ved the world th at he gave his on and only Son, th e at whoever believe s in him shall no have eternal life. t pe ris h but For God did not sen d his Son into th condemn the worl e wo rl d to d, but to save the world through hi John 3:16-17 (NIV m.” ) Jesus is God’s inde scribable gift to ma ke it possible for be forgiven of ou all of us to r sins and receive Hi s salvation by grac a moment to let th e. Take is sink in. The God who made you an you gave His only d loves Son to die in your place so that you forgiven of all yo might be ur sins, brought back into right re with Him and be pa lationship rt of His family fo rever. How do you respon d to that kind of sacrificial love? believing and rece Only by iving God’s gracio us gift offered to invite you to pray you. We this prayer below from your heart: Dear Lord, Thank you for lo ving me so much th at You took my pla on the cross for me ce and died . My heavenly Fath er, thank you for Son Jesus to show giving your me how much you love me. I believe th died on the cross at Jesus for me and You ra ised Him from the I could have a rela dead so that tionship with you, and spend an eter you in heaven. Th nity with ank you for forgivi ng and cleansing through His prec me of my sins ious blood. I receive Jesus into my life declare with my mo now and uth that He is my Lord and Savior, am now a child of an d that I God. Amen.

Come Experience The Epic Story of Love and Sacrifice The Story of Jesusâ&#x20AC;&#x2122; death on the cross is part of the greatest story ever told but his death was far from the end of the story. Three days later He triumphantly rose from the dead and sent his followers out into the world as witnesses to the incredible story of His resurrection and the hope of eternity for all people 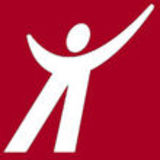 Jesus: The Epic Story of Love

Jesus: The Epic Story of Love