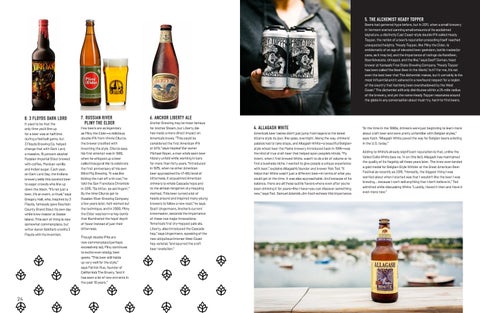 Beers had garnered hype before, but in 2011, when a small brewery in Vermont started canning small amounts of its acclaimed signature, a distinctly East Coast-style double IPA called Heady Topper, the notion of a beer’s reputation preceding itself reached unexpected heights. “Heady Topper, like Pliny the Elder, is emblematic of an age of elevated beer geekdom, bottle trades (or cans, as it may be), and the importance of ratings via RateBeer, BeerAdvocate, Untappd, and the like,” says Geoff Deman, head brewer at Kansas’s Free State Brewing Company. “Heady Topper has been called ‘the Best Beer in the World.’ Is it? For me, it’s not even the best beer that The Alchemist makes, but it certainly is the most influential and it ushered in a newfound respect for a region of the country that had long been overshadowed by the West Coast.” The Alchemist still only distributes within a 25-mile radius of the brewery, and yet the name Heady Topper resonates around the globe in any conversation about must-try, hard-to-find beers.

It used to be that the only time you’d line up for a beer was at halftime during a football game, but 3 Floyds Brewing Co. helped change that with Dark Lord, a massive, 15 percent alcohol Russian Imperial Stout brewed with coffee, Mexican vanilla and Indian sugar. Each year, on Dark Lord Day, the Indiana brewery sells this coveted beer to eager crowds who line up down the block. “It’s not just a beer, it’s an event, a ritual,” says Gregory Hall, who, inspired by 3 Floyds, famously gave Bourbon County Brand Stout its own day while brew master at Goose Island. This sort of thing is now somewhat commonplace, but writer Aaron Goldfarb credits 3 Floyds with its invention.

Few beers are as legendary as Pliny the Elder—a delicious double IPA from Vinnie Cilurzo, the brewer credited with inventing the style. Cilurzo says his first attempt was in 1995, when he whipped up a beer called Inaugural Ale to celebrate the first anniversary of his own Blind Pig Brewing. “It was like licking the rust off a tin can,” he told the San Francisco Chronicle in 2015. “So bitter, so astringent.” By the time Cilurzo got to Russian River Brewing Company a few years later, he’d worked out the technique, and in 2000, Pliny the Elder was born—a hop bomb that illuminated the hops’ depth of flavor instead of just their bitterness. Though double IPAs are now commonplace (perhaps excessively so), Pliny continues to excite even stodgy beer geeks. “This beer still holds up very well for the style,” says Patrick Rue, founder of California’s The Bruery, “and it has seen a lot of new entrants in the past 10 years.”

Anchor Brewing may be most famous for Anchor Steam, but Liberty Ale has made a more direct impact on America’s brews. “This could be considered the first American IPA or APA,” says Hopleaf Bar owner Michael Roper, a man who’s seen beer history unfold while working in bars for more than forty years. “Introduced in 1975, when no other American beer approached its 47-IBU level of bitterness, it acquainted American drinkers to whole Cascade hops and to the almost-forgotten dry-hopping method. This beer turned a lot of heads around and inspired many young brewers to follow a new road,” he says. Scott Ungermann, Anchor’s current brewmaster, seconds the importance of those two major innovations. “America’s first dry-hopped pale ale, Liberty, also introduced the Cascade hop,” says Ungermann, speaking of the now ubiquitous intense West Coast hop varietal, “and spurred the craft beer revolution.”

America’s beer tastes didn’t just jump from lagers to the latest bizarre style du jour, like gose, overnight. Along the way, drinkers’ palates had to take steps, and Allagash White—a beautiful Belgianstyle wheat beer the Maine brewery introduced back in 1995—was the kind of true craft beer that helped open people’s minds. “My intent, when I first brewed White, wasn’t to do a lot of volume or to find a business niche. I wanted to give people a unique experience with beer,” explains Allagash’s founder and brewer Rob Tod. “It helps that White wasn’t just a different beer—in terms of what you could get at the time. It was also approachable. And because of its balance, there are all these subtle flavors where even after you’ve been drinking it for years—like I have—you can discover something new,” says Tod. Samuel Adams’s Jim Koch echoes this importance.

“At the time in the 1990s, drinkers were just beginning to learn more about craft beer and were pretty unfamiliar with Belgian styles,” says Koch. “Allagash White paved the way for Belgian beers existing in the U.S. today.” Adding to White’s already significant reputation is that, unlike the fabled Celis White (see no. 14 on this list), Allagash has maintained the quality of its flagship all these years later. The brew even landed a gold medal for Belgian-Style Witbier at the Great American Beer Festival as recently as 2015. “Honestly, the biggest thing I was worried about when I started was that I wouldn’t like the beer I was brewing… because I can’t sell anything that I don’t believe in,” Tod admitted while discussing White. “Luckily, I loved it then and I love it even more now.” 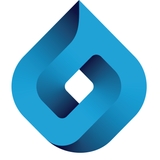