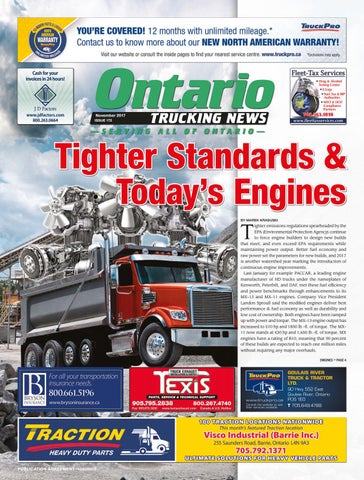 —SERVING ALL OF ONTARIO—

ighter emissions regulations spearheaded by the EPA (Environmental Protection Agency) continue to force engine builders to design new builds that meet, and even exceed EPA requirements while maintaining power output. Better fuel economy and raw power set the parameters for new builds, and 2017 is another watershed year marking the introduction of continuous engine improvements. Last January for example PACCAR, a leading engine manufacturer of HD trucks under the nameplates of Kenworth, Peterbilt, and DAF, met these fuel efficiency and power benchmarks through enhancements to its MX-13 and MX-11 engines. Company Vice President Landon Sproull said the modified engines deliver best performance & fuel economy as well as durability and low cost of ownership. Both engines have been ramped up with power and torque. The MX-13 engine output has increased to 510 hp and 1850 lb.-ft. of torque. The MX11 now stands at 430 hp and 1,650 lb.-ft. of torque. MX engines have a rating of B10, meaning that 90 percent of these builds are expected to reach one million miles without requiring any major overhauls. EMGINES > PAGE 4 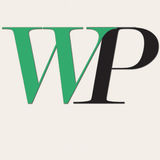