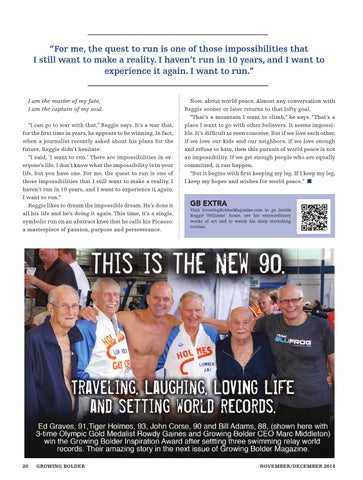 “For me, the quest to run is one of those impossibilities that I still want to make a reality. I haven’t run in 10 years, and I want to experience it again. I want to run.”

I am the master of my fate, I am the captain of my soul. “I can go to war with that,” Reggie says. It’s a war that, for the first time in years, he appears to be winning. In fact, when a journalist recently asked about his plans for the future, Reggie didn’t hesitate: “I said, ‘I want to run.’ There are impossibilities in everyone’s life. I don’t know what the impossibility is in your life, but you have one. For me, the quest to run is one of those impossibilities that I still want to make a reality. I haven’t run in 10 years, and I want to experience it again. I want to run.” Reggie likes to dream the impossible dream. He’s done it all his life and he’s doing it again. This time, it’s a single, symbolic run on an abstract knee that he calls his Picasso: a masterpiece of passion, purpose and perseverance.

Now, about world peace. Almost any conversation with Reggie sooner or later returns to that lofty goal. “That’s a mountain I want to climb,” he says. “That’s a place I want to go with other believers. It seems impossible. It’s difficult to even conceive. But if we love each other, if we love our kids and our neighbors, if we love enough and refuse to hate, then this pursuit of world peace is not an impossibility. If we get enough people who are equally committed, it can happen. “But it begins with first keeping my leg. If I keep my leg, I keep my hopes and wishes for world peace.” n

Visit GrowingBolderMagazine.com to go inside Reggie Williams’ home, see his extraordinary works of art and to watch his daily stretching routine. 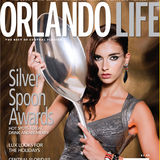