The most important: always ask! It is always better to acknowledge that you do not know or understand some issue than perform your task in a wrong way and deal with consequences of ill-considered actions.

Conscientiousness and concept of working time In Finnish working life, it is very important to respect the schedules and timetables. The crucial thing is, to know how to take the initiative and to know how to act independently but still in strict accordance with the working rules and principles. Finns like to be punctual to the minute. Punctuality is the matter of respect for your co-workers. Keep it in mind and be on time (or even 5 minutes earlier just in case to make sure that you are not going to be late). Finns follow strictly scheduled timetable of work. It means that your working hours are stated in your agreement and you should follow those statements to avoid possible misunderstandings. Deadline means the serious time commitment when the certain task has to be finished by time.

Communication “Say what you mean and mean what you say” As you have probably noticed Finns aren’t the most talkative nation in the world. They are rather perceived as men of few words and it reflects in their work life. Communication is very straight-forward. Do not expect long speeches and comments. Also, they do not like long documents and essays. Thus, using the written tools, try to be strict and specific. Power point presentation with interesting and firm content is far more preferable than long Word document. You have to be ready for rather cold feedback from your boss. If there is no comment about quality of your work it usually means that you are just doing it well. However, if you feel like you need a direct and substantive supervision, ask for it

Religion and working life The main denomination in Finland is Evangelical-Lutheran Christianity. Finland is not so religious country and because of that, a religious belief does not belong to Finnish working culture. However, the effect of religion in working life can be visible in certain holidays through the yearly calendar for example Christmas and Eastern are statutory holidays in Finland. In some workplaces, there are places when employees can say a prayer during determined breaks but it is a rare practice. In general, the visible signs of denomination like scarfs are permitted but only in accordance with working standards and Finnish industrial safety regulations.

You have the right to say “no” In Finnish working culture you have a right to say “no” but always in accordance with the rules of kindness and common respect. Thus, you can resist of performing some task when you feel that you are not able to deal with it, but always explain why and what is the problem you have at this point. Finns consider ability of saying “no” as an asset of reliability and honesty. Assertiveness is the best policy in your working life. 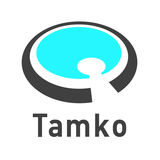