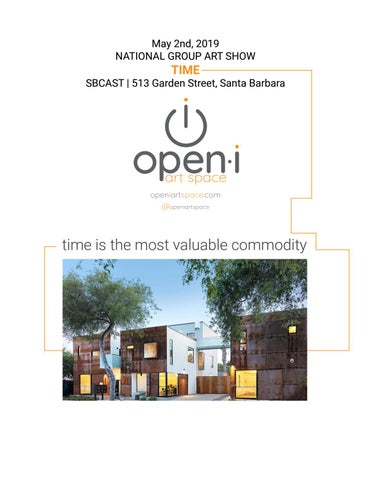 time is the most valuable commodity

“The wisest are the most annoyed at the loss of time.” Dante Alighieri “They say time heals all wounds, but that presumes the source of the grief is finite” “Time is an illusion.” Albert Einstein “The strongest of all warriors are these two — Time and Patience.” Leo Tolstoy

“You will never find time for anything. If you want time, you must make it.” Charles Buxton

About: Chiho Harazaki was born and raised in the countryside of Japan. She spent every summer of her childhood with her

sculptor uncle at his studio in the mountains. His lifestyle and his thoughts about art were a big influence on her. After she moved to the US, she found her true happiness and purpose in making art. Ever since her first tape art piecewas selected for her college’s student art exhibition in 2014, Harazaki has been fascinated by using electrical tape for her art. Tiny pieces of tape, cut by precision knife and scissors, create each detail used to compose a whole picture. The hand-cut shapes and lines are reminiscent of traditional Japanese arts like woodcut and paper cutting. Informed by her experiences living in both Japan and America, Harazaki’s subject matter includes a variety of cultural, historical, architectural, and lifestyle elements.

About: Tyler Hobbs is a generative artist from Austin, Texas. For each work, Tyler writes a custom computer program

specially designed to create an abstract image. His work focuses on the interplay of randomness and order, and draws inspiration from paint, vegetation, and naturally occurring patterns.

About: The whitewash series is the artist’s collection of ‘all original’ monochromatic work designed of rough geometric

shapes composed to be dynamic and engaging, with compositions shifting depending on both perspective and lighting; shadows and the patterns they create play an important role in this work. This piece is tied directly to nature in my mind and two moments in ‘time’ that occur each day, the sunrise &amp; sunset.

About: Beth of Lenabethe Media &amp; Design has spent the last 35 years exploring the disparate elements of design through

various media and techniques. These have included painting, printmaking, collage, paper, photography, fabric, glass, ceramics, beads, sculpture, wood, food, and anything else that can be used or tried. Her work has been shown both nationally and internationally. An avid photographer and traveler, textures, patterns and images from around the world are often a part of Beth’s creative process.

About: These photographs investigate the deteriorating remains of places cloaked in shards of concrete, textured rust,

steel and fragmented glass. The allure of these spaces, be they: old gas stations, boarded-up road side grocery stores, crumbling homes, shuttered hospitals, mills provides the opportunity to visually address: decay, silence and the loss of purpose.

A meditation on lost time, revealed through color-- the capture of cascading light and/or the opacity of shadows, the dimensionality of atmosphere and silence. For me, these deteriorating environments hold a certain mystique, for example, how the patina of time is defined through rust or the emergence of green –the brilliant hues of nature reclaiming a lost presence. It is the conceptual artistic idea of visually now quiet remains. Documenting universal time: simultaneously future—present—past: a transliteration of those who once lived, worked and/or inhabited these now quiet remains.

About: Paintings are landscapes of personal interaction; poems to the love of line. Working with non-linguistic communication such gesture, body language, lingering looks and gossip. Amy’s work is anthropological and personal, ponderings on the great themes of life, love and leisure.

About: “Loomvoice 2001” and “Loomvoice 1055” is a multimedia diptych that explores how time equates to labor and how

labor equates to value. The piece comprises an invoice I billed a client in 2016 (on the left) and a textile I wove (on the right). The work is an attempt to reclaim my artistic time lost to my second “career” as a freelancing graphic designer. I did this by weaving for the length of time that I billed my client. By translating this invoice into a weaving, I produced an art object that “equates” to some defined monetary value; however, is this relationship one of strict equivalence or is the defined monetary value a lower bound for the art object?

About: Carolyn Schlam is an award winning American painter, sculptor and glass artist born and raised in New York City.

She studied painting with Norman Raeben, youngest son of the Yiddish writer Sholem Alecheim, in Carnegie Hall Studios, and glass-making at Urban Glass in Brooklyn. She is currently an artist-in-residence at Studio Channel Islands in Camarillo, California where she continues in the pursuit of her passionâ&amp;#x20AC;&amp;#x201D;painting in oil, drawing from life, and crafting confections of glass and other media. This mixed media work is called Reflect/Refract and portrays a woman of advanced age sitting in a chair holding a poem she has written about aging. In the mirror is a vision of her younger self.

About: I see time as relative, not linear; depending on one’s perception and experience, it can stand still, warp, stretch, or shorten. For example, in Untitled No. 36, an otherwise straight line is warped and dramatically pushed out by a circular object, analogous to a certain period of time being elongated and stretched out in one’s private reality and experience unrelated to what the linear time may be at the time. This could be a time frame when one is faced with difficulties or in a dire and unforeseeable circumstances in which one’s perception of time naturally slows down. In addition, sometimes time can stand still as in a scene in a movie or in a vacuum even though physical time continues to pass. Untitled No. 37 represents such idea, as the line below and the other aligned objects above seem to linger airborne in a parallel line each, keeping the space between the black line and the other objects, never to be crossed or met. There is a sense of vacuous stillness in the space in between which is reminiscent of time being stilled and stalled despite the actual flow of linear time.

About: This experimental video aims to show the interplay between metros and time in the world metropolises. It celebrates the similarities and differences in cultures by using the metros as a looking glass device and time is concept between the locations. Metro and train systems are common infrastructures, found across various cultures, and utilized daily by the masses, regardless of their nationality, ethnicity, religion, age, and political leanings. Moreover, they encompass intrinsic human trait of commuting to schools, workplaces, and of returning to homes and families. As such, metros and trains act as equalizers and connectors. The videoâ&amp;#x20AC;&amp;#x2122;s rationale is inspired by portraying these dynamics in the context of time. https://bit.ly/2VyMMPr

‘the progression of time leads

to abstraction of life’

time is the most valuable commodity

About the exhibition: What is time? Is it a thing? Does it even exist? Can we move forward and backwards in time as Physics shows or are we only moving forward within the Arrow of Time? Can time be spiritual, existential, metaphysical or only scientific? This exhibition will explore interpretations of time through the creative process in all medias. May 2-12, 2019 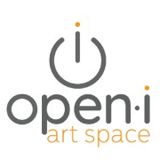