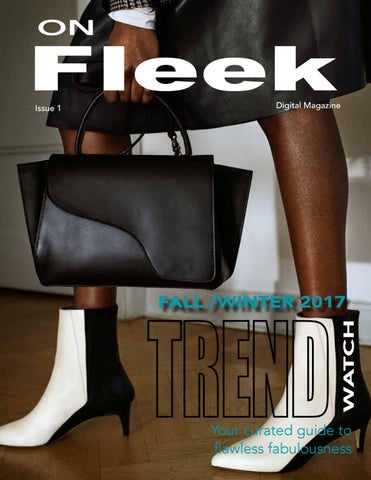 Your curated guide to flawless fabulousness On Fleek Digital 1

FLEEK Saks Fifth Avenue, Jennifer Lopez and Missoni team up for the Key to the Cure

ctober is Breast Cancer Awareness month, which is why Jennifer Lopez will act as the official ambassador for the Womenâ&amp;#x20AC;&amp;#x2122;s Cancer Research Fund in this yearâ&amp;#x20AC;&amp;#x2122;s Key to the Cure campaign. Ms. Lopez is promoting the exclusive 2017 Key To The Cure t-shirt (shown here), created by Missoni, known for its colorful geometric motifs. Guests may find the design exclusively at Saks Fifth Avenue stores in the U.S., Canada and on saks.com, which has sponsored the collaboration, from October 1 to October 31. J-Lo is in great company with other past ambassadors and designer collaborations, which have included celebs like Halle Berry and Christian Louboutin, Jennifer Aniston and Peter Dundas, Gwyneth Paltrow and Karl Lagerfeld.

One hundred percent of proceeds from the $35 t-shirt will be donated to twelve local cancer charities, including American Cancer Society, Breast Cancer Research Foundation and TGen Foundation, among others. Saks.com.

Jennifer Lawrence looked stunning in a design from the Fall 2017 Atelier Versace collection. She wore a delicate nude-illusion gown comprised of thousands of individual chains in an intricate web-like formation for the UK premiere of her movie â&amp;#x20AC;&amp;#x2DC;Mother!â&amp;#x20AC;&amp;#x2122; at Odeon Leicester Square.

Coach announced the launch of Coach x Selena Gomez, a new collection in partnership with the actress and singer during New York Fashion Week. The line features the Selena Grace, a bag designed by Selena in collaboration with Coach Creative Director Stuart Vevers.

The Bodyguard re-released for 25th Anniversary

ho can forget Whitney Houston’s dynamic career in music and entertainment? We loved the many characters she played on the silver screen but it was her performance as Rachel Marron in “The Bodyguard” that made us look. Now fans can relive the magic as Legacy Recordings (in cooperation with The Estate of Whitney E. Houston) celebrate the 25th anniver-

sary of The Bodyguard: Original Soundtrack Album with the release of Whitney Houston - I Wish You Love: More From The Bodyguard on November 17, 2017. “The Bodyguard” marked Whitney’s debut as a movie star while the soundtrack became of one of the best-selling albums of any genre in history. Take a listen to the tracks then pre-order yours at legacy records.com

!NK recently announced her highly anticipated Beautiful Trauma World Tour 2018 to much fanfare. The international pop icon is best known for her passionate and entertaining live shows. The tour announcement coincides with the release of her anxiously awaited seventh studio album entitled “Beautiful Trauma”. P!NK has released multiple singles from the album to rave reviews including, “What About Us” and “Beautiful Trauma”.

he must-see exhibit entitled “Beverly Buchanan—Ruins and Rituals”, is on display at the Spelman College Museum of Fine Art in Atlanta, Georgia until December 2, 2017. The Collection features history, biography, and portraiture of the prolific artist based on her body of work during her lifetime (1940-2015).

The collection is a reflection of the locations she lived and worked in, including New York, Georgia and Florida. The exhibit transitioned from the Brooklyn Museum in New York City where the artist began her career and includes early abstract paintings, archaeological sculptures and a three-channel video installation.

R&amp;B superstar Rihanna earns On Fleek designer of the moment for her Fenty Beauty collection recently launched during New York Fashion Week. The foundation line of universal shades for all skin tones opened in an unprecedented 1,600 stores across 17 countries on one day. Fenty Beauty offers a wide range of products for hard-to-match skin tones as well as Match Stix Matte Skinsticks, $25.00. Photo credits: Fenty Beauty by Rihanna. On Fleek Digital 7

ave you heard about the wonders of Sashapure? It’s a collection of specialized haircare products created with Sacha Inchi oil as its unique ingredient. Sacha Inchi is a 3,000-year-old-Peruvian Amazon super food that when applied to hair has the ability to strengthen, restore, and protect curly tresses as well as detangle hair even before conditioning begins. The Sashapure line consists of five core products: Healing Shampoo, Healing

Conditioner with an anti-frizz formula, Restorative Conditioning Masque, Re-Hydrating Cleansing Conditioner and a Perfectly Defining Curl Cream. There are also two treatment products: Smoothing and Shine Hair Treatment and a Deeply Therapeutic Hair, Scalp and Skin Elixir. Learn more about the benefits of Sashapure haircare by joining their Facebook page (facebook.com/ sashapurebeauty) or, follow them on Instagram (#sashapurebeauty) and Twitter (@ sashapurebeauty). Readers can

Sacha Inchi oil is the key ingredient in the Sashapure haircare line.

he newest installment of products in the Oasis line of hydrating skincare was recently unveiled by H20+ Beauty. The Oasis Power Mint Lip Gel, uses sea grass and waterlily extracts to moisturize and condition skin which retains moisture over time, and it boasts a fresh mint flavor. Oasis water technology helps improve a supple lip texture, softness, and hydration. Purchases of the Oasis Hydrating Treatment benefit Girls Inc. of Alameda County. All products are available at www.h2oplus. com.

hat began as a temporary popup store – was so successful, that Madison Reed decided to put down permanent roots at 11 W. 18th Street in the Flatiron District. The brand is headquartered in California’s Mission District where a San Francisco Color Bar also exists. The Color Bar concept is a first-ever: coined as the “un”-salon designed to deliver stunning color (and gray coverage) for time-pressed women. Book online: https://www.madison-reed.com/colorbar. 8 On Fleek Digital

ans of the long-respected beauty brand Kiehl’s Since 1851, purveyor of natural skin, body and hair care products, has broadened distribution to Sephora.com and select Sephora stores. Gradual product launches are scheduled at five locations throughout the country including two in New York City, one in Las Vegas and two others in California. Until now, Kiehl’s products have been sold primarily in choice locations and via their online store. To find out more, visit www.kiehls.com and www.sephora.com. On Fleek Digital 9

russardi’s yellow top handle satchel called the Lovy Bag, is pure autumn sunshine! The innate elegance of this bold accessory screams style and has become a symbol of ultimate luxury. The Lovy Bag is the “it-bag” of the brand, which bears the historic symbol of the &quot;Greyhound&quot; reinterpreted in a more modern way. The Lovy Bag collection in plisse leather is offered in a palette of fall hues like brown, tan, gray, red and orange as well as in mini python.

ondrian inspired primary colors advance into fall/ winter 2017 collections. The look is fun and fresh and can be found in head-to-toe apparel or pops of color on everything from chunky knit sweaters to fluffy furs. Vibrant accessories like handbags and footwear get a second life if paired with fashions in red, yellow, blue, black or white for dramatic impact.

Balenciaga grabbed attention with their thigh-high footwear in the fall/winter 2017 fashion collections. These Knife-Overthe-Knee spandex boots are so sharp they make legs look longer and stay warmer. On Fleek Digital 13

rom blinding whites to creamy creams, designers like ATP Atelier and others are showing fierce fashions with white or white accents for the fall/winter 2017 season. If you are a stickler for tradition, wearing white after Labor Day may be a bit taboo for you to do. Historically, white is worn after Memorial Day begins since it is the unofficial start of summer in the U.S. Many put away their white clothing after Labor Day, which marks the unofficial end of the solstice. A bit of latitude exists dependent upon where individuals live regionally. For example, warmer climates

in southern states finds consumers as a rule wear white year round however, northerners with noticeable seasonal changes somewhat adhere to putting white clothing away when summer ends. Noticeably, fashionistas embrace the look without restriction or hesitation. For those attempting the trend this fall/winter 2017, wearing white after Labor Day looks best when paired with classic neutrals like black, gray, navy or taupe. Select whites in beefy fabrications like gabardine, chunky knits or leather. The following pages provide a few subtle ways to inject some bright white into an otherwise color rich season! On Fleek Digital 15

Sleeves IT’S ALL ABOUT THE

FASHION’S “IT” TREND IS ON FLEEK

hether poofy, frilly, pushed up or flailing, decorative sleeves continue to make an important statement as we march into cooler temperatures. Not so long ago, com-

pletely sleeveless was the way to go, even in the dead of winter. These looks from the fall/winter 2017 collections are inherently feminine chic and will add a touch of romanticism to any outfit.

ARL LAGERFELD is trending amongst designers showing shimmering silver, shine and glitz in their fall/winter 2017 collections. Thatâ&amp;#x20AC;&amp;#x2122;s why the Karl Lagerfeld collection of fashion jewelry that includes necklaces, bracelets, rings and earrings is so timely. The newly launched line can be found worldwide in key specialty stores, at KARL.com, as well as in the Swarovski Crystal World flagship store in Austria. Triple stacked ring featured $99.00. On Fleek Digital 21

Subscribe to On Fleek Digital Magazine at www.issuu.com/ onfleekdigitalmagazine.com FOR INQURIES:

Welcome to the first edition of On Fleek Digital Magazine. The maiden issue celebrates highlights from Fashion Week around the globe, 25th anniversary CD re-release of The Bodyguard, Pink's music tour and more... 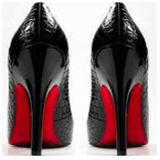