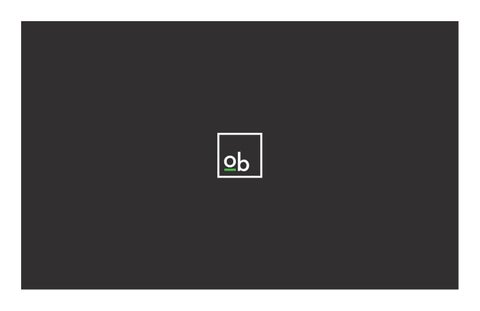 POCKETPROSE Designed an app to educate about and encourage the benefits of routine writing based on the effects of writing, habit-forming psychology, and user testing. A warm yellow creates an inviting experience, and loose illustrations encourage imperfection. Fall and Spring 2019â&amp;#x20AC;&amp;#x201C;2020

Persona 2: Sasha Dawson | 18 years old “I’m sick of losing sleep over-thinking and worrying so much about college, leaving my family, if i’ll make friends, but I don’t know how to stop my anxieties from taking over, and I don’t know who to talk to about it. I feel crazy.”

Sasha has been using Pocket Prose to keep her daily journaling on track. It helps her manage her anxieties and organize her thoughts about leaving for college.

Sasha adds Beth to her list of Pen Pals (friends)

Being able to have multiple journals with different sections makes it easy for Sasha to reread entries, enabling growth in self-awareness.

Sasha tells her friend Beth about how the app helped her, and tells her she should sign up too.

Sasha and Beth can now share their entries with each other. It brought them closer and gives them both a sense of belonging through shared experiences.

With the ability to define and sort through her own problems, Sasha is more excited than she is fearful for college in a few months!

Analysis Eliminate social aspect. People view writing, no matter what the topic is, as intrinsically personal. Prompts are important. Confirms assumption about pain point of not knowing what to write about.

Store is no longer needed.

Have a group of people write for one-two weeks and observe. Have them write without much guidance, suggest a few forms and see what happens.

Do you handwrite vs type?

Paragraphs vs lists or bullets?

Paragraphs or lists, underlines and highlights

Test 2 Define four categories or types of writing. Within that, have specific prompts. Let them pick their catogories and prompts, can explore multiple variations. Questionaare after. Larissa and Izzie

User Testing: How do you write?

Always has the date Always had a title

Key finding Both found it much easier to write in specific categories that had specific prompts. Made it more fun and easier.

Joe Cretzer, Sam Shockley, Arnold Kyle, LLoyd Barkdoll Model Industries Building | May 21st, 1941 They took several correctional officers hostage while working in the industries area. The officers were able to convince them that they couldn’t escape and they surrendered.

John Richard Bayless Garbage Detail | September 15th, 1941 He tried to escape while on garbage duty, but gave up shortly after entering the cold waters. Later, while appearing in Federal court, Bayless unsuccessfully tried to escape from the courtroom.

Morris decided the time had come to make their escape. When West was unable to get through the ventilator grill the others left him, climbing some 30 feet up the prison plumbing system to the roof of the cellhouse. They crossed 100 feet of rooftop and made it down 50 feet of piping, hitting the ground near the exit to the inmates’ shower area. After that point, no one ever saw or heard from Morris or the Anglin brothers again.

They killed an unarmed officer and climbed to the roof where another officer, Harold Stites, shot Limerick and Franklin. Limerick died from his injuries. Lucas and Franklin received life sentences for Cline’s murder.

Floyd P. Wilson Prison Dock Area | July 23rd, 1956 At the last lineup of dock detail, a barge had departed to Fort Mason. There was a possibility that he may have made his way aboard the barge. Warden Paul Madigan had soon arrived at the Van Ness Pier after returning from vacation and was informed he had an escaped convict. Eleven hours later, a search party found him hiding in a depression near the water’s edge at the foot of the cliffs on the south end of the island.

John Paul Scott &amp; Daryl Lee Parker Main Cell-House | December 4th, 1962 The men were working on culinary detail and climbed through a window they opened by cutting the bars. Donning “water-wings” made from rubber surgical gloves and prison-shirt sleeves, they swam. Teenagers found Scott, unconscious and in shock, on the rocks near Fort Point, under the Golden Gate Bridge and three miles west of Alcatraz. He was taken to Letterman General Hospital on the base. He quickly recovered and was on his way back to Alcatraz. He proved it possible to swim from The Rock to the San Francisco shore.

John Giles Prison Dock Area | July 31st, 1945 Giles appeared on the dock dressed in his uniform and casually boarded the Coxe as it prepared for departure. He did not know that it was the custom to take a headcount on the vessel after left Alcatraz. The count showed one extra soldier and the information was sent to the dock guard. At the same time a count at the dock showed one stevedore missing. A speedboat was sent out, and Giles was caught.

Known as the battle of Alcatraz, the men captured nine officers, took their uniforms, and threw the officers into cells. By this time, the Coast Guard and Marines were involved. By the end of the “Battle,” two guards were dead and thirteen were wounded. Miran Thompson and Sam Shockley were eventually convicted of murder and died in the gas chamber at San Quentin; Clarence Carnes was given life.

Huron Ted Walters Prison Laundry | August 7th, 1943 He disappeared from the prison laundry building. He was caught at the shoreline, before he could even attempt to enter San Francisco Bay.

James Boarman, Harold Brest, Floyd Hamilton, Fred Hunter Model Industries Building | April 13th, 1943 They took two officers hostage and went to the water. One hostage was able to alert officers. Shots were fired at Boarman, Brest, and Hamilton, who were swimming away. Hunter and Brest were both apprehended. Boarman was shot, died, and sank to the bottom. Hamilton hid for 2 days in a small cave, Before going back up to the building, and was caught by officers.

Theodore Cole &amp; Ralph Roe Prison Laundry | December 16th, 1937 They climbed out a window and disappeared into San Francisco Bay. This attempt occurred during a bad storm and the Bay’s currents were especially fast and strong most people believe Roe and Cole were swept out to sea. Officially, they are listed missing and presumed dead.

Joe Bowers Incerator Detail | April 26th, 1936 Joe Bowers began climbing up the chain link fence at the island’s edge. After refusing to climb down, he was shot by a correctional officer, then fell about 50-100 feet to the shore below. He died from his injuries.

Doc Barker, Dale Stamphill, Henri Young, William Martin D-Block Segregation | January 13th, 1939 They escaped from the isolation unit by sawing through the flat iron cell bars and bending tool-proof bars on a window. They made their way down to the water. Correctional officers found them at the shoreline Martin, Young, and McCain surrendered, while Barker and Stamphill were shot when they refused to surrender. Barker died from his injuries.

Aaron Burgett &amp; Clyde Johnson Outside Garbage Detail | September 28th, 1958 Body The two men were on garbage detail when they bound and gagged the officer watching them. When it was noticed that 3 people hadn’t returned from garbage detail, the guards sounded the alarm. Johnson was found a few hours later up to his waist in water. Burgett wasn’t found for another 10 days. He died trying to use wooden flippers and a plastic bag to stay afloat.

Created kiosk to be placed on a pier across from Alcatraz. A contemporary aesthetic of monotone and layered imagery, metal materials, life-size inmate photos, and interactive components create an experiential narrative. Spring 2020 AL CAPONE

AL CAPONE Born in Brooklyn, New York, to poor immigrant parents, Capone went on to become the most infamous gangster in America. At the height of the 1920 Prohibition, his multimillion dollar Chicago operation in bootlegging, prostitution and gambling dominated the organized crime scene.

ARTHUR BARKER Arthur “Doc” Barker was part of one of the most infamous gangs, Ma Barker. His mother and brothers were a part of the gang, carrying out a series of bank robberies and kidnappings throughout the Midwest. He was shot and killed trying to escape Alcatraz in 1939.

GEORGE KELLY A bootlegger, small-time bank robber and kidnapper in the 1920s and 1930s. He and others robbed banks in many states, and kidnapped a wealthy oil tycoon &amp; held him for ransom. For that crime, Kelly was arrested and sentenced to life in prison in 1933, and then eventually died in 1954.

L’A I B E L L E BISTRO Created business model for a French bistro built around a chef character’s personal narrative. The menu resembles chapters of a book. Each course being from a specific region, telling the chef’s connection to it. Summer 2019

DESIGN ALLIANCE ARCHITECTS LOGO REDESIGN Worked through various logo types to represent the companyâ&amp;#x20AC;&amp;#x2122;s personality and goals. Final selection is a graphic reduction of a building they designed, illustrating a precise attention to detail. Spring 2019

ALL THINGS EAMES A minimal and bold color palette paired with a quirky and personable typeface reflects the Eamesâ&amp;#x20AC;&amp;#x2122; whimsical, yet sophisticated spirit. It portrays them as both designers and individuals. Fall 2019

TA ZO SUSTA I N A B I LIT Y Original illustrated patterns capture the organic ingredients, and call back to the brandâ&amp;#x20AC;&amp;#x2122;s focus on being grounded. Recycled paper, a smaller package, and no adhesives reduce waste. Fall 2019

UTZ F L E X PAC K AG E An emphasis on the face of the brand coupled with muted colors, script typography, and texture created a sense of nostalgia, yet modernized, while maintaining integrity for this beloved brand. Fall 2019

The Tale Behind The Taste G L U T E N

“Tomorrow’s the big day!” thought The Little Utz Girl. It was snack day at school, and she was going to bring her delicious chips. However, her pesky family members kept secretly stealing them! She had to do something...Spotting the bottle of vinegar in the corner, she cooked up the perfect plan. She would set a bowl of chips on the table, but with vinegar on them to make them sour! That way, no one would want them! Much to her surprise, they devoured them, loving the salty tangy combo, they couldn’t get enough! The Little Utz Girl couldn’t wait to share her new recipe with everyone!