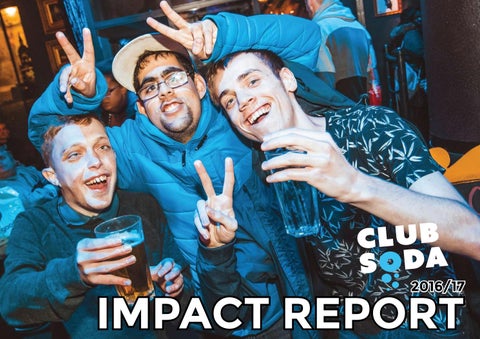 THE COMMITTEE “If there is one word I can use to describe Club Soda, it is wonderful.” Joe, Officer

“We are more organised than ever this year. My highlight has been changing our logos and website. I really like the new look and am looking forward to selling more t-shirts than ever at our events next year.” Samantha, Vice Chair

“I have enjoyed representing us at the Learning Disability Partnership and at the Stay Up Late AGM in Brighton. I love advertising Club Soda wherever I go, it’s a great organisation.” Sedley, Officer

“This last year has been fantastic. We’ve launched our brand new website which can really show off what we do. Looking forward to all the great things that are going to happen next.” Yasmin, Treasurer

“My first year as Secretary has been successful. I have enjoyed more responsibility for organising and promoting our events. I’ve really enjoyed working with Club Soda staff in the office.” Loraine, Secretary

“I particularly enjoyed being involved in organising a fundraising initiative, Disability Visibility Day, which we took to Croydon High Street. My highlight though has been supporting our musician members when they performed at London’s ICA in March.” Terry, Chairman

We areâ&#x20AC;Ś.. Pioneers We do things that no-one has done before here in Croydon, like accessible club nights in mainstream venues Artists and creatives We produce new and original art, by working with musicians, DJs, actors, film-makers, fine artists, photographers and others Communicators and campaigners We help to create better understanding of people with learning disabilities. Weâ&#x20AC;&#x2122;re working towards a more inclusive, accessible, and fairer Croydon

SoDaDa was a brand new multimedia cabaret event held at Merton Arts Space in Wimbledon. Leading up to the event Club Soda ran a series of workshops in the space, aimed at engaging adults with learning disabilities in experimental art and performance, contemporary dance and musical improvisation; with instruments ranging from drums and guitars to theremins and soundbeams. The concept for the event was inspired by Dadaist cabarets and in fact, 2016 was also an opportunity to celebrate the centenary of Dadaism. SoDaDa, besides encouraging lots of spontaneous fun, gave Club Soda artists a much needed platform to showcase their talents to a public audience. It was also an opportunity to reach out to a new geographical audience in the London Borough of Merton.

“Soda Crew DJ’s are going from strength to strength. They’ve recently played to over a thousand people at a festival. This is the real deal. It’s happening. They are doing it!” Nick Carling, Freshtrack

“I enjoy DJ’ing for Club Soda, especially at Boxpark and when we go to Lewes. We always bring a cocktail of soul and funk!” J Brickley aka DJ Soul Sista

“Club Soda is a great opportunity for a highly motivated and passionate group to learn, practice, organise and host an important social event for a large number of local adults with learning difficulties. Giving them a chance to be a part of something special that means a great deal to many. It is always a great night when the Soda Crew DJ’s have their end of term events where all are welcomed. It is a pleasure to work with Nick, Fresh Tracks CIC, the Club Soda team and seeing the Soda Crew DJ’s progression. Their club night’s are a highlight in our yearly events calendar.” Tegan, Bad Apple

“Hoodoos and the local music scene have taken Soda Beat into the fold. This was made very clear by how quickly ten local bands stepped forward to play at the SodaBeat Fundraiser. Their actions alone prove what great work Club Soda do in the community.” Richard, Hoodoos Soda Beat is London’s first regular integrated live music event for musicians with learning disabilities from the UK’s rapidly growing learning-disabled music scene.  give support to people with learning disabilities wishing We to improve their music skills, compose new songs, record music and perform live.

“I thought that the venue was good and the sound of us playing was amazing. A nice big audience to interact with.” Aarron, The Outsiders

“Club Soda have been really supportive towards the band, mentoring us at weekly rehearsal sessions and recently helping us to find new members. We’ve really enjoyed being part of the Soda Beat gigs as they are a great platform for us to perform our music. Club Soda rocks!!!” Matt, WRFTF

WRFTF We Rise From The Fallen mix rock, metal and punk influences to create their own unique sound.

Punk, Blues, Soul and Free Jazz. Improvised music all mixed up into good phonics. Have been compared to Can, The Fall and Galaxie 500.

“It’s been a very exciting and productive year for us, recording and releasing the NUMBER ONE 5 track e.p. Playing loads of shows among them; Soda Beat, DIY Space for London, Stanley Halls and Camden People’s Theatre. We rehearsed regularly and wrote lots of new songs. We’re currently recording our new single: Oh Sh** / Rusty Man, which is sounding great! I’m looking forward to the next 12 months.” Alex, The Carbonators

THE MUMBLY WOLFS “They really got the crowd cheering. I loved the two improvised solo performances on drums and piano. Totally brilliant! And wonderful for a band that had only just formed weeks before the event. Inspirational!” Audience member, Café OTO

Power Pop, Punk and Romantic Ballads; ‘tunes the postman can whistle’. Have been compared to Madness, The Sex Pistols and The Clash.

“I like playing in the band. It gives me lots of confidence.” Zoe, band member

THEATRE “This has been a very exciting year for Big White Light Theatre we have worked on a range of different pieces and focussed on a lot of different drama skills. The group have grown in confidence both individually and as a group and their creativity has been really inspiring. The year has been focussed on experimenting with different ways to create stories. We had a term focussed on world building where we created an imaginary island, mapping out its geography, writing down myths and legends surrounding the island and creating all of the characters that lived there. We chose to perform this piece in a promenade style so the audience were right in the action. For the next term we focussed on genre and combined comedy and horror to create an anthology style performance. We created horror soundscapes with our voices and focused on techniques of storytelling and ways of manipulating the audience. This term we have been doing a lot of improvisation and developing this by adding rules to our improvisation games. We are working on a piece inspired by TV so looking at creating live action tv programmes, adverts and experimenting with channel hopping to move between scenes.” Sheena, Drunken Chorus

ART “The last term with the Pop Artists has been extremely successful, learning many new techniques related to local historicaltextiles industries. We were very lucky to have Wandle Industrial Museum come and give us a talk. Inspired by what we learnt, we worked on a large scale textile project, using indigo Shibori tie dyeing, block printing and embroidery. The project was onpublic display at the National Trust’s Morden Hall Park for a month. The exhibition received amazing feedback from the general public and part of the project will go on to be shownat Wandle Industrial Museum. We look forward to next term as The Makers of Stuff Squad!” Isabelle Southwood, TURF Projects

With thanks to everyone involved in working with Club Soda in 2016/17. They are:

Special thanks to our partner venues

Special thanks to our funders this year 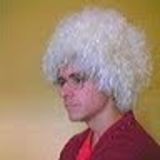