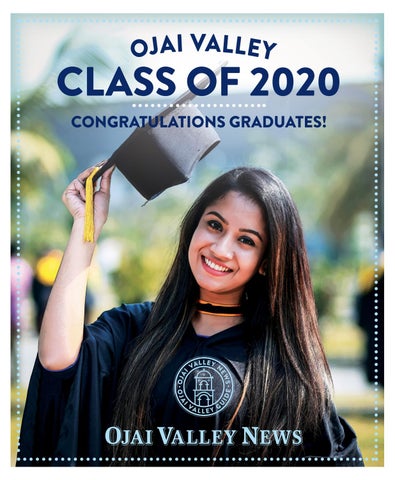 Three-quarters of a century. Time enough for our culture to have developed challenges that can no longer be deferred, challenges that must be met. You are graduating in one of those times in which decades of events are experienced within short years. Accelerations that lead to shifts in worldviews. Times demanding smart choices about needed changes. As you are our newest adult citizens, with great reservoirs of commitment and talent, our cultureâ&amp;#x20AC;&amp;#x2122;s future in many ways depends upon the contributions you will make with your lives. Embrace these times you are graduating in. Challenge yourself to lifelong learning, leading a principled life, having courage of convictions while making life decisions. Respect the humanity of others while advancing those convictions. Include the lessons of history in your advocacy as well as your choices about livelihood. Generations preceding you were just as capable and intelligent as you are. Learn from what worked for them and what did not. Cherish your family, your friends and the loves in your life. Welcome to adult living.

Oak Grove School brings world to Ojai ceremony Oak Grove School provided its Class of 2020 with a unique in-person graduation ceremony, despite being in the midst of a pandemic. To honor seniors’ hard work and optimism, the faculty and administrative leadership said they wanted this for the graduating class. On June 3 at 7 p.m., the ceremony began streaming to a live audience watched in Ojai, the wider United States, Mexico, China, and parts of Europe.

At 8:30 a.m., Thacher families all over the world clicked on a link to view the roughly 50-minute event that included remarks from Head of School Blossom Beatty Pidduck, readings by some seniors, presentation of year-end awards, and a celebratory slideshow of images from the past few years submitted by the graduates. As is tradition, the ceremony concluded with the Chamber Singers and a virtual rendition of “This Place,” a song about taking leave of Thacher. “Every Thacher graduation is bittersweet, but perhaps none more than today’s,” Pidduck said. “We’ve missed so many moments together that would have helped prepare us to say our goodbyes.” “A silver lining to our online format was that attendance was not limited, as usual, to available seating,” Pidduck said. As a result, more than 1,000 viewers tuned in that Saturday morning to share in the proceedings. To ensure the event was not purely virtual, beforehand, each senior had received a package marked “do not open until May 30” containing their diplomas and love from the Thacher community.

Ojai Valley School seniors enjoy virtual ceremony On May 29, Ojai Valley School graduated 24 seniors from its Upper Campus. OVS held a virtual graduation with Head of School Craig Floyd at its Carl S. Cooper Amphitheater at 7 p.m. The ceremony began with opening remarks from seniors Angela Qu and Carter Hsu via videoconference. Their words were followed by a welcome from Floyd and OVS President and CEO Michael J. Hall-Mounsey. Hall-Mounsey said: “To the seniors, you have earned the right to graduate from Ojai Valley School. You’re the first class to be graduating online. So, wherever you are, give yourselves a round of applause online.”

On May 30, the 64 members of Thacher’s graduating class took part in the school’s 131st commencement ceremony. This year’s program, created with input from the seniors, was designed to bring closure to a most unusual year with a moment of celebration, recognition and gratitude. Certain key traditions — such as the faculty reading of tributes to each senior — were reserved for a future time.

fall guidelines are uncertain. They concluded the graduation ceremony by throwing their caps in the air with joy.

Jodi Grass, head of school, welcomed the Class of 2020, and Russ Bowen, director of the high school, congratulated graduates on reaching this milestone. Each senior gave a speech reflecting on the impact Oak Grove has had on them. Student Vivian Shen spoke from her home in China via livestream. In lieu of the typical live music performance, social distancing required that the performance be prerecorded. This year, the seniors used a music syncing app to bring their ukulele and vocals together seamlessly.

Following their remarks, students spoke from afar. Finally, the class was recognized by Floyd. He spoke of each of the graduates’ achievements while photos of them were shown on the virtual-graduation video. The 24 seniors in OVS’ Class of 2020 earned

Each of the seniors introduced another classmate by way of a personalized haiku, all the while maintaining social distancing. Diplomas were handed out with baskets containing their certificate, flower bouquet, and parting gift. As students received their diplomas, hugs were replaced by foot bumps. This year’s seniors will forever be remembered as the graduating class that made history as the world addressed a pandemic and worldwide protests against inequality and racism.

more than 160 college acceptances and will attend schools around the country in the fall.

All of Oak Grove’s graduating seniors have chosen to go straight to four-year universities, even though

Sponsored by Bill Weirick and

had their name and hometown read and their picture shown. The ceremony concluded with a prerecorded benediction from the Very Rev. Gary Sanders, OSA (Order of Saint Augustine) and sixth Provincial of the Western Province, and the singing of the school’s alma mater.

Forty-eight students and their families attended the ceremony in person and a total of 57 students were honored. The ceremony consisted of live remarks from Brian Grisin, head of school, and prerecorded speeches presented on a large screen in front of the school’s grotto. Students were able to exit their vehicles one at a time to receive their diplomas and have a photo taken. All the vehicles, which were decorated, were allotted their own space and made a formal procession from the school’s administration parking lot to their dedicated spot on the school’s lawn in front of the grotto. The prerecorded student address was from Villanova valedictorian Shucheng (Jack) Tian, who spoke about the challenges the students faced over the year and how the struggles have provided the opportunity to become stronger. Tian, a resident student from Shanghai, China, was accepted to UC Berkeley and will be pursuing a degree in business.

Alumna Katie Asmuth (Parziale) ’04, who was slated to be the commencement speaker, gave

Vehicles line up for graduation ceremony.

Nordhoff High seniors get to walk stage On June 12, Nordhoff High School will hold a series of unique graduations for the Class of 2020, spanning 10 hours. The roughly 160 graduates of NHS will be honored in eight groups of 20 with a drive-in-movie-style ceremony. Students and their families will park to face a stage, where the graduates will have the opportunity to walk the stage in their caps and gowns to receive their diplomas.

The first group of 20 will begin its graduation at 10 a.m., and the final group will begin at 7 p.m. Though the Class of 2020 will not have a traditional graduation ceremony, it is fitting for the seniors because they have always been part of a unique class. The seniors planned a blended tradition to fit each of their individual personalities throughout their four years at NHS.

The students dressed in inaugural mono-colored, navy-blue graduation gowns and were called one by one to pick up their degree from a table and have their photo taken. Students unable to attend

The Besant Hill School community reflected its resiliency through live-streaming its traditional rites of passage to honor its 18 graduating seniors. As a small learning community, these live-streaming events were deeply heartfelt and a reminder of how fortunate the members of the Besant Hill School family are to belong to such a unique college-prep school. Beginning with the spring Commendations ceremony, students of all grade levels were recognized for their superior effort in individual classes. During this year’s spring Commendations ceremony, four new awards were introduced to identify exemplary ePortfolios.

WOMEN her speech the prior evening during the virtual Baccalaureate Mass and Senior Awards Ceremony in an effort to keep the commencement brief.

The faculty and administration are excited to give this memorable class a memorable graduation, despite these unprecedented times that limit the number of people who can gather in groups. Along with the ceremony, NHS graduates were honored with their photos lining the Arcade and Ojai Avenue.

As lessons transitioned to distance learning, the faculty’s forethought to emphasize ePortfolios over the past four years rewarded students with a comprehensive analysis of their wide breadth of knowledge. The Commendations ceremony concluded with the Coyote Award. This year’s Coyote Award recipient is Ojai student Milo H.M. ’20, who as a student government co-president committed himself wholeheartedly to his classmates, teachers, and school staff. Each year, during the Passing of the Torch Ceremony, graduating seniors pass the spark of the school to an upcoming senior (via candle) on top of Senior Hill. The event this year allowed for the Class of 2020 to share a video message with the soon-to-be seniors. As per tradition, the 2020 Besant Hill School Commencement ceremony was held at 10 a.m. May 30 after commendations and the Passing of the Torch. Portia Johnson, head of school, began the Commencement with an address showcasing the spectacular accomplishments of the senior class. After her opening address, Johnson awarded the faculty recognition teaching award to Kelly Henschel, director of Instructional Support and assistant director of Teaching and Learning. Students received a Commencement Speech from awardwinning actor Ewan McGregor. As in previous years, each student then presented a short speech that expressed their appreciation of the school and loved ones. Each of the events are available online, and links can be found at www.besanthill.org