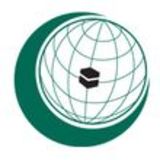 The Organization of the Islamic Conference (OIC) is the second largest inter-governmental organization after the United Nations which has membership of 57 states spread over four continents. The Organization is the collective voice of the Muslim world and ensuring to safeguard and protect the interests of the Muslim world in the spirit of promoting international peace and harmony among various people of the world. The Organization was established upon a decision of the historical summit which took place in Rabat, Kingdom of Morocco on 12th Rajab 1389 Hijra (25 September 1969) as a result of criminal arson of Al-Aqsa Mosque in occupied Jerusalem.