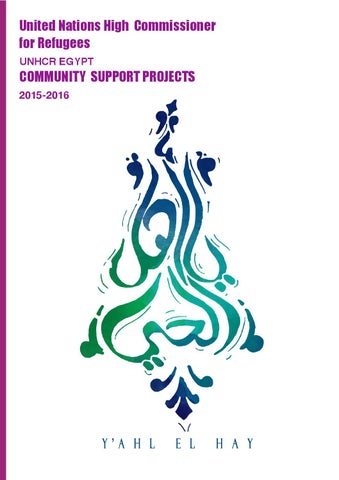 All rights reserved. No part of this publication may be reproduces, stored in a retrieval system, or transmitted in any form of by any means, electronic, mechanical, photocopying, recording or otherwise, without the prior permission of the publisher. Cairo, December 2015

This report is a documentation of participatory design and construct project: YAHL EL HAY. The projects took place in 2015 in El-Obour City in GCR.The project is initiated by UNHCR Community Support programs unit (CSP) and supported by Terre des hommes and implemented by Ecumene Studio. Y’AHL EL-HAY aims to support and ensure better access for Syrian and Egyptian communities to services in Obour city. The project entails the upgrade of the District service complex ( health center, Kindergarten) in El Hay EL Awal in Obour and the inertial open area in between through several design interventions that emerged from participatory needs assessment sessions held with the city council, doctors, nurses, PHC staff, Local NGO’s and the actors in the vicinity of the health center. The inclusion process in the project increases throughout its lifetime via team building and trainings workshops yielding direct feedback of the on-going work, enhancing the cohesion among community actors and creating a stronger sense of ownership of the space. The project is in cooperation with the Ministry of Health, Ministry of Social Solidarity and El Obour City Council.

The Site Methodology and Approaches

Obour City is a “New Urban Communities” city located 35 km northeast of Cairo in Cairo governorate, on Misr-Ismailia road (See Fig1). The City accommodates around 500,000 inhabitants and expected 600,000 at the horizon of 2017. It has high number of factories and residential areas. The medical centre (Halim Station) is situated in the 1st district and 6th locality considered the heart of the city containing the major services and governmental buildings. According to UNHCR’s statistics, Obour accommodates some 13,000 registered Syrian Refugees. The Public housing is one of the types of housing accommodating Syrian refugees and Middle-income Egyptian families as well.

facilities and their concentration within

Y’AHL EL HAY is a project that aims to develop and upgrade the Public Health facility in El Hay EL Awal in Obour and the open area surrounding it through several design interventions that emerged from participatory needs assessment sessions held with the city council, doctors, nurses, PHC staff, Local NGO’s and the actors in the vicinity of the clinic. The inclusion in the project will extend throughout its lifetime through team building and trainings workshops yielding direct feedback of the on-going work, cohesion among community actors and a stronger sense of ownership of the space.

less than 200 SQM, in addition to the local community pop-ups activities in the public space, and the easy accessibility to the site emphasised by the future mini-bus station make the Health centre a potential intense population convergence and attractive point. Every element (people/activity or building) and space in the project area has a meaning and singular role to play. The different spaces are inclusive and accommodate both Egyptians and Syrians. The ratio of Syrians to the Egyptians is significantly higher in this locality in comparison to the other districts. The project area fits UNHCR criteria of site selection to strengthen their strategy towards the preservation and expansion of protection space for Syrians.

The Health Clinic is located at the city centre where it is easily accessible and is also located in close proximity to cheap shopping venues and for Syrians from the nearby districts of 1st, 2nd and 3rd besides Tarfeehy and Janat Al Ubur who approach the health clinic to get primary health care services and vaccination. The diversity of services and public

The site - Connecting nodes of human activity The project site includes the Health centre building and its surroundings. The perceptual form of this urban environment is a â&amp;#x20AC;&amp;#x153;Nodeâ&amp;#x20AC;?: focal point, intersection space. The Health centre is located in an urban square surrounded by housing units, 2 schools (Azhar primary Pilot Institute and El-Obour pilot primary school), khadija Mosque, a buildivng complex containing 2 kindergarten (El-baraeem and Ezzohour), a children library and local NGO offices and juxtaposed to a public garden.

The Health Centre as community urban node / Nodes and connexions

The project is based on a participatory and inclusive approach from day one and throughout the process. The project should be locally owned. We make sure that the key stakeholders, direct and target beneficiaries take part from the beginning in the development of the project and take part in the implementation phase by using innovative ways of collaboration.

•Ensure better access to the basic health service •Develop an outreach strategy that identify more community nodes and create places and events for gatherings of Syrians and organised by them •Enhance the communication and visibility of the health centre and expand the health awareness activities.

Development of project sites of intervention

Some selected pictures on the construction works in The Health Centre:

Some selected pictures on the construction works in the kinder gartenâ&amp;#x20AC;&amp;#x2122;s yards:

Some selected pictures on the construction works in community garden :

Architecture for Co-existence Y’AHL el HAY is a community-focused design project that entails the development and upgrade of the health centre at first and has been extended to integrate as well the open area surrounding it and the community kindergarten yard through several design interventions that emerged from participatory sessions held with the city council, doctors, nurses, health clinic staff, Local NGO’s, local builders and craftsmen and the population in the vicinity of the clinic including the children. The inclusion in the project has been extended throughout its lifetime through team building and trainings workshops yielding direct feedback of the ongoing work, cohesion among community actors and a stronger sense of ownership of the space. 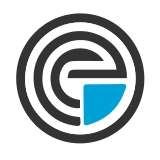