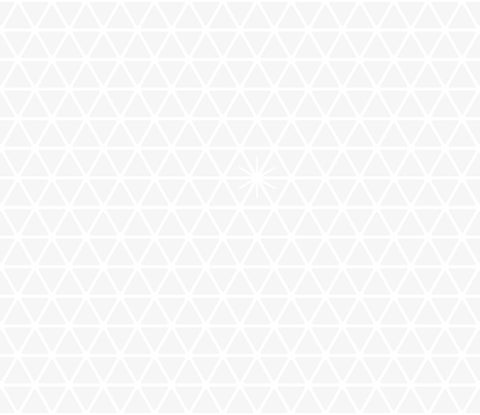 a selection of works

She finds objects and shapes very poetic, and easily gets emotional towards her surrounding. That probably explain why she’s a hoarder, even though this doesn’t always combine well with her hunger for travelling, she still manages to wander around when she can to find out how things are doing elsewhere. She takes pictures and writes down cryptic phrases to remember what impressed her. As a designer, she feels she needs to know as much as possible about as many things as possible. LIBRA, DOESN’T CARE MUCH She gets inspiration from people, their habits and ABOUT HOROSCOPE BUT STILL their living. She considers anything she comes across READS IT WEEKLY, AND FINDS a lesson in designing for real life. THAT BALANCE IS A GOOD WORD FOR HER. SHE TRIES TO COMBINE NEAT ORGANIZATION WITH UNCONVENTIONAL BRILLIANT SOLUTIONS.

In autumn 2016 Leroy Merlin Italia launched on the market the Design Lab, a platform hosting DIY design products, where users can find detailed instructions and all the materials required for the making. Two out of the five presented products where designs of mine: Lumiére, a candleholder made out of plumbing pipes, and Giardino Privato, a concrete, copper and glass flower vase. The aim of the project was to re-elaborate semifinished products into something meaningful, aesthetically captivating and easy to reproduce. The two selected products require different skills and making time, but both of them can transform according to the customer taste, chaging in their appearance, complexity and, last but not least, price. Videos and instructions are enjoyable here.

we are a family

COMES FROM A RESEARCH AROUND GLASS AND THE CHANCE TO UPCYCLE THIS MATERIAL.

I decided to pick the most common jars and bottles I found around and realize something useful and respectable with them. I came up, then, with turning the glass waste pieces into glasses, or rather pieces with a personality. This way the â&#x20AC;&#x153;familyâ&#x20AC;? arose in different members, ideal for a real family composed by various personalities and needs. Original items before the upcycling were, from the left: a spice jar, an olive jar, a beer bottle, a little green vinegar bottle, and a hazelnut cream jar.

the dark side of the clock

The project has been developed in 2010, during the Professor Stefano Caggiano Semiotic course. The purpose of the project was about breaking archetypes, the result of the operation is an altered familiar object. Even though the traditional meaning of time looks distorted there is no loss of efficiency in the function. The object wants to be a incitement to reflect upon, considering the â&#x20AC;&#x153;dark sideâ&#x20AC;? of things.

EXPLORING THE ROLE OF OBJECTS IN SMALL SPACES: THOSE DENSE IN ACTIVITIES, THOSE THAT DEFINE THE CONTEMPORARY LIFE.

Up wants to take part in this scenario as a multitasking object, and thanks to its simple shaping it lightly fulfills the space with potential. Depending on the position, up changes its shape and its function. Up appears as a single-piece object, where two main surfaces stand out: the first one, slightly tilted, works as a laptop stand; the second one, horizontal, works as a movable stand or as a tray. When not in use the object can lean on its side, in order to take up less space, and can eventually be used as a display case. Up itâ&#x20AC;&#x2122;s not just a support for objects, but it physically endorses ideas.

WAS BORN ONE AFTERNOON WHILE LAYING ON THE GRASS ONE NOVEMBER SUNNY DAY BACK IN SOFIA, EATING SWEET POMEGRANADES (IN BULGARIAN “NAR”) WITH MY TEAM MATES —­­­­ MAYA IVANOVA, MILENA KITIPOVA, MITKO MITEV, ATANAS ZGUREV — THINKING OUR BRAINS OFF ABOUT THE “LED LIGHT UP THE BALKANS” WORKSHOP PROJECT WE WERE INTO.

We wanted to approach the led theme through the emotional part of light. Since lately the family storytelling place has been disappearing, we decided to reintroduce the idea of domestic fireplace as an assembly space, something that could connect people while helping them creating the environment they want to be surrounded by. We obtained five different pieces with different luminous characteristics and shape that can satisfy the various lightening needs of a family. Their meeting point, the base, works as support and as electric charger and, like a house, is the place where you always go back to rest and relax. Five pieces to build your story with.

We wanted to obtain an object that could give a boost to the user to recycle other objects, just through its appearance. Screw That! is an additional item for old lamps that, regardless of the years going by, keep their old splendor while their electrical components donâ&#x20AC;&#x2122;t do the same. The result is a mash-up of electric PROJECT DEVELOPED and archaic, an ironic object able to explain by itself IN COLLABORATION WITH its function, inciting also the user into thinking over THE FINNISH DESIGNER everyday consumption. KATARIINA KANTONEN.

HEAT UP, CLOSE, WAIT, ENJOY! THIS GREEN COOKING DEVICE HAS BEEN DEVELOPED AT CNR-ISTEC, THE ADVANCED CERAMIC MATERIALS RESEARCH CENTER BASED IN FAENZA, AS MY MASTER DEGREE THESIS PROJECT

The aim of the collaboration with CNR-ISTEC was to apply into the domestic environment a particularly insulating innovative material they designed. The result is Woo!, an insulating and hermetic device able to keep the temperature of food and beverages placed in its inside stable for many hours. The thermal insulating properties allow the user to preserve already heated up food â&#x20AC;&#x201C; so that the food keeps on cooking â&#x20AC;&#x201C; or cold one, keeping the content cool. In particular, Woo! permits to slow cook food that has been heated up, thanks to a process of heat retention. The flexible material makes easy the deposition, the extracting, the closing and the cleaning phases.

The flexibility also allows the user to employ a wide range of pots that he/she already owns, with the aim of keeping the user close to his/her culinary habits. Woo!, reducing the consumption of resources, wants to introduce into daily life environmentally-friendly habits. Also, it offers to its user more than that, creating free time that can be dedicated to other activities safely. In fact, the device doesnâ&#x20AC;&#x2122;t need extra power source and it can be left unsupervised while it does its job. It improves the household environment: it cannot burn what it cooks and it doesnâ&#x20AC;&#x2122;t affect the quality of the indoor air. Moreover, slow cooked food is delicious and healthy.

PROPOSAL FOR A CELEBRATORY AROMATIC VINEGAR BOTTLE FOR THE 50Â° ANNIVERSARY OF THE CONSORTERIA ACETO BALSAMICO TRADIZIONALE.

I wanted to respect the aromatic vinegar tradition, representing in the bottle shape the extraordinary alchemy that, in years, creates the precious nectar. The porcelain material makes the content even more mysterious, hiding it from the sight. It is then fundamental the usage of the supplying pipe, which resembles the shape of the traditional tool used to move the vinegar from barrel to barrel. The pipe works also as a simple gauge, indicating the amount of product left in the bottle and, at the same time, silently suggesting the user to consume the product parsimoniously: in fact, in order to make the aromatic vinegar last longer, the less the vinegar remains in the bottle, the less the vinegar is supplied.

COMBINING PORCELAIN AND 3D PRINTED PLA FOR A JEWELLERY COLLECTION. IT HAS BEEN DEVELOPED AT THE MUSEUM CARLO ZAULI, DURING THE FREE-D PORCELAIN WORKSHOP.

I decided to use the 3d printer in an uncommon way, using the plastic piece as a process instead giving it an established shape. I used the most common filling grid, the one used to save time and material during the printing process, as a die plate, pushing the porcelain dough through it. The result is a serie of unique cold-drawn porcelain pieces, aesthetically affected from variable conditions such as pressure, dough toughness and PLA layer distribution. Part of the collection visually explain the process, combining in the final jewel porcelain and PLA both. In some other pieces, even if the 3d printed material is not present anymore, it is still possible to read the memory of the process through the marks it left.

glowing bodies FOR AN ASTRAL ALPHABET

The project has been developed during the Nuovo Festival 2Â° edition in Faenza, in association with Antonio Corapi and under the supervision of Alessandro Gori. The aim of the workshop was to create an alphabet inspired by the stars. We wanted to draw the attention to the analogy between the human body and the astral body: the heat they both emit, and we managed to impress it visually thanks to the use of a thermochromic camera and the warmth of naked bodies.

METAMERISM IS AN OPTICAL PROPERTY OF COLORS, WHERE CERTAIN COLORS LOOK ALIKE UNDER A SPECIFIC LIGHT.

The flyer has been developed during the Printing Techniques course held by the professor Adalberto Monti, with the aim of applying metamerism in an everyday life scenario. Metamerism is the matching of apparent color of objects with different spectral power distributions. Because of that, the flyer appears totally green when exposed to the sunlight and reveals the hidden words when exposed to a colder light, like the one of the indoor environment, pushing the user to spend more time outdoor.

The project is composed of an illustrated childrenâ&#x20AC;&#x2122;s book and an online database. The story of the book narrates about the origin of dreams. At the end of the tale the child is asked to represent his dream and, thanks to the help of an adult, send it to Parison, the main character and the database. The database is a website for parents and specialists; it collects all of the dream depictions, organizing them by topic and characteristic. The purpose is to establish an instrument which could help understanding the deep personality of the child and his unconscious through his illustrations, based on Freud and other theories that consider the representation meaningful not only for its content but also for its appearing. The whole project wants to be a network that permits to collect and analyze informations about child psyche, stimulating the kid to remember and depict what his nocturnal visions tell him. A selection of works

A selection of works