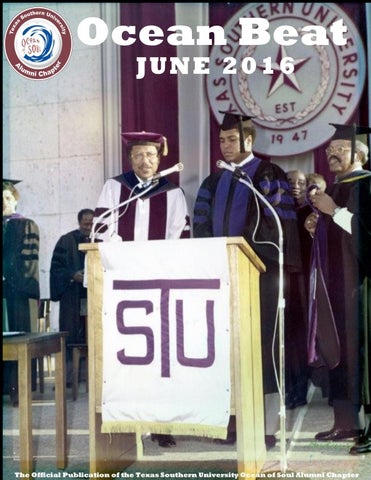 THE TIME IS NOW

For Austin Lane, TSU presidency feels like a homecoming

In the late 1980s, Austin Lane, then a high school senior living in Hackensack, N.J., applied to Texas Southern University. After being accepted by the historically black institution, he and his mother drove down for a campus visit, and Lane was blown away by the school that he hadn&#39;t even heard of just months before. The trees - decked out in the Greek letters and colors of various fraternities and sororities at the urban university - stood out to him. The campus reminded him of what he&#39;d seen on &quot;A Different World,&quot; the popular TV show at the time about a predominantly black college. &quot;I thought, &#39;Wow, this is a campus,&#39;â&amp;#x20AC;&amp;#x2030;&quot; he remembered. Ultimately, Lane couldn&#39;t afford the out-of-state tuition, and he instead attended Midland Junior College in West Texas on a basketball scholarship before going to Langston University, the only historically black college in Oklahoma. Three decades later, Lane finally will get his time at Texas Southern when he takes the helm this summer as its president. &quot;For me, this is like a homecoming,&quot; Lane said after he was selected for the top job by the TSU regents last week, on his 45th birthday. It&#39;s no coincidence that Lane, who is currently the second-in-command at the Lone Star College System in Montgomery County, talks about &quot;Greek trees&quot; and homecoming. Both are important traditions at historically black colleges like Texas Southern. Changes to both at TSU in recent years have angered students, creating tension between them and the administration. The regents, faculty and students themselves are hopeful that Lane can bridge that divide. In addition to boosting enrollment, fundraising and lobbying the Legislature for more money, working with students will be one of Lane&#39;s top priorities as president. Lane is steeped in student services - admissions, financial aid, housing -- the types of things Texas Southern students have taken to social media en masse to com plain about in recent months. Those who have worked with him for years say he&#39;s a rare leader who actually is as student-centered as he claims to be. While some have worried about Lane making the jump from a community college to a four-year institution, many at TSU agree that a student-centered leader is what the college needs now.

Lane is steeped in student services - admissions, financial aid, housing -- the types of things Texas Southern students have taken to social media en masse to complain about in recent months. Those who have worked with him for years say he&#39;s a rare leader who actually is as student-centered as he claims to be. While some have worried about Lane making the jump from a community college to a four-year institution, many at TSU agree that a student-centered leader is what the college needs now. &quot;I think given this day in higher education, where you have the proliferation of social media, you have the ability of students to collectively voice their concerns. I think that given the concerns the students have had, this is a natural progression,&quot; said Howard Henderson, an associate professor of administration of justice and graduate program director at TSU. &quot;I think the board of regents made an interesting call.&quot; In 2009, soon after Lane was named president of Lone Star College&#39;s Montgomery campus - where he spent six years, boosting enrollment by 20 percent to 12,000 students - the young new president spoke at a state gathering of college student services administrators. Lane was speaking on a panel of presidents, most of whom held their posts for much longer than he. Lane&#39;s tenure as president at Lone Star&#39;s Montgomery campus likely offers the best insight into how he will lead TSU. Though it&#39;s a two-year school, Lone Star has a lot in common with Texas Southern. Both serve students considered most at-risk of dropping out - typically first-generation students from lower-income families - and both are considerably more diverse than many other state schools.

&#39;Visionary leadership&#39; Besides boosting enrollment at Lone Star, Lane also increased the number of students who actually stuck around through graduation. The number of degrees awarded at the campus nearly doubled during his tenure, from 538 in 2009 to 1,016 in 2015, according to the Texas Higher Education Coordinating Board. Lane got students engaged in some creative ways. He led an effort at the school to change the mascot from the meager &quot;Fighting Squirrels&quot; to the more formidable &quot;Mavericks.&quot;

Before Lane interviewed for the top job at TSU earlier this month - an interview that turned into an hourslong conversation - he watched hours of past regents meetings and read every news story he could find on TSU. Board chair Derrick Mitchell said Lane was &quot;on point&quot; in the interview and had clearly done his homework. &quot;Nobody wanted to stop talking to him,&quot; Regent Glenn O. Lewis said. &quot;He literally blew us away.&quot; In June, Lane will succeed President John Rudley, who has led the university since 2008 and will stay at TSU as president emeritus and a special adviser to Lane for at least six months. Under Texas law, Lane is technically viewed as the sole finalist for the top job for 21 days as the regents negotiate his contract, including pay and other benefits. Lane, who lives in The Woodlands now, plans to move back to Houston with wife, Loren, who owns a townhome in Midtown. Lane has three children and is a member of Wheeler Avenue Baptist Church near Texas Southern. During his job interview, Lane presented the regents a 90-day plan for how he would start as TSU president. The first 30 days would focus on recruitment and enrollment making sure students who had been accepted to TSU actually showed up in the fall and making sure they were getting the financial aid and housing they needed. Once the fall semester arrives, Lane plans to begin meeting with students - &quot;literally ... as many students as I could&quot; - and faculty to get a feel for what really needs to happen at Texas Southern. He wants to know everything they love about TSU and &quot;everything they probably hate about it.&quot; Student leaders are excited to talk to him. Christina Letsinger, who last fall started &quot;Take Back TSU,&quot; an online student movement that pushed for change at the school, said she&#39;s hopeful Lane will be open to restoring more of the campus traditions that she and other students came to TSU to find. Letsinger&#39;s group was successful in lobbying the administration to bring back the Greek trees. Rudley said late last year that the trees had been removed when multiple fraternity and sorority chapters were suspended by their national organizations for hazing and other offenses. TSU homecoming, with its lively parade and tailgating, is still happening off-campus, downtown near BBVA Compass Stadium where the football team plays now. Homecoming had been a big draw. It energized students and brought alumni back to campus.

The long gold ball gown Letsinger bought before she came to TSU - eager to attend an annual homecoming ball that she had heard was a chance to network with alumni - is still hanging in her closet, unworn. The ball hasn&#39;t happened while she&#39;s been at the school.

&quot;Hopefully one day I&#39;ll get to wear it before I graduate college,&quot; Letsinger, a senior communications major, said. To students like Letsinger, it&#39;s significant that Lane likened coming to TSU to a homecoming. Lane earned a bachelor&#39;s degree in psychology from a historically black college in Oklahoma. He was a member of Kappa Alpha Psi - the fraternity&#39;s paddle hangs on the wall of his Lone Star College office. He knows the importance of those traditions. &quot;That is really the capstone to the ... (historically black college) experience sometimes, when you&#39;re trying to connect to your campus. It&#39;s being able to see the alumni come back; it&#39;s being able to bring families - generations - back to campus,&quot; Lane said. &quot;It really is a special moment in time.&quot;

Reprinted from the Houston Chronicle

Alumni please RSVP by calling the Office of Alumni Relations at 713-313-7606 or email cochroncl@tsu.edu

Congratulations to our 2016 Ocean of Soul Graduates.

The Ocean of Soul performing in the Astrodome in 1971.