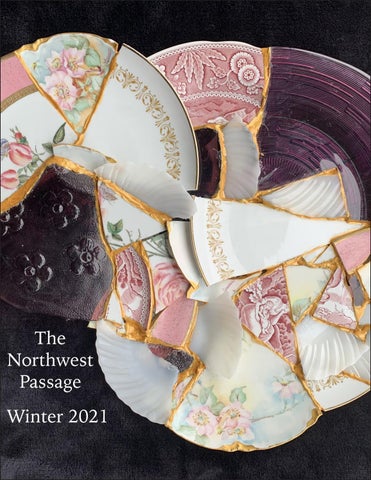 Letter From The Editor W

inter heads into Spring, and the sun finally pokes its head out from the clouds. An ice storm took hold of campus, and unfortunately took a lot of trees with it. I wish everyone the best of luck heading into spring term. While the weather warms up hopefully everyone can rid themselves of winter cabin fever. I want to give a big thank you to everyone who submitted their work, this magazine would not be possible without your submissions. I also want to thank my Editorial Board for all their hard work helping me decide on submissions–you helped me build the magazine this term. The authors whose work we featured in the magazine are talented individuals, and I hope that everyone will enjoy their work as much as I have. I hope that everyone stays safe as the weather begins to warm, and many seek the outdoors. Please enjoy the Winter issue of the Northwest Passage. –Sam Marshall Editor-in-Chief

f you want to be part of next term’s issue of the Northwest Passage, consider submitting your original work! 1. Acceptable submissions include: short stories (1,500 words max), fiction and nonfiction (1,500 words max), creative essays, poetry, scripts and screenplays, art of any medium, photography, spoken-word, music compositions, and recordings. 2. Creators have the opportunity to submit a maximum of 10 works of any medium, but only three to five may be included in the issue depending on space. Please submit art and photography in jpeg format, and written works as a word document. 3. Submissions should include a title and be submitted without a name attached. We view all work without attachment to the name of the artist to reduce bias. 4. All work should be final drafts. Please do not submit work with significant grammatical errors, unless it is for artistic purposes. 5. Creators may remain anonymous. Please let us know in your submission email if you would like to remain anonymous. 6. Art must be submitted in a digital format.

Please email all submissions to the northwestpassage@wou.edu

Hiding in the Shadows Darrian Rodriguez

I’ll Wait for You Alice Harry

Under the Bridge Shelbie Reddick

here was a small town nestled in the middle of a thick forest composed of tall fir trees. It seemed to always be shrouded in a cold, but comforting, fog. Sunlight had been something unknown to those who inhabited it. When the Sun did bless their tired town, with beams of light and warmth, they scurried back into their rotting houses refusing to accept the rare gift. Log trucks caked in mud from the roads that seemed to never dry lined the sidewalks in town. Malnourished cats rasped out lazily in want of a meal on doorsteps trying to stay dry. Houses made of local wood filled the air with the smell of mildew and moss. This was the town surrounded by firs. A crisp and suffocating fog entwined the village and the people grumbled as they went along with the day; until a child, still too young to be affected by the somber town, asked about the plume of smoke coming from the middle of the forest. Most would think it was hunters, loggers, or the occasional wildfire, but no one seemed alarmed. Instead, hushed tones and whispers of gossip met the child’s question. The small girl did not know why the smoke made the people so unsettled, and soon, her mother hurried her along into the crowd of gray. However, she could not forget about that thin line of smoke. Gossip was as common as the fog that littered the town, but one legend was told behind closed doors in hushed tones. Deep in the woods where the fog did not touch, there was a cottage nestled in the Sun’s warm embrace encased in her light. It was a quaint building made of a mixture of clay, straw, sand, and water. Wildflowers overflowing with color clothed the ground. There were asters and daisies, paintbrush-

es and trilliums, bachellers and fritillaries, geraniums and camas lilies, and more wildflowers of mystery. A welcoming party, without a doubt. A Dutch door painted in a magnificent tuscany yellow with a doorknob adorned with a golden flower and green porcelain gave a greeting to the flowers at the end of the path. Shade from a large and old apple tree cooled off the side of the cottage. Glass windchimes decorated the doorway as if to ward off any unwelcome visitors from such a magical place. The sounds of birds, trickling water, teacups, and soft laughter were carried by the Wind and mingled with the windchimes as if an invitation. Sounds of laughter mixed with the chimes and sunlight led the way to a pair of lovers in bed. Cream curtains danced in joy at their giggling and smiles. Sage green linens cupped their bodies gently as toes curled and laughter filled the room. Evette’s fawn skin seemed to be kissed by the angels gifting her powdered freckles. Hair tickled her jawline and dripped with the color of honey, while gun-metal blue eyes contrasted her soft features with a ruthless connotation. It is said her ancestors come from the hills of Norway with their sturdy and fertile bodies. Priscilla was the opposite. Sard brown hair fell to her sharp hip bones in the form of tight curls, her skin was as earthy and red as the clay that built their house, and topaz eyes revealed a softness, a kindness, that was inarguable. Priscilla came from the people of old who lived on this land for hundreds of years. She smelled of the towering redwoods freshly rained on and standing like giants. The two lovers adored each other, showered the other’s face in soft kisses blessing the other in worship, worshiping their love,

worshiping their bond. Priscilla’s fingers, long and slender, traced over Evette’s arms and her victory scars. Wounds from protests, from long nights in the trees of the Redwoods, and from the people who refused to even set their gaze on the light of their love. Evette’s gentle whispers of affection reached Priscilla’s cheeks in a flush. Her rough palms pressed against Priscilla’s own scars. Both covered in familiar wounds of an advocate. Both beautifully in love. The morning progressed with coffee and breakfast. The cottage consisted of one small bedroom, a bubbling kitchen, a table nestled in a corner with a large window, a bathroom, and a small living area. Their bedroom was filled with green plants, suncatchers that painted the walls in different colors, dirty work boots, petitions, and colorful paintings. Smells of freshly baked bread and coffee lead to the kitchen; moss green cabinets held oak wooden countertops. They smelled of the forest with a slightly textured top finished with a soft shine. Cast iron pots and pans hung from the ceiling next to drying herbs, and a teakettle painted with small forget-menots simmered on the stove as the morning light lit up the room. Wooden bookshelves that reached the ceiling, holding hundreds of books and their stories, surrounded the cozy living area. Rugs with foreign patterns and muted tones dressed the floor in layers. Plants overtook the windows. Ferns, pothos, and strings of pearls hung from the ceiling casting a green-tinted light. Aloe and an umbrella tree nestled in the corners soaking up brilliant sunshine. Succulents of many shapes and colors lined the windowsill. Two monsteras ruled over them all. A rather plump black cat occupied a dark green couch big enough for only two people, and to bring

everything together, a wood-burning stove sat in the middle surrounded by colorful mosaic tiles. This was their Nirvana, their Heaven, their Olympus, their Valhalla. Evette and Priscilla were strangers, a rumor to gossip about, to anyone outside their cottage blessed by the Sun, a species unknown to the residents of the town surrounded by firs. Their love, their smiles, their words, all foreign to those outside of themselves. They did not belong. Evette and Priscilla did not mind; they preferred to stay up in their small cottage basking in each other while showered in the Sun’s gift. The forest and the creatures who call the land their home gave them all the company and affection they could hope for. They were a legend indeed, though, they were a legend to only those who refused to look beyond the fog.

The Thing About Grief People Don’t Tell You

hen the cars all leave, And life goes back to what it was, Or as close as it could be, When the phone calls stop, And the kind words are gone, When the doorbell doesn’t ring anymore, When the devastation has made itself comfortable, The memories buried, All the boxes checked, No one tells you About the silent, simmering anger just moments from boiling over. No one tells you of the hollow satisfaction Of books thrown against walls, Or the harsh words thrown at strangers. About the way breathing stops Being natural to your body, And you have to relearn how. The well of heavy emotions That threatens to rise And swallow you whole. Because how do you reconcile With the way things have changed? With the flashes of memory that don’t stop? Leftovers of a heartbreak, Images of those left behind, The fog of helplessness. What other way to say it other than it’s all so wrong? 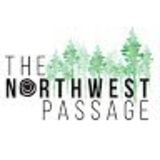