n October 2019, Dutch Minister for Foreign Trade and Development Cooperation, Sigrid Kaag, organised the International Conference on Mental Health and Psychosocial Support in Crisis Situations. Together with a coalition of 28 countries and ten organisations, she signed the Amsterdam Conference Declaration, which pledges a commitment to ‘look for opportunities to draw attention to mental health and psychosocial needs of people affected by emergencies’ and ‘to integrate and seek opportunities to further scale up mental health and psychosocial support’.[1] This pledge resulted from the growing attention for large unmet mental health needs among people affected by disaster and conflict. Although estimated rates of mental disorder after conflict vary between contexts, a meta-analysis of ‘methodologically stronger’ surveys displays average prevalence rates of 15-20% for depression and posttraumatic stress disorder.[2] In contrast, only 0.3% of all development assistance for health was dedicated to mental health between 2006 and 2016.[3] At the conference, an important call for action was made to increase the available budget for mental health and psychosocial support (MHPSS). MHPSS is the catch-all term for various interventions addressing mental health needs, ranging from psychotherapy to music lessons. Policy makers and practitioners increasingly consider MHPSS to be a crucial element of humanitarian aid. They further expect MHPSS to have positive effects on political and socioeconomic goals such as ‘poverty reduction, peacebuilding, addressing gender-based violence and [the] reconstruction of affected areas and economies’.[4] This article argues that the pledged commitment and call for more funding should go hand-in-hand with

an increased investment in (academic) knowledge production on the functioning of MHPSS, as we currently lack a comprehensive understanding of these interventions, and in particular of their positive (potential) and negative (harmful) longer-term effects. UNCOVERING UNINTENDED EFFECTS Both practitioners and academics have warned of the possible unintentional harm MHPSS interventions may cause to their recipients.[5] Following Shah, harm can be a direct consequence of MHPSS interventions not being designed in a culturally appropriate manner, resulting in several negative consequences such as harm to psychological wellbeing and erosion of community’s trust in MHPSS.[6] For example, he described the case of combatants in Sub-Saharan Africa for whom conventional therapy would increase distress, as they believe talking about the people they killed invites angry spirits.[6] Adverse effects may also follow from the interplay between context and intervention, when sources of stress are left unaddressed and interventions subsequently run the risk of being negatively experienced as ‘irrelevant or imposed’.[7] According to Miller and Rasmussen, available data suggests that ‘daily stressors’ (social and material conditions such as poverty, family violence, unsafe housing, and social isolation) cause mental health problems, and therefore should be a priority in MHPSS.[8] If focus is limited to individual psychological trauma resulting from conflict or other humanitarian emergencies, the collective experience is overlooked and people’s capacity to recover is not strengthened.[7] Avoiding harm is a central point of attention within the internationally recognised IASC Guidelines on mental health and psychosocial support in emergency settings, which state that ‘the potential for

causing harm as an unintended, but nonetheless real, consequence must be considered and weighed from the outset’ in all humanitarian interventions.[9] Evaluations of interventions in the field of international cooperation, however, often fail to analyse unintended effects, and are therefore in need of more appropriate methodologies, as addressed by Koch and Schulpen in the article Introduction to the special issue ­‘unintended effects of international ­cooperation’.[10] Most evaluations exclusively focus on intended objectives and have a short-term design, thereby neglecting unintended effects, especially those which may only arise after a longer period of time. While the intended direct effects of MHPSS interventions have been rigorously assessed by randomised control trials (RCTs), this method is known for its risk of overlooking unanticipated outcomes. [11] Yet, analysing unintended effects is necessary to be able to plan the most adequate interventions and to mitigate the risk of doing harm. Unintended effects can thus be negative, causing harm, but they can also be positive, creating additional, unexpected benefits, or even neutral.[12] Positive unintended effects are particularly underrepresented in the literature,[10] which makes it more difficult to capitalise on them. So there are lessons to be learned that can help further improve MHPSS. WHAT ARE THE KNOWLEDGE GAPS? Our research team from Radboud University conducted a literature search between 1 July 2020 and 20 September 2020 to get a first impression of which unintended effects of MHPSS interventions have been described in academic literature between 2011 and 2019.[13] Based on the reference lists of seven recently published systematic reviews on MHPSS interventions in man-made

According to WHO’s estimates globally 1 out of every 4 people will be impacted by poor mental health or mental illness at some point in their lives. In high-income countries, 5 out of 10 people that require mental health (MH) or psychosocial support (PSS) cannot access the care they need. In low- and middle-income countries, this number rises to 9 out of 10 people. In the first 2 hours of the symposium we will discuss the state of the art in Global Mental Health, with a particular focus on psychosocial support in LMICs. 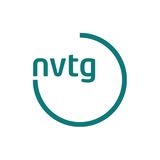