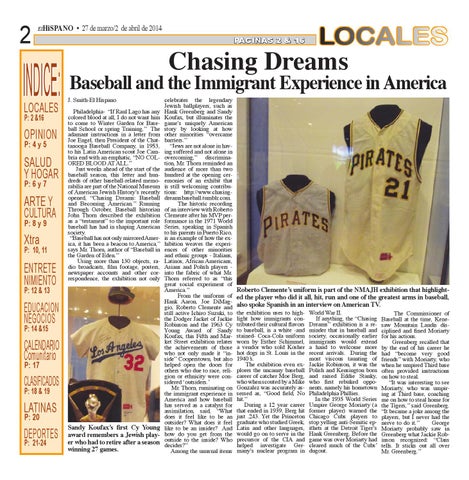 Philadelphia- “If Raul Lago has any colored blood at all, I do not want him to come to Winter Garden for Baseball School or spring Training.” The adamant instructions in a letter from Joe Engel, then President of the Chattanooga Baseball Company, in 1953, to his Latin American scout Joe Cambria end with an emphatic, “NO COLORED BLOOD AT ALL.” Just weeks ahead of the start of the baseball season, this letter and hundreds of other baseball-related memorabilia are part of the National Museum of American Jewish History’s recently opened, “Chasing Dreams: Baseball and Becoming American.” Running Through October, Baseball historian John Thorn described the exhibition as a “testament” to the important role baseball has had in shaping American society. “Baseball has not only mirrored America, it has been a beacon to America,” says Mr. Thorn, author of “Baseball in the Garden of Eden.” Using more than 130 objects, radio broadcasts, film footage, posters, newspaper accounts and other correspondence, the exhibition not only

Sandy Koufax’s first Cy Young award remembers a Jewish player who had to retire after a season winning 27 games.

celebrates the legendary Jewish ballplayers, such as Hank Greenberg and Sandy Koufax, but illuminates the game’s uniquely American story by looking at how other minorities “overcame barriers.” “Jews are not alone in having suffered and not alone in overcoming,” discrimination, Mr. Thorn reminded an audience of more than two hundred at the opening ceremonies of an exhibit that is still welcoming contributions: http://www.chasingdreamsbaseball.tumblr.com. The historic recording of an interview with Roberto Clemente after his MVP performance in the 1971 World Series, speaking in Spanish to his parents in Puerto Rico, is an example of how the exhibition weaves the experiences of other minorities and ethnic groups - Italians, Latinos, African Americans, Asians and Polish players into the fabric of what Mr. Thorn referred to as “this great social experiment of America.” From the uniforms of Hank Aaron, Joe DiMaggio, Roberto Clemente and still active Ichiro Suzuki, to the Dodger Jacket of Jackie Robinson and the 1963 Cy Young Award of Sandy Koufax, this Fifth and Market Street exhibition relates the achievements of those who not only made it “inside” Cooperstown, but also helped open the doors for others who due to race, religion or ethnicity were considered ‘outsiders.’ Mr. Thorn, ruminating on the immigrant experience in America and how baseball has served as a catalyst for assimilation, said, “What does it feel like to be an outsider? What does it feel like to be an insider? And how do you get from the outside to the inside? Who decides?” Among the unusual items

Roberto Clemente’s uniform is part of the NMAJH exhibition that highlighted the player who did it all, hit, run and one of the greatest arms in baseball, also spoke Spanish in an interview on American TV. the exhibition uses to highlight how immigrants contributed their cultural flavors to baseball, is a white -and stained- Coca-Cola uniform worn by Esther Schimmel, a vendor who sold Kosher hot dogs in St. Louis in the 1940’s. The exhibition even explores the uncanny baseball career of catcher Moe Berg, who when scouted by a Mike Gonzalez was accurately assessed as, “Good field, No hit.” During a 12 year career that ended in 1939, Berg hit just .243. Yet the Princeton graduate who studied Greek, Latin and other languages, would go on to serve in the precursor of the CIA and helped investigate Germany’s nuclear program in

World War II. If anything, the “Chasing Dreams” exhibition is a reminder that in baseball and society, occasionally earlier immigrants would extend a hand to welcome more recent arrivals. During the most viscous taunting of Jackie Robinson, it was the Polish and Kensington born and raised Eddie Stanky, who first rebuked opponents, namely his hometown Philadelphia Phillies. In the 1935 World Series Umpire George Moriarty (a former player) warned the Chicago Cubs players to stop yelling anti-Semitic epithets at the Detroit Tiger’s Hank Greenberg. Before the game was over Moriarty had cleared much of the Cubs’ dugout.

The Commissioner of Baseball at the time, Kenesaw Mountain Landis disciplined and fined Moriarty for his actions. Greenberg recalled that by the end of his career he had “become very good friends” with Moriarty, who when he umpired Third base often provided instructions on how to steal. “It was interesting to see Moriarty, who was umpiring at Third base, coaching me on how to steal home for the Tigers,” said Greenberg. “It became a joke among the players, but I never had the nerve to do it.” George Moriarty probably saw in Greenberg what Jackie Robinson recognized: “Class tells. It sticks out all over Mr. Greenberg.” 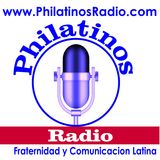