Who is the National Shooting Sports Foundation?

and enjoyment of the outdoors.

sible use of their products, and pro-

Foundation (NSSF) is the

NSSF has led the way in promoting

trade association for the firearms

industry. Its mission is to promote,

NSSF concentrates its efforts on

protect and preserve hunting and

the shooting sports. Formed in

relations program responds to the

that threatens the future of hunting,

freedoms, and our industry’s well-

being. NSSF works on both state and

federal level issues, along with work-

in and understanding of hunting

ing with many regulatory agencies,

industry has made products that

and the shooting sports; reaffirming

to protect the firearms industry and

have been part of our country’s

and strengthening our members’

make sure their business interests

commitment to the safe and respon-

his report details the sig-

years has been nothing short of

remarkable. Over the past couple

of years, the industry’s growth has

turers and sportsmen around the

has on the nation’s and each state’s

been driven by an unprecedented

number of Americans choosing to

exercise their fundamental right to

Noted in the economic impact re-

industry has experienced over the

keep and bear arms and purchase a

port is the significant taxes paid by

member companies to federal and state governments and the PittmanRobertson excise tax the industry pays on the products it sells – this tax is the major source of wildlife conservation funding in America.

times and high unemployment rates nationally, our industry has grown and created over 37,130 new, well-paying jobs over the past two years. Our industry is proud to be one of the bright spots in this economy.

Take a look for yourself and see

the impact we have nationally and on your home state. (See center spread.)

United States companies that manufacture, distribute and sell sporting firearms, ammunition and supplies are an important part of the country’s economy. Manufacturers of firearms, ammunition and supplies, along with the companies that sell and distribute these products, provide well paying jobs in America and pay significant amounts in tax to the state and Federal governments.

The Firearms & Ammunition Industry is an Important Part of America’s Economy Companies in the United States that manufacture, distribute and sell firearms, ammunition and hunting equipment employ as many as 99,820 people in the country and generate an additional 120,310 jobs in supplier and ancillary industries. These include jobs in companies supplying goods and services to manufacturers, distributors and retailers, as well as those that depend on sales to workers in the firearms and ammunition industry. [1] These are good jobs, paying an average of $47,280 in wages and benefits. And today, every job is important. In fact, in the United States the unemployment rate has reached 8.2 percent. This means that there are already 12,271,000 people trying to find jobs in the state and collecting unemployment benefits.[2] The Economic Benefit of The Industry Spreads Throughout the Country Not only does the manufacture and sale of firearms and hunting supplies create good jobs in the United States but the industry also contributes to the economy as a whole. In fact, in 2012 the firearms and ammunition industry was responsible for as much as $33.36 billion in total economic activity in the country.

Taxes Generated in the United States The Country Also Benefits from the Taxes Paid by the Industry Not only does the firearms and ammunition industry create jobs, it also generates sizable tax revenues. In the United States the industry and its employees pay over $2.1 billion in taxes including property, income, and sales based levies. [3]

[1] John Dunham and Associates, New York,, March 2012. Direct impacts include those jobs in firearms and ammunition manufacturers, as well as companies that manufacture products such as ammunition holders and magazines, cases, decoys, game calls, holsters, hunting equipment, scopes, clay pigeons and targets. Direct impacts also include those resulting from the wholesale distribution and retailing of firearms and ammunition in sporting goods retailers and variety/mass merchandise stores [2] The Bureau of Labor Statistics. Available online at: www.bis.gov/lau/home.htm. Data for 6/2012. [3] This is in addition to over $2.50 billion in Federal business taxes and $488.00 million in Federal excise taxes. Source: John Dunham and Associates, Inc. 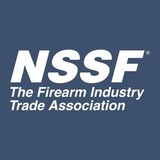 This report details the significant economic impact the firearms and ammunition industry has on the nation's and each state’s economy.

This report details the significant economic impact the firearms and ammunition industry has on the nation's and each state’s economy.