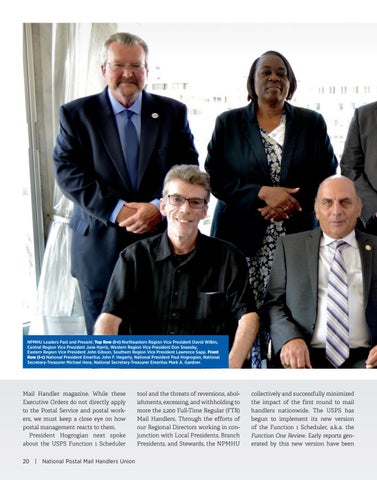 tool and the threats of reversions, abolishments, excessing, and withholding to more the 2,200 Full-Time Regular (FTR) Mail Handlers. Through the efforts of our Regional Directors working in conjunction with Local Presidents, Branch Presidents, and Stewards, the NPMHU

collectively and successfully minimized the impact of the first round to mail handlers nationwide. The USPS has begun to implement its new version of the Function 1 Scheduler, a.k.a. the Function One Review. Early reports generated by this new version have been