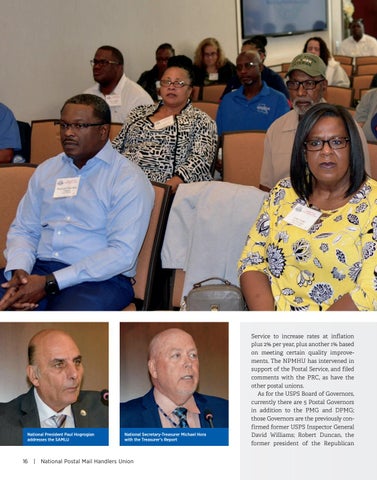 Service to increase rates at inflation plus 2% per year, plus another 1% based on meeting certain quality improvements. The NPMHU has intervened in support of the Postal Service, and filed comments with the PRC, as have the other postal unions. As for the USPS Board of Governors, currently there are 5 Postal Governors in addition to the PMG and DPMG; those Governors are the previously confirmed former USPS Inspector General David Williams; Robert Duncan, the former president of the Republican