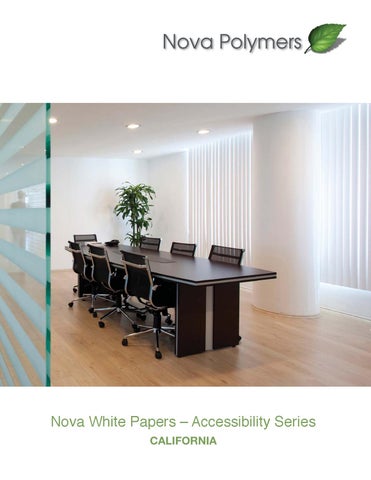 International Accessibility Standards: California Title 24 Summary California’s Title 24 is part of the California Code of Regulations (CCR) consisting of 28 sections and released by the Department of the State Architect (DSA). Title 24 covers the California Building Standards code. Signage regulations are located in multiple areas, but mainly in 1117B.5 Signs and identification. Additional areas of note include but are not limited to 1011.3 for tactile exit signage and 1022.8 for tactile floor identification signs in stairways. The most recent addition of the code was in 2010 and became effective January 1, 2011. Title 24 matches many of the national standards while providing unique requirements. Designers working in California must match Title 24 requirements as long as they are not in conflict with the Standard for Accessible Design(SAD). On July 19, 2012 the DSA released advisories related to code conflicts that will become effective on August 1, 2012. Because Title 24 has had stringent requirements for some time there are very few conflicts. Title 24 is enforced by Certified Access Specialists sanctioned by the state to verify that accessibility standards have been met, particularly in regards to Braille and tactile character standards. Enforcement officials use a document titled Checklist 17 that covers signage criteria that need to be met in buildings including identification, wayfinding, egress, and areas of refuge.

California Title 24 Scope • Like the national code Title 24 requires tactile signs for all permanent identification signs, and in addition there are additional requirements related to egress signs. • Visual sign guidelines are required on all identification and wayfinding signs. • Specific standards are included for the use of the International Symbol of Accessibility to identify accessible paths. International symbols are not required in mechanical areas or spaces that already have accessible entrances and exits established. Braille • Grade 2 Braille is required on all signs with specific requirement for Braille spacing. California has more stringent requirements than the national ADA with a separation of 2/10” between cells. California building inspectors often use a template to test for California Braille. • Braille must be underneath tactile letters on the sign a minimum of 3/8” away from any raised surface, but a maximum of ½” from raised characters. • Braille dots must be domed or rounded and be a minimum 1/40” off of the surface. Tactile Characters. • Tactile characters must be a minimum of 3/8” from any tactile surface. • Only upper case characters can be used. • ADA characters must be san serif with a stroke width where the uppercase letter “O” is 55 percent minimum and 110 percent maximum of the height of the uppercase letter “I”. • Stroke thickness of the uppercase “I” must be 15% or less of the height of the uppercase “I” • Raised characters cannot be less than 5/8” minimum and 2” maximum.

Nova Polymers Sign Height and Location • Signs should be installed on the wall adjacent to the latch side of the door. Where there is no wall space to the latch side of the door, including at double opening doors, signs should be sited on the nearest adjacent wall. Tactile Exit signs should be mounted on the approach side as one exits the space. • Signs cannot protrude more than 3” from the wall. • Sign heights are mounted 60” above floor level to the center of the sign. This contrasts with the national ADA where the mounting height is based on a range between the bottom and top of the raised text. A recent advisory by the DSA requires that the national code should supersede Title 24 for sign heights. Visual Characters • Similar to the national standards characters and numbers on signs need to be sized according to the viewing distance and height above ground starting with a minimum 5/8” height based on the letter I and additional character heights sized based on sign height and distance. • Visual letters can be upper case or upper/lower case. There is not mention of the use of serif type so the nation code should suffice allowing the use of serif or san serif type as long as decorative type faces, italics and oblique type is not used. Contrast • All signs must have a light background on a dark surface or a dark background on a light surface with a nonglare finish. This matches the national ADA. Dual Signs • While not specifically called out in Title 24 guidelines for dual signs are in the national code. Dual signs have been used in California in the past so they should be permissible. Restroom Signs • Men’s restroom signs must be represented by a triangle ¼” thick with 12” long edges and must contrast with the background door. The triangle edges must be rounded or chamfered with a minimum 1/8” radius. • Women’s restroom signs must be represented by a ¼” thick 12” diameter circle and must contrast with the background door. • Unisex restrooms must be represented by a ¼” thick triangle transimposed on a ¼” circle. The triangle must contrast with the circle which in turn must contrast with the background door. • All restrooms must have a sign mounted on the door and an accompanying wall mounted sign Symbols and Pictograms • The international symbol of accessibility must be used when accessible areas are identified. The symbol specified should consist of a white figure on a blue background and be equal to Color No. 15090 in Federal Standard 595B. There is no height requirement when symbols are not used for room identification. • When used for room identification pictograms must be within a 6” field with tactile and Braille text descriptors below following the ADA, even on restroom signs. • Symbols do not have to be tactile. • For publicly funded buildings a cleaner air symbol is required in accessible spaces for people impacted by airborne chemicals Design Recommendations • California must be compliant with all national codes. If the state code does not include a specific issue, default to the national code. • Title 24 is required to be followed for all projects but inspection specifically for signs is not required. Consult with a code inspector on guidance for when inspection is needed. • Dual signs are not called out in the code. Consult with the office of the state architect for guidance before using dual signs. • Character heights on visual signs beyond the minimum requirements are at the discretion and analysis of the designer based on the guidelines provided.

Nova Polymers • Code inspectors in California are particularly on the lookout for mistakes in Braille spacing or doming as well as tactile character standards. Make sure all signs are inspected and meet all the standards before installation. • There are no contrast requirements for signs but a minimum LRV of 60% is recommended. • Make sure to use the international symbol of accessibility with the exact shape and color specified in the code. • Review all areas of Title 24 related to signage. They are spread out throughout the code document.

California’s Title 24 is part of the California Code of Regulations (CCR) consisting of 28 sections and released by the Department of the State Architect (DSA). Title 24 covers the California Building Standards code. Signage regulationsare located in multiple areas, but mainly in 1117B.5 Signs and identifi cation. Additional areas of note include but are not limited to 1011.3 for tactile exit signage and 1022.8 for tactile fl oor identifi cation signs in stairways. Themost recent addition of the code was in 2010 and became effective January 1, 2011. Title 24 matches many of the national standards while providing unique requirements. Designers working in California must match Title 24requirements as long as they are not in confl ict with the Standard for Accessible Design(SAD). On July 19, 2012 the DSA released advisories related to code confl icts that will become effective on August 1, 2012. Because Title 24 hashad stringent requirements for some time there are very few conflicts. 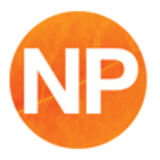