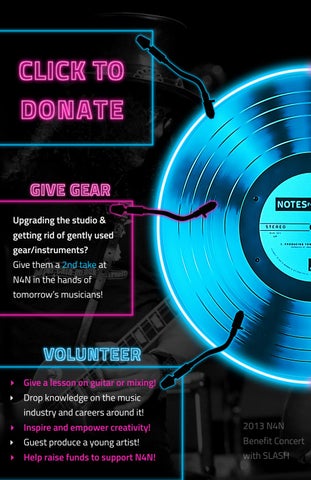 Upgrading the studio & getting rid of gently used gear/instruments? Give them a 2nd take at N4N in the hands of tomorrow’s musicians!

‣ Give a lesson on guitar or mixing! ‣

Drop knowledge on the music industry and careers around it!

Leverage your voice, platforms and network to advocate and connect N4N to more youth, artists and supporters!

Add $ per ticket on your tour for the N4N Reverb store