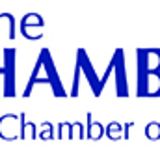 By Sen. Joan B. Lovely and Rep. Patricia A. Haddad

Reps. Susan Walker Fitzgerald and M. Sylvia Donaldson were the pioneers. In 1923, they became the first two women elected to the Massachusetts state Legislature following the 1920 passage of the 19th amendment granting women the right to vote and hold office.

But that imbalance is shifting. Today, women make up an all-time high of 31 percent of the Massachusetts state Legislature.

And the Massachusetts Caucus of Women Legislators is working to keep up that momentum.

The Caucus was established in 1975 for a dual purpose — to support the hot-topic Equal Rights Amendment and to foster a sense of camaraderie for the 14 female state representatives who were then serving in the Legislature. Founding members of the Caucus included Doris Bunte, the first Black woman elected to the Massachusetts state Legislature.

At the time, Caucus members would support each other on the floor of the House of Representatives by relinquishing their speaking time to one another. They would then offer their undivided attention when a female colleague spoke — affording them a level of respect that they did not always receive from their male colleagues.

Since its founding, the Caucus has taken on different policy issues to support Massachusetts women. But there is a strong, consistent thread of support among Caucus members that has guided our work over the decades.

We have maintained our initial focus on support and camaraderie, but have also importantly expanded our reach to address the most pressing policy issues facing women in Massachusetts.

While still a minority of the 200-member Legislature, the 62 members of the Women’s Caucus today are a

Sen. Joan Lovely, D-Salem, has been representing the 2nd Essex district in the state Senate since 2013. She previously served on the Salem City Council from 1998 to 2012 and was Council president in 2001 and 2012. She currently serves as a Senate Assistant Majority Leader.

force to be reckoned with — holding leadership titles that include Senate President, Senate President Emerita, Speaker Pro Tempore, House and Senate Majority Leaders and Assistant Majority and Minority Leaders, and Senate Assistant Whips. Women also serve as committee chairs and vice chairs, including of the Senate and House Ways & Means Committees, and are the leading experts on policies ranging from energy to health care.

It is our distinct honor to co-chair the Massachusetts Caucus of Women Legislators for the 2021-2022 legislative session. Together with the Board of Directors and our executive director, Nora Bent, we aim to harness the power of our members to advance issues that predominately affect women.

Our strategic priorities for this session focus on COVID-19’s disparate impact on women, health access and racial disparities, and empowering women in government. We will work to support legislation, raise awareness and make changes on these important issues.

Legislatively, we are focusing on four priorities that span these topics.

The “she-cession” that has arisen from the COVID-19 pandemic has forced millions of women nationally out of the workforce. This has highlighted the omnipresent lack of affordable and accessible child care. We are prioritizing the work of the Special Legislative Early Education and Care Economic Review Commission, chaired by Rep. Alice Hanlon Peisch and Sen. Jason Lewis, to reimagine our child care infrastructure, leading to an equitable recovery.

In addition, we are prioritizing an “Act to increase access to disposable menstrual products in prisons, homeless shelters and public schools,” filed by Reps. Christine Barber and Jay Livingstone and Sen. Patricia Jehlen. This bill would ensure access to menstrual products to vulnerable populations.

We are also prioritizing an “Act supporting parents running for public office,” filed by Reps. Joan Meschino and Mike Connolly and Sen. Jehlen, to allow campaign funds to be used to pay for child care, promoting equity and leading to a more diverse elected body.

An “Act relative to the creation of a women’s rights history trail,” filed by Reps. Hannah Kane and Carolyn Dykema and Sen. Lovely, seeks to highlight trailblazing women who have made a difference in Massachusetts.

We are also expanding our nonlegislative initiatives to further speak to our strategic priorities.

From policies that create opportunities for women of all ages to highlighting and amplifying the voices of women, Caucus members continue to show up for their colleagues and for women across Massachusetts.

Bipartisan and bicameral in nature, the Caucus is a unique entity on Beacon Hill, bringing together all the women who serve. Our membership spans generations, geography, backgrounds, cultures and political views.

It is exactly through that diversity that we are strong. We come together on issues that impact all women, using our lived experience to ensure that the generations of women to come have expanded opportunities.

We also know that we cannot do this work alone. It is through our community partners, our members’ constituents and women across the state that we are successful. Please reach out to the Caucus to connect with our work. I

for being recognized with a North Shore Chamber of Commerce Diamond Award!

From all of us at Northeast Arc, thank you, Jo Ann, for your leadership in making the North Shore an inclusive community for people with disabilities.