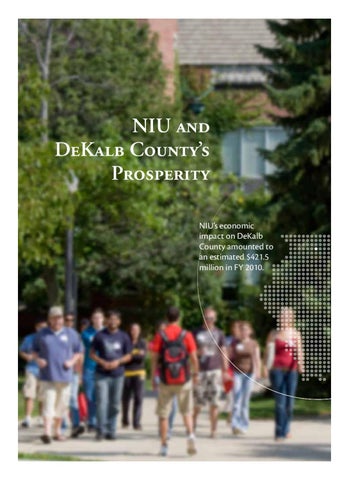 Although an institution the size of NIU brings direct economic benefit to communities throughout northern Illinois, the greatest impact is on DeKalb County. For instance, 53% (or $79.9 million) of university wages and salaries stay within the county. Much of this money flows to local business and government. An even larger percentage of NIU’s operating expenditures occur within the county – almost 80% (or $48.9 million) in FY 2010. However, the largest economic boost comes from students, visitors, and capital expenditures. Virtually 100% of this spending occurs within DeKalb County. This amounted to an estimated $161.8 million in FY 2010.

DeKalb County experiences additional economic benefits as these direct expenditures ripple through the local economy and stimulate additional activity by putting suppliers and their employees to work. In fact, another $130.9 million in economic impacts result from these “ripples” of economic activities. In all, NIU’s economic impact on DeKalb County amounted to an estimated $421.5 million in FY 2010.

* Estimates of student and visitor spending were based on the NIU Economic Impact Study by Peddle, Kise, and Lewis (1995).

Creating a Vibrant Artistic, Cultural, and Recreational Life NIU contributes to the quality of life for local residents in many other ways. In addition to providing an array of vital healthcare services at no or low cost, NIU sponsors a host of recreational, cultural, and artistic activities that are open to the public. As the center for social, academic, and athletic events on campus, the 10,000-seat, multipurpose Convocation Center brings the community and university together to experience a variety of events. Over 287,500 people attended Convo Center events in FY 2010. Additionally, other university-affiliated events bring large numbers of visitors to campus: NIUâ&#x20AC;&#x2122;s Artist Series brings touring musicians and theatre troupes to DeKalb, many university departments sponsor conferences and workshops, the Graduate Colloquium Committee invites scholars and scientists to lecture, and NIU Athletics offers exciting sporting events that bring fans to DeKalb to join students and local residents in cheering on the Huskies.

The Community Cares Clinic is a collaboration between KishHealth System, NIU and private donors that provides affordable primary medical care to area residents. The clinic also serves as a clinical training site for NIU students in the healthcare professions. 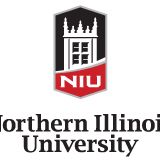 NIU’s economic impact on DeKalb County amounted to an estimated $421.5 million in FY 2010. Although an institution the size of NIU brings di...

NIU’s economic impact on DeKalb County amounted to an estimated $421.5 million in FY 2010. Although an institution the size of NIU brings di...