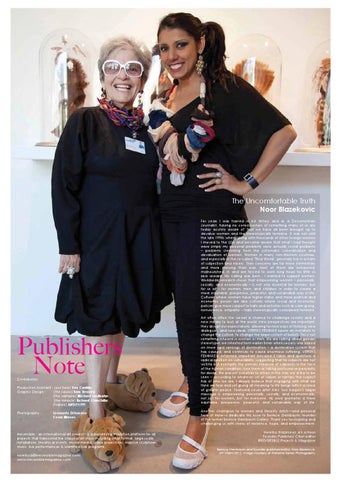 The Uncomfortable Truth Noor Blazekovic For years I was trained in Art History and as a Documentary Journalist, having no consciousness of something many of us are today acutely aware of: that we have all been brought up to devalue women and the stereotypically feminine. It was not until the late 1990s when, along with thousands of other foreign women I moved to the USA and became aware that what I had thought were simply my personal problems were actually social problems – problems stemming from the systematic subordination and devaluation of women. Women in many non-Western countries, and especially in the so-called ‘Third World’, generally live in a state of subjection and misery. Their concerns are far more elementary and more pressing than ours. Most of them are exhausted, malnourished, ill, and are forced to work long hours for little or zero reward. My calling was born - I wanted to support women. Worldwide research shows that empowering women – personally, socially, and economically – is not only essential for women, but for us all – for women, men, and children, in order to create a more equitable, prosperous, peaceful, and sustainable way of life. Cultures where women have higher status and more political and economic power are also cultures where social and economic policies give more support to traits and activities such as care-giving, nonviolence, empathy – traits stereotypically considered feminine.

Art often offers the viewer a chance to challenge society and a new means to look at the world. New perspectives are important: they disrupt our expectations, allowing for new ways of thinking, new dialogues, and new ideas. VERITAS FEMINAE opens an invitation to change the culture, to change the larger system of beliefs. This is not something inherent in women or men. We are talking about gender stereotypes we inherited from earlier times when society was based on more rigid rankings of domination – a domination system that has caused, and continues to cause enormous suffering. VERITAS FEMINAE is extremely important because it takes and questions a radical position on vulnerability; suggesting that his subjects are not victims but exemplify the primary measure of capacity in the face of the human condition. I see them as taking profound responsibility for desire. We present ourselves to others in the way we’d like to be seen – according to whatever set of values or fantasy the subject has of who we are. I deeply believe that engaging with what we think we fear and yet giving all meaning to life brings with it a sense of greater peace. Featured cover artist Alec Von Bargen’s larger message is empowering personally, socially, and economically, not just for women, but for everyone. His work promotes a more equitable, prosperous, peaceful, and sustainable way of life. Another champion to women and minority artists—and personal hero of mine—I dedicate this issue to Bernice Steinbaum, founder of the former Bernice Steinbaum Gallery. Thank you for inspiring and challenging us with stories of resilience, hope, and empowerment. Norelkys Blazekovic a.k.a Noor Founder Publisher/ Chief editor IRREVERSIBLE Projects &amp; Magazine Bernice Steinbaum and founder publisher/editor Noor Blazekovic Art Miami 2012, image courtesy of Natasha Kertes Photography 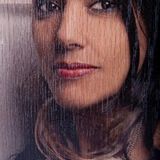