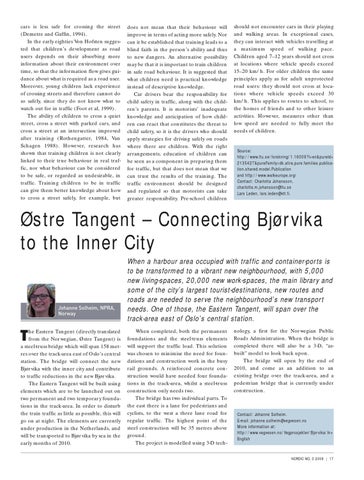 cars is less safe for crossing the street (Demetre and Gaffin, 1994). In the early eighties Von Hofsten suggested that children’s development as road users depends on their absorbing more information about their environment over time, so that the information flow gives guidance about what is required as a road user. Moreover, young children lack experience of crossing streets and therefore cannot do so safely, since they do not know what to watch out for in traffic (Foot et al, 1999). The ability of children to cross a quiet street, cross a street with parked cars, and cross a street at an intersection improved after training (Rothengatter, 1984, Van Schagen 1988). However, research has shown that training children is not clearly linked to their true behaviour in real traffic, nor what behaviour can be considered to be safe, or regarded as undesirable, in traffic. Training children to be in traffic can give them better knowledge about how to cross a street safely, for example, but

does not mean that their behaviour will improve in terms of acting more safely. Nor can it be established that training leads to a blind faith in the person’s ability and thus to new dangers. An alternative possibility may be that it is important to train children in safe road behaviour. It is suggested that what children need is practical knowledge instead of descriptive knowledge. Car drivers bear the responsibility for child safety in traffic, along with the children’s parents. It is motorists’ inadequate knowledge and anticipation of how children can react that constitutes the threat to child safety, so it is the drivers who should apply strategies for driving safely on roads where there are children. With the right arrangements, education of children can be seen as a component in preparing them for traffic, but that does not mean that we can trust the results of the training. The traffic environment should be designed and regulated so that motorists can take greater responsibility. Pre-school children

he Eastern Tangent (directly translated from the Norwegian, Østre Tangent) is a steel-truss bridge which will span 158 metres over the track-area east of Oslo’s central station. The bridge will connect the new Bjørvika with the inner city and contribute to traffic reductions in the new Bjørvika. The Eastern Tangent will be built using elements which are to be launched out on two permanent and two temporary foundations in the track-area. In order to disturb the train traffic as little as possible, this will go on at night. The elements are currently under production in the Netherlands, and will be transported to Bjørvika by sea in the early months of 2010.

When a harbour area occupied with traffic and container-ports is to be transformed to a vibrant new neighbourhood, with 5,000 new living-spaces, 20,000 new work-spaces, the main library and some of the city’s largest tourist-destinations, new routes and roads are needed to serve the neighbourhood’s new transport needs. One of those, the Eastern Tangent, will span over the track-area east of Oslo’s central station. When completed, both the permanent foundations and the steel-truss elements will support the traffic load. This solution was chosen to minimise the need for foundations and construction work in the busy rail grounds. A reinforced concrete construction would have needed four foundations in the track-area, whilst a steel-truss construction only needs two. The bridge has two individual parts. To the east there is a lane for pedestrians and cyclists, to the west a three lane road for regular traffic. The highest point of the steel construction will be 35 metres above ground. The project is modelled using 3-D tech-

nology, a first for the Norwegian Public Roads Administration. When the bridge is completed there will also be a 3-D, “asbuilt” model to look back upon. The bridge will open by the end of 2010, and come as an addition to an existing bridge over the track-area, and a pedestrian bridge that is currently under construction.

A joint publication with the latest research findings of six public research organisations in Denmark, Finland, Iceland, Norway and Sweden. 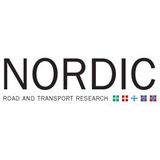