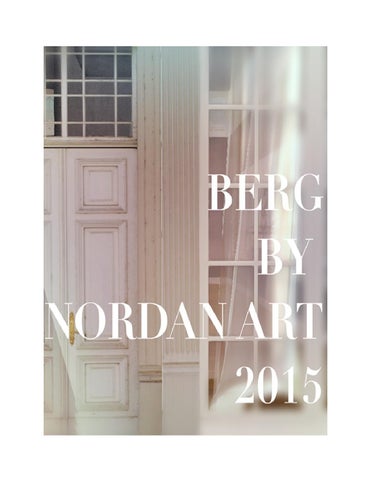 When I was asked by Kate Bergdorf last year to be the first artist to exhibit in her small gallery Berg by Nordan Art my exhibit ReZilience, there was no sign whatsoever that she would reappear on the stage of virtual art. Yet this she did with a new appetite and with an inextinguishable desire to promote, show and host Second Life artists. In less than a year the small gallery opened its doors to renowned artists Piedra Lubitsch, Harbor Galaxy and, most recently, Sina Souza. Kate has also added space on the ground to allow for a wider range of artistic expression and the talented Giovanna Cerise is presently the first artist to show an installation there. Kate is like one of those turn-of-the-century patrons of the arts or art collectors. These individuals worked primarily for the sake of art and for the pleasure of sharing with their peers the exposure of new artistic trends and new thoughts on art, not expecting any income. This way of being is in my opinion in itself a form of art and it is a kind of approach that is in fact not that unusual in Second Life. I would like to thank all the persons, these modern patrons of the arts, who have opened their galleries and installation spaces, given their time, talent and money to promote Second Life artists. Stay tuned, 2016 promises to be a great year! Tutsy Navarathna

I would like to first thank Huckleberry Hax, the editor of Berg by Nordan Art 2015, for once again agreeing to put together a Nordan Art Issuu publication. The first one that Huck edited, “Nordan Art: A Retrospective 2010 to 2011,” was a collaboration, but his idea originally and turned out to be a great representation of artists and their work in Second Life for that period of time. I anticipate that this volume will follow suit. I also want to thank Tutsy Navarathna for showing his work at Berg by Nordan Art. He was the first one to exhibit in the gallery after it having been closed for several years. I firmly believe that it was in part Tutsy’s exhibit that put Nordan Art back on the map again. I am pleased that as of late he has also become more involved in various organizational aspects of the gallery itself. I think we share a vision about art in Second Life in general and working together on the gallery comes very easy. Thank you to all artists who exhibited in Berg by Nordan Art this year. Without you there would not have been a gallery and we also would not have this book. I am touched and also blown away when I see your work and feel fortunate to share it with visitors who come to Nordan om Jorden. To me, you and your art make Second Life a better place. Last but not least, thank you to d-oo-b, aka Eif, our Nordan Art house DJ, for providing music at the openings. The openings would not have been the same without you. Also, a big thank you Helene Lytton for creating the beautiful Berg by Nordan Art logo. Kate Bergdorf

Piedra Lubitschâ&amp;#x20AC;&amp;#x2122;s work is playful, silly, dark and beautiful, sometimes all at once. She is someone who has mastered capturing everyday lives of people in Second Life. Her photographs are the kind that one finds oneself drawn into and ends up standing in front of for a while. Piedra has exhibited widely in Second Life, several times at the Lollygagger Gallery, and also once at the original Nordan Art gallery a few years back.

&quot;It&#39;s a trick of the light&quot; by Piedra Lubitsch

Harbor Galaxyâ&amp;#x20AC;&amp;#x2122;s images seem more like paintings than photographs to me. There is a minimalist feel to her work, yet color, subject, and backdrop come together to form a complex and generally melancholy and sensual whole. Harbor has exhibited widely in Second Life; I first saw her work two years ago or so at Ernie Farstriderâ&amp;#x20AC;&amp;#x2122;s gallery NORTH. At that time I had closed my gallery Nordan Art, but still had the urge to get involved with art in some way. I contacted Harbor and we put together an interview for my blog The Virtual Review.

Giovanna Ceriseâ&amp;#x20AC;&amp;#x2122;s art form is large installations. These are generally geometrically configured and inspired by poetry, literature or music. Her works are majestic, integrating often in addition to geometric shapes and lines movement and light. Giovanna shows her large installations in Second Life multiple times per year and is often sponsored by the Linden Endowment for the Arts; most recently we saw her installation Tristan and Isolde sponsored by Italian Verse in July this year. Giovanna had prepared an installation for Nordan Art a few years back, but due to unfortunate circumstances the gallery closed before her work could be exhibited. I am very pleased to have had a second chance to show her work at Berg by Nordan Art now.

Sina Souzaâ&amp;#x20AC;&amp;#x2122;s images are bold. Displayed on large surfaces, her photographs display powerful images with strong messages. Usually the colors are dark; grey, brown and black dominate. Sina has her own gallery, Mind Factory, and has also exhibited all over Second Life for the past three years or so, most recently at the Nitroglobus Gallery with Sabbian Paine. She has a Fine Art America website where most of her images can be purchased.

“The transience of existence” by Sina Souza

Recently in real life, whilst taking a lunch break, I visited an art gallery. It’s not something I ordinarily do (in fact, taking any sort of lunch break at all is something of a luxury for me) and when I do do it, it’s not something I do because I’m particularly into or knowledgeable about art. I’m not. On this visit, I encountered the paintings of Ben Johnson, and for twenty alltoo-short minutes I became lost in the world of his incredible detail. I could have spent this time looking at just one of his works and still it would have been insufficient. I had never, incidentally, heard of Ben Johnson before entering the gallery. That’s what galleries are for for people like me, who know really very little about this vast, undefinable thing called art. They’re a way in, a signpost, a taster, a pause. They’re a moment outside of what ordinarily is. Sometimes they’re nothing more than that, but sometimes they lead in new directions. My association with Nordan Art back in 2011 resulted in me encountering the work of Paola Tauber, whose photographs were the first SL images to really wow me. Later that year, Paola took me on an hour-long internet tour of some of her favourite photographs, SL and RL. I think this was probably one of the most useful hours I’ve ever spent in terms of the amount of impact it ended up having on my own work. I now think of photography as being one of the things I ‘do’ in SL. And it all started with an art gallery. I hope you have enjoyed looking at the beautiful images in this book. If you have a few minutes to spare one day, why not come to Berg by Nordan Art to spend time with some more? Even a twenty minute lunch break some days can yield some interesting new directions. Huckleberry Hax 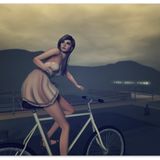